Positions of the Parties

In 1943 the USA was not afraid of any enemy in Europe. Europe was far from the USA and Germany could not actually be a threat to such a powerful state as the United States. But there was one thing which worried American government - the United Kingdom. If Great Britain entered the war that might help to return their former power which was not in plans of the United States. Formerly UK was a powerful country with great influence as an Atlantic country.

Britain was afraid that in case the Soviets win, Europe can become another Soviet Republic. By the way using that fear Germany, in theory, could ask for a support of the West, to stop soviet troops and thus to stay on a political map of the world.

Moscow, at the same time, wanted opening of the second front. Soviets fought to break the Nazi regime and to get a bigger influence in the world politics. After the Great October Revolution in 1917 Soviet Union was not treated seriously by other world. It was a country of Lenin and Stalin and many European countries preferred to stay away from communists. Moscow also understood that it would be difficult to win without American land-lease program and opening of the West front.

These three super states were allies in a fight against fascist Germany. Great Britain and USA supplied ammunition and technique to the USSR while the Soviet Union won a strategic battle near Stalingrad and Kursk. But at the same time all allies had different aims and often contradictory interests. They say Churchill and Roosevelt went to Iran not knowing exactly whom to support: Germany or the USSR.

All leaders had different opinions about the place of possible meeting. Stalin wanted to meet on the soviet territory – in Astrakhan or in Arkhangelsk. Roosevelt considered USSR not to be suitable and wanted to meet in Alaska. Stalin was against it. He did not want to be far from the front. Other possible variants were Baghdad and Cairo, but they were also rejected. Finally Teheran was chosen.

This city was in good relations with Germany. Some military specialists from Germany were there but in 1941 soviet troops as well as a group of soldiers from the Great Britain and USA entered Iran. A capture of the city was fast and bloodless but troops of allies got not only the city. They got a strong net of German agents. A concealed war between intelligence of different countries started there. Dead bodies of people which looked like European were often found in the streets. Agents of other intelligence service killed their rivals without talking.

The situation in Teheran was complicated, yet under control. Most of local people sympathized the Soviet Union. It made the work of Soviet secret service easy.

At the end of November Stalin left Moscow. A special train with Stalin had a route Moscow – Stalingrad – Baku. Stalin was in a railway car made of shell-proof steel. The weight of the car was around 80 tons. Beria (a first assistant of Stalin and his right hand) also had a separate car. He was responsible for a safety of the delegation of top Soviet executives. Once the train was almost hit by German aircraft. From Baku Stalin went to Teheran by plane.

Roosevelt crossed the Atlantic Ocean by the best American battleship “Iowa”. The ship avoided Nazi submarines but was trapped by a severe storm. The trip lasted 9 days and ended in Algeria. From there Roosevelt made his way to Cairo to meet Churchill. They wanted to coordinate their position before meeting Stalin.

In Tehran itself the president of the USA stayed in a soviet embassy which was opposite the British embassy. It was done as a safety measure. A tarpaulin corridor was built between the embassies so it was not possible to see people going here and there.

This diplomatic complex of both embassies was surrounded by three circles of soldiers and tanks. For three days of conference the city was totally blocked by military and special service agents. The activity of all mass media sources was stopped for three days. The phone, telegraph and radio were switched off. Even families of soviet diplomatic mission were temporary evacuated.

The attitude of Nazis to the meeting is still not known for sure. They say Stalin had information that Otto Skortseni prepared a plan “The Long Jump” to eliminate leaders of three countries. Later Otto Scorceni did not confirm it.

Still there are some facts pointing on the existence of this plan. First Nazi planned to attack Roosevelt between American and British embassy. The other option was to attack leaders of three countries in the day of Roosevelt birthday, the 30th of November 1943. He was 69 and Nazi assumed that all leaders will come together to congratulate Roosevelt. One of German agents was arrested in a couple of months before the meeting and he avouched about the plan to get to the embassy via sewage system.

Also it is believed that Nazi tried to bribe a priest of the only Christian church in Tehran – Father Mikhail. According to known documents he was offered the incredible amount of 50000 GBP to carry explosives to the embassy. Father Mikhail did not really like Stalin, but he revealed these plans to soviets.

German intelligence was persistent and prepared two special units which were delivered to the suburbs of Teheran. 3 traps were set on the way of Roosevelt to the embassy, but Roosevelt luckily escaped them. He did not even come to the American embassy. Instead he went directly to the embassy of the USSR.

We do not know what else was prepared by Nazi. They say that British intelligence has some more documents relating to these events but they will be de-classified only after 2017.

Anyway Russian and British agents managed to capture one of the groups of diversionists and the other one was eliminated. The last known plan was to hire a plane, load it with explosives and to aim it on the embassy. They even found a terrorist – kamikaze to do it, but it was too late. The meeting was over. 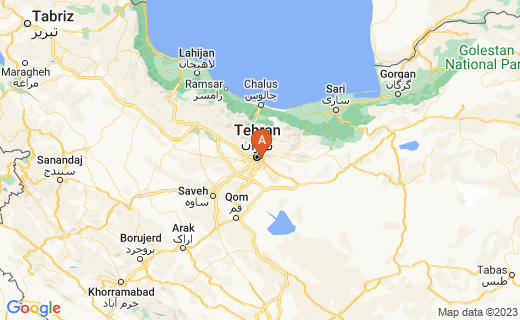 Words and deeds about the Second front

Prior to meeting Stalin gave a task to collect information about the possibility of opening second front. He wanted to know a possibility of such event and exact terms, not declarative promises.

On the 09th of October central intelligence board of the Soviet Army got information that the main reason of delay in second front opening is purely political.

Soon they had a word-by-word translation of a classified American-British Plan “Overlord”. It was a plan of landing of allies to North-West coast of France. Stalin was infuriated by the fact that this plan was finished in July 1943. It was a time of incredible tank fight near Kursk, while Churchill and Roosevelt found different excuses not to open the second front and thousands of Soviet soldiers died near Kursk.

Prior to a meeting in Teheran there was another meeting of the heads of ministries of foreign affairs was held in Moscow. Discussions were held from the 19th to the 30th of October. As a result of discussions between Molotov, K.Hell from the USA and A. Iden from the Great Britain a joint communiqués was signed. The main idea of the communiqué was that the “Allies countries consider finishing of war as the main goal”. The exact terms of opening of the second front were not coordinated.

All sides had their own expectation from this meeting but in general it was necessary to discuss the following subjects:

- to determine the exact dates of opening of the second front;

- to determine the future of Europe without Hitler and possibility to divide Germany into 5 countries;

- to find ways of restoration of Poland;

- to determine the future of Lithuania, Latvia and Estonia;

- to coordinate conditions of sovereignty, independence of Iran and a territory unity of Iran;

As a result the following subjects were discussed:

Possibility of Division of Germany into 5 separate countries (offered by Roosevelt, objected by Stalin).

It was decided that USA, USSR and Great Britain would like to keep the independency, sovereignty and territorial integrity of Iran.

It was decided that the border of the country will be along the Kerzon line, western border –along Order.

The weather became cold in the evening of the 01st of December. Snow and bad weather conditions made Roosevelt to hurry up with a final document coordination. The text of declaration was rapidly prepared and signed. Interpreter of Stalin V.Berezhkov remembered that signatures under this important document were collected by questioning method. Each head of the delegation separately signed it. “After all of signatures were collected we had a pretty wrinkled sheet of paper with signatures made by pencil.” The appearance of the document did not correspond to its upper importance. Later this document was called the “Tehran declaration of the three powers”.

It was declared that the participants of the conference coordinated plans of Germany army elimination and terms of attacks which will be made from west, east and south.

The Soviet delegation left Tehran on the 02nd of December. Later Stalin wrote a letter to Roosevelt stating the ultimate importance of made decisions. He wrote: “I hope that a common enemy of our peoples – a Nazi Germany would feel it.”

The history might have another turn if the German intelligence killed at least one of the leaders. But all happened exactly as it was written in the history books. On the 06th of June 1944 allies landed on the shore of Normandy and on the 10th of October 1946 a first meeting of the general Assembly of Organization of United Nations was opened.