Starting from autumn 1932 the Soviets declared a war against peasants. More than 55 thousand people were sentenced to 10 years in prison and concentration camps according the law “About 5 ears of corn”. (If you take from the field more, than 5 ears of corn you will be sentenced). Special product collection teams supported by local communists took from peasants away almost all food stuff. Incredible famine spread in 1932 – 1933 all over Ukraine, lower part of Volga river, and numerous regions in the south of Russia. Cannibalism, dead villages were so frequent that did not surprise anyone at all.

Results of food expropriation were a real catastrophe. Around 5-7 million of people died only in Ukraine.

Famine of 1932-1933 is as important for all Ukrainians as a holocaust is important for Jews. It became a tragedy on the national importance. It broke the nation and left deep social and psychological scars in the heart of Ukrainians.

History has no a united approach to the background of this catastrophe. In general it was a result of several factors. Western scientists say that the main cause of it was a desire of Stalin to eliminate Ukrainian national movements and the desire of Ukraine to live separately from the USSR with help of hunger, starvation and death of a nation.

Others find an economic ground of a famine in Ukraine. The country needed food and the Communist Party used all methods to feed the country.

The most horrible fact is that famine could be avoided. Harvest of grain in 1932 was higher than in 1931. There was enough food for the country, but the government confiscated food for own consumption. Stalin approved high plans of collecting harvest in 1932. It was 44 % higher than in a previous year. This decision and cruelty of its execution doomed millions of people (mostly in Ukraine).

The government did not care about the suffering of people. In August 1932 communists adopted legislative grounds to confiscate grain from peasants and collective farms. At the same time another law was adopted about the death penalty for stealing of collective property. Under some circumstances capital punishment could be substituted by 10 years of imprisonment.

Internal passports were implemented to limit the ability of people to travel around the country looking for food (by the way we still have 2 different passports – internal and separately a passport for travelling abroad). In November 1932 Moscow published a law prohibiting to give grain to peasants till the planned amount harvest is collected.

Of course people threatened by a possibility to stay without food started to hide their own food stuff, but food confiscation teams consisting of communists and active citizens were moving all over Ukraine and Southern Russia searching for hidden supplies. They searched the walls, tore away floors and took everything they could find. Even people swollen from hunger were not an exception. If someone was not hungry, authority might think that he was hiding food somewhere. Later on one of party members explained why they did it: “We believed that Stalin is a wise leader.. We were cheated because we wanted to be cheated. We believed in communism so much, that we were ready to commit any crime if it was decorated by a little piece of a communist ideology”.

In the beginning of 1933, famine, which started in 1932 was in full swing. It was calculated that a family of peasants consisting of 5 people had around 80 kilos of grain to live till the next harvest. That is 1,7 kg of grain per person per month. People in villages had to eat cats, dogs, rats, bark of trees and leaves, dried acacia beans, straw – anything they could find.

Cannibalism was not rare. Historians say that in families men died first, then children and finally women. Often people drove crazy, losing their human nature. But the orders of the Party were more important and communists kept collecting food. They did not care for death of whole villages, not just some people.

Stalin and members of government had their own vision of the events in the country. One of Stalins assistant M. Khataevich proudly said: “ There is a severe fight between peasants and the Soviets. This is a death fight. This year became a test of our power and peoples endurance. Famine told them who is the boss here. Famine took thousands of lives but our system will exist forever. We won the war!”

While Ukraine and Caucasus were dying from hunger, most parts of Russia did not even know about it. That gives an understanding of the real causes of hunger- to suppress the Ukrainian nation and to make peasants unite in kolkhozes. The aim of a socialism was the elimination of an individual land owning and famine was the best argument to create kolkhozes in Ukraine.

A very important side of famine was a total denial of this fact in the Soviet Union. If the information about it was widely spread it would damage the image of the Soviet Union both inside of the country and abroad. That is why the topic of famine 1932-1933 was forbidden for decades in the USSR.

Some mass media source abroad informed about the horrible situation with famine, but they often did not even know the real scale of the tragedy. It was hard to believe that the Soviet Union exported wheat, rejected any help from abroad and, at the same, time people massively died from starvation. J Bernard Show and ex premier of France Edward Errio visited the Soviet union but they were shown only what they were allowed to see. They were excited by the achievements of the Soviet country and described satisfied and fed up peasants in villages. U. Duranti, a Moscow correspondent of “New York times” also denied the existence of famine in The USSR. They say he wanted to flatter Stalin and actually he succeeded because he was awarded a Pulitzer prize in literature “For an objective, sober evaluation and exclusively clear description of the life in the USSR” in his reports.

Governments of western countries knew about a real situation with famine. Their position was in general similar to that declared in the documents of the ministry of foreign affairs of Great Britain namely: “We have a certain amount of information about a famine in the South of Russia, but we do not want to make the information public as it may offend the Soviet Government and negatively influence our relations with Soviets”. Besides many western intellectuals expressed sympathy to the Soviet Union in a period of Big Depression and denied any criticism of the USSR. 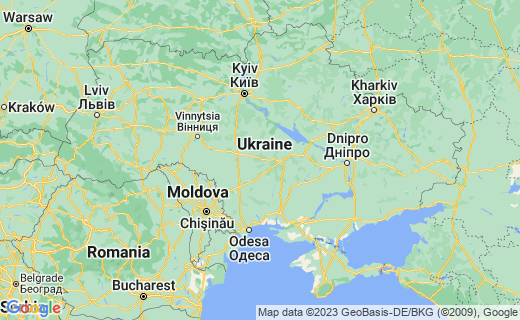 “The border between Ukraine and Poland was marked by a Korchyk River in Rovno region in 1932. Relatives from Poland tried to help those who stayed in Ukraine and made little rafts with food. The river flow took these rafts to the border of Ukraine but people seldom could use this help. Soviet border control was checking out the river bank regularly. Together with Soviet Army troops they watched the border line day and night. Those who tried to approach the river were shot. Many people including children and women were killed. “

“Our village died of starvation, many people ... Sometimes people ate dogs and cats. People became crazy from hunger and ate even human flesh. It was a terrible time in the Ukraine. Famine was worse than war. .”

“When I was 12, I was convicted to 5 years of hard work just for taking some ears of wheat. Mom and sister were swollen and I saw how she died. We were saved by mice. We found mice and place where they store grain for winter. We dug them in and took some grain from holes....”

“They took everything. If found, all was taken away. This was the decision of the Party and the government. If people hid something, they could be exiled to Siberia. People gave everything even without being threatened by a weapon. Because they feared that they can be exiled”.

"There was a distillery in Babai village and big tanks with production waste were near it. Hungry people tried to eat draff and died of colic right there. The corpses were taken to the cemetery and buried like animals ... distillery was working making alcohol out of corn while people had nothing to eat! "

The woman has not identified himself, born in 1924 .,village Babai Kharkiv region

Hunger began in 1932. The crop was good that year, but all collected crop was taken by state... People could not go to work and died like flies. Sometimes 20 people in a day…. We had none even to bury the bodies.

The most terrible crime times of Stalinism - the artificial famine of 1932-1933. There was a very high yield of grain, but the people who worked on collective farms had no bread at all. The state took all bread to Moscow and Leningrad. The peasants in “Ukraine were left without food, but the Russian workers did not starve. Many people went to Russia bartering clothes for bread.

In our village 500 souls died, and in the next - somewhere 750 souls. People ate grass, if cow died –ate it. My father was the chairman of the village council, he gave instructions to give people a glass of buckwheat, and soldiers arrested him the next day.

The fear of being shot, the fear of Siberia, the Holodomor – all this will live long in our hearts. Especially - Famine! Some current officials do not believe it was possible, but this was real.