What Is in the Black Vault?

Long ago - especially if you were born in 1996 - a teenager began collecting declassified government documents of many types and materials from UFO witnesses. He created a website and called it the Black Vault, developing it into the juggernaut that cruises the Internet today - and he did it alone.

In 1996, the 17-year-old's name was John Greenewald, Jr. and of this writing date, he informs the public that he has listed 1,320,000+ documents on his site under the Freedom of Information Act.

On January 14, 2015 John Greenewald added the public domain USAF Blue Book Project to the Black Vault. This is favorite material of many readers. It includes 130,000 pages outlining over 10,000 cases of Project Blue Book files, including Sign and Grudge. Soon, another group claimed copyright to the information.

Fifty Years After The Roswell Incident

Website Opened in the Year the Internet Became Popular

The incidence of UFO sightings increased in 2014, according to Internet news at many sources, and I joined the Civil Air Patrol the same year; so, I began reading more about Wright Patterson Air Force Base and the extraterrestrials that were once held, reportedly, in a mufti-level basement beneath a large aircraft hangar on base. I live an hour away form the base and visit the National Air Force Museum there often.

Examining the materials on the Black Vault site has helped me wade through the lack of information I received at WPAFB and the conflicting information I read in books written by US Army and Air Force generals on the subject of the 1947 Roswell Incident.

The Black Vault opened in 1996, the year that the Internet came to The Ohio State University, just after I finished a master's degree in medicine without such technology. My own studies showed me how much hard work went into Greenewald's research, especially in gathering the declassified documents that he has assembled. The Black Vault is an unsurpassed accomplishment and the materials on it are free to the public to view and use in their own research.

Once I believed in ETs, then I did not; then I decided to accept the fact of their existence if ever enough evidence came to light from under the bushel where someone must be hiding it. Then I had a surprise.

I was followed along the Rt. 23 Highway one night from Fostoria, Ohio to Worthington, Ohio by a silent machine in the air over my automobile that focused a spotlight to my left onto the lane in which I traveled. The light prevented me from seeing the aircraft and it made no sound whatsoever.

At the outskirts of Worthington, the light shot forward at a speed after than any aircraft of the day, turned a right angle, shot off forward again, and blinked out. The vague outline I saw for an instant was slightly angular - like today's small drones - but larger. I concluded later that it was an experimental aircraft from an aerospace manufacturing complex located in the direction in which it had flown so quickly. But I was never sure. 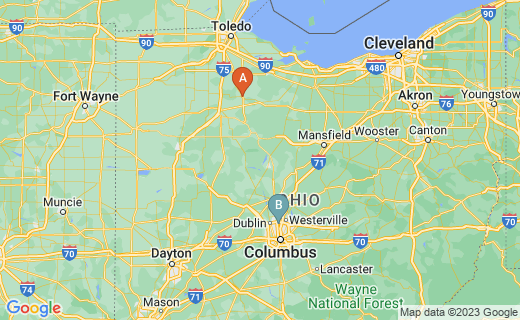 My Experiences Of Project Blue Book

Two popular books were written by two military generals attached to the Roswell Incident and WPAFB. From these two books, I learned that Roswell was the domain of the US Army, but the investigation was moved to WPAFB and the Air Force.

From there, a feud that has not been solved initiated itself. The Black Vault online carries more information about that conflict.

The Army declared that the Air Force project was only a public relations play to keep the public busy while the Army did the real work, investigating Roswell and examining aliens. The USAF general's story states that an Air Force R & D division reverse engineered the Roswell spacecraft and other technologies, along with additional off-world items gathered in the 20th century in order to manufacture products for US defense and public use.

Both generals declare that they saw the supposed Roswell aliens - 12 of them.

The Air Force general's description is the more detailed and includes bluish-gray skin, rather large lidless eyes, and a bald head.

The general reports receiving an emotional impression from one alien - it was frightened and indeed, it died on base in either Texas or Dayton, Ohio during surgery that some say was mutilation.

The US Army general's story is that he received complete long paragraphs of psychic (I almost wrote "psychedelic") communications from an alien and all 12 aliens had heads the size and shape of watermelons. I think his ideas are good for a comic strip or animated feature film.

Reading through the materials that Greenewald amasses, I think the Air Force general's claims rings more true than do the Army general's story. However, I need more evidence. The military Roswell feud has muddied the 1947 incident as much as the JFK assassination evidence has been covered and mashed to indecipherable mush.

By several eyewitness military accounts, the 1947 Roswell aliens were shipped out of Roswell quickly to Texas, then to WPAFB, and then to Utah. WPAFB personnel have filled in the mil-level basement that held the ETs and today, an improved and enhanced Aerospace Medicine and Human Performance department is under construction on or near the site, to my best information.

I am back to keeping a thought in the back of my mind that aliens might land in my city and make themselves known one day - or not.

While we await alien landings on Earth and Earthling miners' landings on asteroids to begin work, we can have a lot of fun reading at The Black Vault. For instance --

Did you know that The Beatles have nine FBI files or that John Lennon has three more FBI file all his own? Charlie Chaplin has 10. Elvis has 12. Frank Sinatra has two sets of 12!

Ronald Reagan's FBI files are not listed on the site, but one reason is that they are many pages long and receiving FBI file copies costs money. However, many celebrities in several areas of accomplishment are presented on the website, from politics to the humanities.

The Federal Bureau of Investigation has its own reading room, if you are interested in such, at vault.fbi.gov.

Open Your Own Case File

Greenewald accepts reports of unexplained phenomena related material and other information at his site for researchers to examine and for the public to read and contribute additional information. You may have a case you would like to report and you might like to read the others.

Case files already posted include those about hoaxes, cryptozoology, UFO sightings, ghosts, space anomalies, and several other intriguing categories. As John writes, the website is a place for learning the truth (whatever that may be in a case).

The Black Vault offers many declassified government documents to view at no cost to the public.

A Long-Term Quest for Truth