Weird Creatures - 25 of the strangest looking animals on the planet

Although the "creatures" on the photo above are merely toys fashioned into the shape and appearance of alien beings.....they are not that far from the actual appearance of some of this planets strangest creatures.

Whilst some of the creatures featured here would appear to have adopted the attributes of other animals for various reasons. There are others that are just made completely different.

5 out of 5 stars from 2 ratings of Weird Creatures

This creature is known as the aye-aye (Daubentonia Madagascariensis). It is a Lemur, a nocturnal primate native to Madagascar. It has the bushy tail of a squirrel and the teeth & ears of a rodent.

It has evolved with one elongated middle finger on its left hand, which is used in the pursuit of food. It taps on the wood of branches and trees to find grubs, then gnaws through the bark and then using its elongated finger again it inserts this into the hole or crevice to retrieve the grub.

the creature is currently classed as endangered by the IUCN.

Kiwa Hirsuta (Yeti crab) was only recently disovered in 2005 by scientists exploring the Pacific-Antartic ridge. It is often referred to as the furry lobster although it is in fact a Squat Lobster more closely related to Crabs & Hermit crabs rather than true lobsters.

The hairy pincers are thought to be used to detoxify the poisonous minerals from the water emitted by the hydrothermal vents where it lives.

Rheobatrachus or the gastric-brooding frog is now thought to be extinct, although it is the subject of a cloning attempt called the "Lazarus project"

It was a ground dwelling frog which populated 2000 square km of Queensland in Eastern Australia up to the mid 1980s. It was unique in that it belonged to the the species of frog that incubated the prejuvenile stages of the offspring, within the stomach of the mother.

They use their pectoral fins to "walk" on the ocean floor rather than swim and as adults they use their dorsal fin as a lure for prey.

The Saiga (Saiga Tatarica) originally inhabited the Eurasian Steppe from the Carpathian Mountains and into Mongolia.

They form large herds and graze on the steppes & grasslands. They are now only found in one area of Russia and in Kazakhstan.

Recently discovered in 2009 in the mountains of Ecuador above 3200ft.

The salamander was amongst four new discoveries at the time and was dubbed the Ugly salamander due to its facial resemblance to E.T.

A strange looking creature when they are covered in fur, but without it .....well, strange or cute?

it has strong claws for digging out termite nests and a long snout to aid in tracing and eating the ants & termites.

Grimpoteuthis - commonly known as Dumbo Octopods due to the ear-like fins protruding from the top of their heads resembling Dumbo the flying elephant from the Walt Disney film.

There are 37 varieties, all living between 3000-7000m below sea level. The largest one ever recorded was 1.8m in length and weighed 13 pounds.

Elaphodus cephalophus - It is the male of this species that has a tuft of black hair and fang like canines.

This animal inhabits the forested mountain regions of central China up to 4500m above sea level.

They are primarily lime green in color with a translucent underbelly, where the internal organs are visible, such as the heart, liver and intestinal tract.

The name Dugong is an adaptation of the Malay 'Duyung' meaning "Lady of the sea" It is a large marine mammal belonging to the same family as manatees.

it has a life span of 70 years and mainly inhabits the northern waters of Australia although it is present in 37 other countries throughout the Indo-Pacific.

Mmmm........snake, I hear you say. Well they are distinguishable from snakes on the basis of one or more of the following;

There are different species of Legless Lizards with new species having been found as recently as 2013 in California, USA.

Heterocephalus Glaber - also know as the 'Sand Puppy' this is a burrowing rodent native to East Africa.

It can move as fast backwards as it can forwards, it lips seal behind its protruding front teeth, it has a lack of paid sensation in its skin and a very low metabolic & respiratory rate.

This is the informal name given to this tree frog from the genus 'Litoria'. It was discovered in 2010 and inhabits the treetops of the Foja mountains in the Papua province of Indonesia.

The protruding snout points upwards when it is calling out and hangs flaccid when it is not. The reason for this is a yet unknown.

Also known as the Wallers Gazelle and Giraffe-necked Antelope, this creature is found in the dry shrubland and deserts in the Horn of Africa.

They do not graze as such but browse the prickly bushes and shrubs such as the Acacia, where the stand vertical in their attempt to reach the newest leaves and shoots, buds and flowers out of the reach of other antelopes.

Takaashigani or 'Tall-footed crab', it has the largest leg span of any Arthropod reaching up to 12ft (3.8m) and can weigh up to 42lbs (19kg)

they are found off the southern coast of the Japanese island of Honshu, living at depths of 2000ft (600m), however they do come to the shallower depths of 50m during the breeding season. They are omnivores and scavenge the ocean floor for both vegetation and molluscs.

Chlamyphorus Truncatus or Pichiciego is the smallest species of Armadillo. It is found in Central Argentina living in sandy plains and dunes. It is 4inch (100mm) in length and weighs approx 4.2oz (120g)

Also known as the Crocodile fish due to the shape of its snout this fish is only found in the Southern ocean around Antarctica. They live in temperatures of -2 degrees C (28.4 degrees F) are 6 inches (150cm) in length and live approx 5 years.

They have transparent blood due to the lack of red blood cells and hemoglobin as they absorb their oxygen directly through their skin from the water.

Chrysocyon Brachyurus - is the largest Canid of South America. Adults weigh 23kg (51lb) and stand 90cm (35in) tall at the shoulder. It is thought that the long legs are as a result of its native habitat in the grasslands of Brazil & Paraguay.

Although the name Chrysocyon means 'Golden Dog' it is also known by the nickname 'Skunk Dog' due to its distinctive odor.

This is a Scotoplane of the Elpidiidae family. They live on deep ocean floors at depths of over 1000m. They are bottom feeders and obtain their food by extracting organic particles from the deep sea mud.

they are usually present in large numbers and their main threat is deep sea trawling which can catch & kill approx 300 per trawl, with a secondary threat being that they are considered to be a delicacy in Japan.

Also known as the 'Pig-deer' and inhabits the Indonesian islands of Sulawesi, Togian, Sula and Buru. This animal prefers tropical rain-forests and riverbanks. They are omnivores and scavenge for any food however they do not have a rostral bone in the nose so cannot dig like other pigs, except in mud.

Males live solitary lives whilst the females are present in large groups. If the male does not grind its tusks they can eventually grow so as to penetrate the animals own skull.

It is also called the Gliding frog in that it can descend at an angle of less than 45 degrees relative to the horizontal. This is an adaptation to life in the trees as they have enlarged hands and feet with full webbing between the fingers and toes.

They also have lateral skin flaps on the arms and legs and reduced weight per snout-vent length which all contribute to its aerodynamic abilities.

Condylura Cristata is a small mole found in Canada and North Eastern USA. It has 22 pink fleshy appendages called Rays which surround its snout, these contain more than 25000 minute sensory receptors known as Eimers organs.

This is used as a touch organ to feel its way around and can detect seismic wave vibrations. Adults are approx 18cm (7in) and weigh approx 55gms (2oz). They eat worms, insects and small crustaceans.

Well its actually called the Khorat big-mouthed frog and is native to Thailand. It is an unusual amphibian in that it has an enlarged head with two fangs protruding upwards from its lower jaw. Its diet includes insects, other frogs and birds.

It is an opportunistic feeder in that it lies in wait on stream beds to pounce upon its prey.

It also fights with other males and many have been found with missing limbs and body scars.

Psychrolutes marcidus is a deep sea fish which inhabits the waters off mainland Australia and Tasmania. It lives at depths of around 1200m (3900 ft). The flesh of the Blobfish is primarily a gelatinous mass which allows the fish to float above the sea floor.

Which of the above creatures gets your vote? 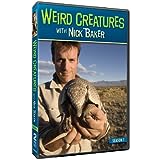 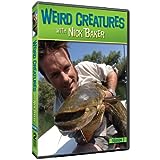 Checkout the Youtube Blobfish video below,,,,because like the narrator says "ugly animals need love too, they just gotta work a little harder for it"