Taj Mahal Is a Symbol of India's Pride and Love

I love writting hubpages because it's easy to create attractive article because of my earning from hubpages.

Taj Mahal is a symbol of India's pride and love:-

Taj Mahal is one of the seven wonders of the world due to its unmatched beauty and grandeur. The Taj Mahal is considered an example of love. It reminds of the unwavering love of Mughal ruler Shah Jahan and his most loved Begum Mumtaz Mahal.

Tourists come from far and wide to see the beauty of the Taj Mahal in Agra and are surprised to see its amazing beauty. Taj Mahal is one of the major tourist destinations in India, due to which tourism in India has also got a big boost.

The Mughal Emperor Shah Jahan ruled India from 1628 AD to 1658 AD due to his efficient strategy. Shah Jahan was an esotericist of architecture and architecture, so he built many historical buildings during his reign, of which the Taj Mahal is his most famous building, with its beauty being discussed all over the world.

The Taj Mahal is one of the most famous historical buildings in the world. The Mughal ruler Shah Jahan started construction work in his memory in 1632 AD after the death of his most loved Begum Mumtaz Mahal.

Let us tell you that Taj Mahal is a huge mausoleum of Mumtaz Mahal, hence it is also called "Mumtaz's Tomb". Mughal Emperor Shah Jahan built the Taj Mahal to keep his love forever immortal.

Construction of this most beautiful building in the world made in memory of Mumtaz Mahal - Taj Mahal Story in Hindi
Khurram alias Shah Jahan married Arjumand Banu Begum (Mumtaz Mahal) in 1612 AD, inspired by her beauty. After which she became his favorite and favorite Begum.

The Mughal emperor Shah Jahan loved his Begum Mumtaz Mahal so much that he could not stay away from them even for a single moment, even taking him with him in his political tour, and with the advice of Mumtaz Begum, his royal- Used to take all decisions related to Kaj and issued the royal decree only after Mumtaz was stamped.

At the same time, when Mumtaz Mahal was giving birth to her 14th child in 1631 AD, she died due to excessive labor pain.

At the same time, Shah Jahan was completely broken from inside due to the death of his beloved Begum, and after this he started to become very disconcerted, then he decided to build "Mumtaz's Tomb" to keep his love forever immortal, which was later Popularly known as Taj Mahal.

Therefore, it is also considered a symbol of the unmatched love of Shah Jahan and Mumtaz.

When did the Taj Mahal become built and how long did it take to build it - Taj Mahal Kab Bana Tha and Time Period of Construction of Taj Mahal
Considered the example of love, the construction work of the Taj Mahal was completed after a long time of about 23 years. Small nuances have been taken care of in the carving and decoration of the Taj Mahal made of white Sangammar. This is the reason why even after so many years of construction, people are convinced of its beauty and it is one of the seven wonders of the world.

The construction of this very special mausoleum of Mumtaz was completed in 1643 AD, but after that it took about 10 years more to build its structure according to scientific importance and architecture, thus the world's This grand historical heritage was completed in 1653 AD.

Many Indian architecture including Hindu, Islamic, Mughal have been incorporated in making Taj Mahal.

Located in Agra, Uttar Pradesh, this magnificent and magnificent building was built by about 20 thousand laborers under the leadership of Mughal craftsman Ustad Ahmad Laheri. However, there is also a myth related to the workers who built the Taj Mahal, that after the construction of the Taj Mahal was completed, the Mughal ruler Shah Jahan had all the artisans cut their hands.

So that no other building like Taj Mahal can be built in the world. At the same time, this is also said to be one of the biggest reasons behind the Taj Mahal being the most different and amazing building in the world.

Cost to build Taj Mahal - Cost to build Taj Mahal
The Mughal Emperor Shah Jahan had spent a lot of money to build the Taj Mahal, which is considered the pride of India, while his progeny Aurangzeb also strongly opposed it. Let us tell you that at the time Shah Jahan spent about 20 lakh rupees in building this grand mausoleum of Mumtaz Mahal, which is about 827 million dollars and 52.8 billion rupees today.

Persian architecture, including ancient Mughal traditions, was taken care of in making the Taj Mahal. Considered a symbol of unmatched love, the Taj Mahal is one of the seven wonders of the world due to its grandeur, beauty and attractiveness.

Precious and extremely expensive white marble stones have been used in the construction of this historic monument in the Mughal period, the Taj Mahal.

Around 28 different types of stones have been used in the construction of this very beautiful and attractive building. Which are always glowing and never turn black.

At the same time, many stones are also unique in that they keep shining in the light of the moon. At the same time, the brightness of stones during Sharad Purnima increases the beauty of the Taj Mahal even more.

One of the most beautiful buildings in the world, the Taj Mahal has very beautiful carvings on its walls.

Keeping in mind the small aspects in making this grand monument, it has been given a very attractive and royal design, so this historical heritage built during the Mughal period, in the list of famous world heritage 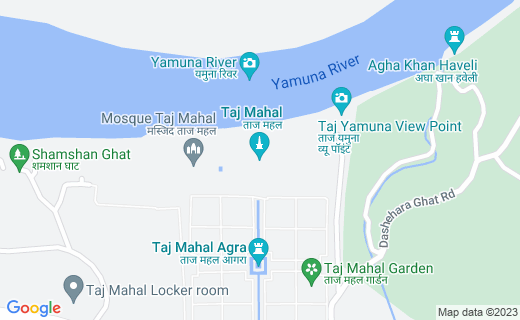