Travelling along an archetypal English country road, around Staplehurst in the county of Kent, you will come across a small village called Biddenden nestling in the lush countryside. It is worth a visit with some interesting little shops, but each Easter Monday there is an old custom held there called the Biddenden Maid’s Charity. The local widows and pensioners gather at the Old Workhouse (now called the Almshouses) where they are given a 3½lb loaf of bread, 1lb cheese, ½lb butter and 1lb tea. A maximum of 300 visitors are given the famous Biddenden Cakes, four inches long and two inches wide, simply made from flour and water and pretty inedible. They are rock hard but are much sought after souvenirs as they are embossed with the strange effigy of two women apparently joined at the hip and shoulders. (Some can, however, be purchased from the recipients or are available as clay souvenirs).These two females are known as the Biddenden Maids. There are three known cake moulds, differing only in detail but the general outline is always the same. The clothes in which they are dressed have been dated to the reign of Queen Mary I and the reported year of birth and death and their names never vary despite many different accounts. The two first moulds are probably original but the third one is much more recent. Of the first two moulds one is probably over 450 years old and the other one about 250 years. Today only one mould, of recent manufacture is used and none of the older moulds were kept, although pictures exist.

Tradition has it that the Biddenden Maids were conjoined (Siamese) twins born in 1100. Their names were Eliza and Mary Chulkhurst and they came from a fairly wealthy family. Unusually for this period they lived until 1134, when Mary suddenly fell ill and died. Eliza was asked if she wanted to be separated from her twin but she said "As we came together we will also go together" and she died six hours later.

Being reasonably wealthy, in their joint will the Maids left 20 acres of land in Biddenden to the churchwardens and their successors in perpetuity. The rent from these fields, known as "Bread and Cheese Lands", was to be used to provide sustenance for the deserving poor. In 1907 the land was sold for housing and the money raised was invested to continue the tradition.

When this tradition actually started is not clear, but there is a record in 1605 that the Archdeacon of Canterbury, following a visit to the Biddenden parish at Easter, complained about an unruly rabble crowding the church eagerly awaiting the distribution of bread, cheese, cakes and beer.

At Easter 1808 a broadsheet on the Chulkhurst twins was printed and sold, by the church at an expensive price of two pence, followed in 1820 by a "new and enlarged" account. In this it stated that the twins' gravestone could be seen in church, although after 674 years it was worn smooth and unrecognizable. Since then the church has been rebuilt and if a gravestone ever existed it has probably been removed or destroyed.

By the 17th century the Biddenden Maids' Charity had already become a "tourist attraction" and as news of the event grew, more people arrived from near and far. By the 19th century the Easter hand-out had become a rout and the event was first moved to the poorhouse and then to the Old Workhouse. Both police and local volunteers had to be used to contain the unruly crowds, often unsuccessfully. In 1882 the Archbishop of Canterbury decreed that no more beer was to be handed out as he considered this was root cause of the problem, but this didn't completely solve the crowd troubles due to the widespread poverty at the time. Although the local charities have been amalgamated, the traditional Easter ceremony has been kept and is currently a very popular tourist attraction.

The story of the Biddenden Maids has fascinated pathologists for centuries, but as their last resting place is unknown and therefore no bodies to examine the overriding question is did they ever exist in the first place. In fact their existence is not really in doubt as it has been well documented. The main question is the extent of their malformation. To be conjoined at the hip and shoulder is very rare indeed and is recorded as type pygopagus. Most pygopagi twins would walk with their arms around each other’s shoulders which is how the maids are depicted. Their 34 year life span was not unusually long when remembering that the original Siamese Twins, Chang and En lived to 63 and Millie and Christine McCoy (Two Headed Nightingale) from the 19th century lived to 61. It is recorded that Siamese Twins were born in Armenia and taken to Constantinople in 945 to be put on show as a curio. One eventually died and they were separated by surgeons but the other died only three days later.

Biddenden is situated in a very pretty area of Kent, famous for its fruit and wine and is well worth a visit, particularly in the Spring when the wild flowers are in abundance. 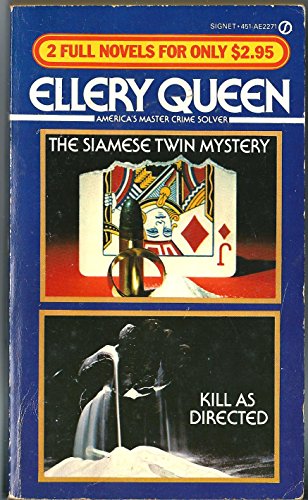