The Bill of Attainder Is Passed Against Thomas Cromwell

On June 29, 1540, Thomas Cromwell was finally convicted of treason, which meant that he could be executed. The man who had created a reason for Anne Boleyn to be executed was going to be executed but not in the same merciful way as the Queen. His conviction came all because he tried to push the religious reformation in England forward; something King Henry VIII of England didn’t want to do. He was never tried for his crimes but was still imprisoned and executed.

Thomas Cromwell: The Son of a Blacksmith

Thomas had a slow start in life. He was born in Putney, London, in 1485 to a blacksmith and owner of a brewery. Walter Cromwell, Thomas’ father, had been in trouble with the law on numerous occasions for a variety of reasons, including watering down the beer. Very little about his life is known but he stated to Thomas Cranmer that he was a ruffian, likely due to the time and place that he was raised.

He gained an interest in law thanks to his brother-in-law, Morgan Williams. Morgan’s son ended up leaving the home and working under Thomas Cromwell, leading to him changing his surname to Cromwell and was the father of Oliver Cromwell! However, Thomas left the country and made his way around the continent, where he gained knowledge of the reformation and found an interest in it.

The Rise and Fall of Thomas Cromwell 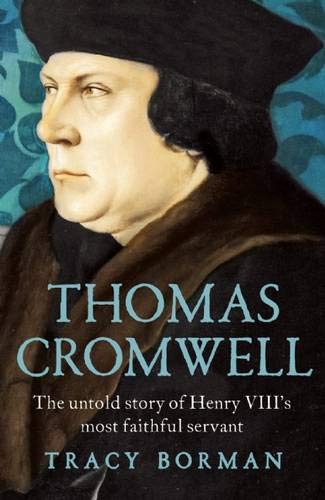 When Thomas returned to England, he knew who to network with. He became a prodigy of Cardinal Thomas Wolsey. In fact, it was because of the cardinal that Cromwell gained the schooling and employment opportunities that he did in King Henry VIII’s court. Thanks to Wolsey, Thomas started to make a name for himself.

Before Cromwell, very few men of such common status was able to gain positions of power. By 1523, Thomas had shown his worth and was made a Member of Parliament and entered Wolsey’s service a year later. From there, Cromwell gained more and more power until he was one of the most trusted and senior of Wolsey’s advisors.

Thomas Cromwell also learned how to make money. It was during these years that some of the monasteries were dissolved. Cromwell learned that they gained a lot of money and that revenue could be placed into the royal coffers. This because extremely useful in later years – but also a cause of conflict between him and Anne Boleyn.

It all seemed to be going great for Thomas until October 1529 when Thomas Wolsey fell from grace. Fearing that it could all be over for him, Thomas had to distance himself from his mentor. His efforts were successful and in November 1529 he secured the seat for Taunton in Parliament. Thomas Cromwell was now a man of power in his own right.

Cromwell soon gained the favour of the King and in 1530 was promoted to the Privy Council. Thomas Cromwell was now in a position to bring up the subject of the religious reformation; something that Henry VIII would never have considered before. Henry VIII wanted to divorce Catherine of Aragon but the Pope was not allowing it. In the end, Thomas and Anne Boleyn worked together to convince Henry to break from Rome and bring in the Protestant religion.

Thomas wanted the religious reformation to go much further than Henry VIII wanted. He possibly slipped up by not forming a bond with Queen Anne; instead, he started a plot to have her and her faction removed from court. The problem for Thomas was Anne had a powerful position – a position that he wanted!

Another problem was during the suppression and dissolution of the monasteries. As they were dissolved, Thomas wanted the money to go into the royal coffers but Anne wanted it to go to the people. She believed in the education of everyone. Had Anne had a son, Thomas may have found him out of favour with the King but luck was on his side. Thomas Cromwell made sure that Anne Boleyn and members of her faction were executed.

On July 2, 1536, Thomas Cromwell succeed Thomas Boleyn as Lord Privy Seal and his aim for reformation continued. By this time, Thomas Cranmer was the Archbishop of Canterbury, and another strong supporter for the religious reformation. The two worked together to try and convince the King to take the reformation further.

Should Thomas Cromwell have been executed?

In 1536, Henry VIII married Jane Seymour and found himself with an heir by the end of 1537. Everything was working out perfectly for Henry and that meant Thomas remained in favour with the King. However, in October 1537, Jane died of childbed fever and the King went into a state of mourning.

He refused to take another wife for three years – not for lack of trying from his council. Thomas saw this as a time to continue the reformation. However, Henry was not happy with the plans and put a halt to them. In fact, he started bringing in Acts that would see some of the reformations go backwards! Cromwell and Cranmer needed another method to get their own way.

Thomas Cromwell Suggests Anne of Cleves as a Bride

In a bold move to further the reformation, Thomas Cromwell suggested that Henry VIII take a new bride – the German Princess, Anne of Cleves. After seeing a portrait from Hans Holbein the Younger, Henry VIII finally agreed in October 1539 and Anne was sent from Cleves to England to arrive on January 1, 1540.

Henry was eager to meet his new bride, which led to a major problem. Anne of Cleves did not look her best and Henry VIII decided that he didn’t like her after all. Henry blamed Thomas for being locked into a marriage that he didn’t want to happen.

Fearing his life, Thomas Cromwell started to search for a way for Henry to get out of the marriage – and he did! Anne had been previously betrothed to the young Francis, son of the Duke of Lorraine. Even with the knowledge, Henry VIII went through with the marriage. He had to since Spain and France were creating an alliance. By July 1540, Spain and France were back at war with each other and Henry no longer needed the alliance with Germany and opted to annul the unconsummated marriage.

While Thomas had still gained positions of authority during the six month marriage, the King’s council were able to use the marriage as a way to remove Thomas from power. He was arrested on June 10, 1540 but it wasn’t until June 29 that the bill of attainder was passed. This had a list of indictments, including heresy, corruption and treason and a plot to marry Lady Mary Tudor – all of which carried the penalty of death!

The only reason he was not executed right away was because Henry VIII needed him so the marriage with Anne could be annulled. Thomas hoped that his evidence to support the annulment would lead to his release. He wasn’t so lucky though. Less than a month later, Thomas Cromwell was executed by axe without him ever having a trial.

Some historians and people believe that it was karma. He had gotten everything that he had deserved after the plot to remove Anne Boleyn and her faction. However, it was his want for power and a religious reformation that led to his death. He was just unlucky to have so many people at court against him and a King who was still angry about the marriage to Anne of Cleves. Had Henry had the chance to calm down and enjoy his marriage to Katherine Howard, it is possible that Thomas’ execution would never have happened.

Thomas Cromwell Executed on The Tudors