The Dead Sea: Facts and Figures

The Dead Sea or Salt Sea has been attracting tourists all over the world for centuries. It is the second most salty water surface of the world. Study shows that its water is 8.6 times more salty than usual ocean water. It has a water density of 1.240kg/Liter which can float someone on water surface. Its mud and salt often used as cosmetics and herbal medicine due to their beneficial-for-health nature.

The sea is called “dead” as its extreme salty water is not suitable for any living creature. Therefore, almost no living creatures like fish or water plants are found in the sea. 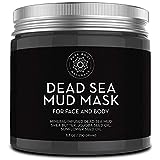