The Doolittle Raid Of Japan

President Franklin Roosevelt called December 7, 1941 a day that will live in infamy. The Pearl Harbor attack galvanized the American Public and was the reason the United States entered into World War II wholeheartedly. But the attack also left the United States damaged, both militarily and in terms of moral. Pearl Harbor left Americans scared at what was going to come next. The theory that the vast oceans would separate the United States from attacks of this kind vanished.

The Joint Chiefs of Staff began trying to plan an attack of the Japanese Mainland. A concept for an attack was introduced by Navy Captain Francis. Francis believed that the United States Navy could secretly send Aircraft carriers into enemy waters. The aircraft carriers would then have Bombers take off and attack the Japanese mainland.

However, the problem was that the aircraft would need a cruising range of 2400 miles and a bomb load of 2000 pounds. Bombers need a lot of room to take off at that weight when include the personnel and fuel. The planners came up with and an idea and the North America B-25B Mitchell was selected to carry out the mission.

Lieutenant Colonel James “Jimmy” Doolittle was selected to lead and plan the raid. 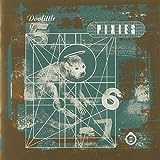 Training For The Raid

The United States had never engaged in an attack of the magnitude of the proposed attack on Japan. B-25s were loaded on the USS Hornet at Norfolk, Virginia to see if it was even possible to launch bombers from Aircraft carriers. Two B-25s flew off the deck without difficulty. The plan was approved and Doolittle hand selected the pilots who would conduct the raid. The 17th Bomb Group was selected to provide the pool of pilots and crew as the 17th had the most experience with B-25s.

The 17thwas moved to Lexington County Army Air Base in South Carolina. They were told they were to fly patrols off the east coast of the United States. Their combat crews were offered to volunteer for an “extremely hazardous” mission but were not told any more details.

Initially, 20 aircraft were to fly the mission. The B-25s were sent to Minnessota for modifications including removal of the lower gun turret, Steel blast plates mounted on the fuselage, and installation of three additional fuel tanks to increase fuel capacity. Two bombers also had cameras mounted to record the results of the bombing.

Once the B-25s were modified, the crew flew them to Eglin Field, Florida. The crews then went through intensive training for three weeks in simulated carrier deck takeoffs, low-level and night flying, low altitude bombing and over water navigation. Once training was completed, the B-25s flew to McClellan Field, California. In Sacramento, the planes received their final modifications. Once completed, 16 B-25s flew to Alameda, California and were loaded on ships for their trip to Japan.

The Bombers were loaded onto the USS Hornet in Alameda on April 1, 1942. In total, there were 16 modified bombers, five man crews for each and air maintenance personnel. Each aircraft carried four 500 pound bombs. Five the bombs had Japanese “friendship” medals wired to them. These medals were given to U.S. Servicemen before the war and now were going to be returned attached to a 500 pound bomb. To reduce weight, two guns were removed from each aircraft and replaced with wooden gun barrels.

The Hornet left Alameda on April 2. A few days later it was joined by the USS Enterprise, commanded by Admiral William Halsey. From there, the Hornet and its escort turned towards Japan.

On April 18, when the Hornet was 650 miles away from Japan, it was sighted by a Japanese picket boat that radioed an attack warning to the mainland. Even though the picket was destroyed, Doolittle decided to launch the B-25s immediately despite being 170 miles farther than originally scheduled. Doolittle took off first followed by the remaining 15 aircraft.

The B-25s flew towards Japan in groups of two to four and then changed to single file to avoid radar detection. The aricraft reached Japan at noon and bombed 10 military and industrial targets in Tokyo, two in Yokohama and one each in Yokosuka, Osaka, Nagoya and Kobe. The bombers encountered only light anti-aircraft fire and a few enemy planes.

After the bombing, the bombers then flew along the southwest coast of Japan and across the East China Sea. The Chinese government agreed to allow the bombers to land on their land. Several fields in the Chekiang Province were supposed to be ready to guide them with homing beacons, then recover and refuel them so they can continue to Chungking. However, no planned signal was sent to the Chinese in fear that it would be picked up by the Japanese and put the bombers at harm. Low of fuel, the bombers headed toward the closest land mass.

Doolittle himself made it to China where he was helped by Chinese soldiers and an American missionary named John Birch. Doolittle thought that the raid was a failure because the aircraft was lost.

Doolittle was wrong. The mission was a great success. But there was a great cost. Most of the B-25 crews landed in China and eventually made their way to safety. However, the Japanese began the Zheijiang-Jiangxi Campaign to intimidate the Chinese people from helping the Americans. In total, it is estimated that 250,000 Chinese civilians were killed while the Japanese looked for the downed Americans.

On August 15, 1942, the United States learned that eight of the crew were being held by the Japanese. Two of the eight were already dead dying in the crash. On October 19, the Japanese announced they the men had been tried and sentenced to death but many of them had their sentences commuted to life sentences. In the war crimes trial following the war, it was learned that the surviving men were beaten and tortured. Three of the soldiers were executed by firing squad. Another died later on when the prisoners were moved to Nanking. The remaining four were freed by American troops in 1945. As for the crew that landed in Russia, their B-25 was confiscated and they were imprisoned until escaping through Iran in 1943.

The Doolitte Raid did little material damage. Eight primary and five secondary targets were hit. Howerver, the Doolittle Raid did much to improve the American war effort. When news of the raid was announced to the public, Americans rejoiced that the United States had struck back. The raid also had a strategic impact. The raid caused Japan to recall fighting units to the mainland releiving pressure on the British Royal navy in the Indian Ocean. The Doolitte Raid was also a precursor to the Battle of Midway Island, which is seen as the turning point in the war against Japan.