This Urban Legend will probably make you ITCHY!

If not, then at least you'll be scratching your head, wondering why teens are the way they are...

Perhaps One Of These For Your Hair Will Suffice 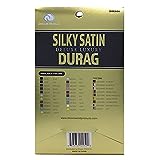 Here's how the story goes:

Years ago, when the beehive hairstyle was all the rage, a female teen got tired of spending hours for the creation and upkeep of the latest beehive 'do.' Instead of ratting and teasing her hair endlessly then applying the appropriate and expensive hair products of the time in order to make her beehive behave as it should, she found a quicker, longer-lasting way to make the 'hive' harden and thus be fashionable.

What the teen started doing on a regular basis was to wash her hair in an application of inexpensively mixed sugar-water, then allowed the sugar water to dry and harden in exactly the style she wanted. She then had to sleep with a towel wrapped a certain way about her hair and she also slept on a specially sized half pillow overnight to ensure that her locks were undisturbed.

Ah but the towel and pillow were just minor inconveniences in order to attain the elaborate beehive hairstyle the teen wanted each day.

One morning, however, her mother missed her at the breakfast table, and so went to the teen's room to rouse her for the morning meal.

What the mother found was horrendous.

Her daughter was dead right in her bed, her hair and face covered with bugs.

It is unclear whether the bugs smothered her as she slept or stung her to death in the night, but on thing is certain...

When the teen's body was removed from the home and prepared for burial, the coroner had to shave off all her hair and place a wig on the teen because so many bugs were nested in her locks. 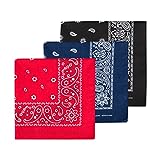 A hip and cool teen guy was looking for a shorter, new hairstyle that would be more impressive than his current dred/cornrow 'do.' He was thinking that, summertime and all, he'd like to get a finely shaved pattern made to an almost clean-shaved head. This would grow back, of course, in a really cool pattern in a few weeks, look splendid throughout the summer, but his hair would grow back in several weeks before school begain in the fall. In the fall, right before classes would start, the cool teen would be able to decide upon another fashionable (if not short) hairstyle, if necessary, with which to impress the girls on the first day of classes!

Proud of his own foresight in the matter, the cool teen headed off to his fave hairdresser shop to get his cornrows cut off.

Nearly at once, the hairdresser had difficulty getting clippers through the cool guy's cornrows. After a few attempts, the hairdresser decided to snip the cornrows off, then use the clippers afterward. This would be an extra step in the process of cutting and styling, but was the best way to handle the problem.

The hairdresser had to pull out a drastically large pair of scissors, the right size necessary for the job at hand, and began to cut into the cornrows...soon and only seconds after the process began, the teen began to writhe uncomfortably, then to scream!

The hairdresser was only halfway through cutting a major bundle of dreadlocks and thought the teen was hamming it up, messing around about losing his dreads...the hairdresser told the teen to chill out and hold still but the teen trembled and kept screaming...then finally bolted from the chair and out the door.

The cool guy's girlfriend went to visit him later in the day but found him dead only a few hours after he'd bolted from the hairdresser's shoppe.

Days later, the coroners report stated that red-backed spiders were infesting his hair, that it appeared there was a nest tangled in his locks, close to his scalp. It can be assumed that what happened when the hairdresser began to cut into the teen's hair, the nest of red-backed spiders became furiously agitated and started biting at that time.

The spiders literally bit the teen to death

Interesting Creative "No Narrative" Version of the "Fatal Hairdo" Urban Legend. This video is done entirely with visuals and no narrator at all - but gets the p