The French Revolution: Before 1789

The Americans Give Birth to a New Nation

In the late 18th Century, France was a country on the brink of financial meltdown. The ruling Bourbon Dynasty were unashamedly decadent and corrupt, caring little if anything for the majority of the French people. The construction of the hugely impressive Palace at Versailles, its subsequent upkeep and the outrageous spending of Queen Marie Antoinette, served to almost bankrupt the country alone and did very little to endear them to the French commoners. Between 1756 and 1763, France engaged in war with old adversary Britain, not only did the French suffer the ignominy of defeat, but a further loss of precious revenue, further exasperating the fiscal problem.

The French Government at the time was an Absolute Monarchy, the commoners having no input whatsoever. Indeed, a belief persisted that the ruling class had some sort of divine right to rule- chosen by the hand of God. Much of the day to day ruling of France was left in the hands of Regional Governments that set their own laws and collected taxes off the peasants. Each Government consisted of a collection of Nobles and Clergymen, who like their ruling masters’, were entirely corrupt. Basically, it worked like this; if the King wished to issue a new Royal Decree, then it couldn't come into effect until being approved by Regional Courts that acted on behalf of the Government. As a result, the King was entirely powerless to do anything to the detriment of the Regional Government; if he did then the Governments could just simply disband, leaving the King the thankless job of managing the country’s affairs alone.

So, in the last decades of the 1700’s, corruption was rife, regardless of whether it was the ruling Bourbon Dynasty or the Nobility and Clergy that exercised authority through Regional Governments. In 1775, France decided to side with the Americans in their Revolutionary War against Britain, remember the country was already crippled financially through Royal extravagance and a calamitous Seven Year War against Britain. It was obvious that they wanted another opportunity to fight their old enemy and also to increase their own holdings in North America, but from a fiscal point of view, it was utterly irresponsible and indeed a primary cause for the Revolution to come. Moreover, at the same time, the ruling powers raised the taxes of the peasants, in order to cope with the strain of war and their own extravagance. None of the Nobility or Clergy contributed themselves to any tax revenue, creating a wholly unfair environment for the ordinary Frenchmen, and further diminished any love that the French had for their ruling class.

By 1783, financial alarm bells were ringing even within the vast halls of Versailles; Louis moved to appoint Charles de Calonne as his Controller General of Finances, and asked him to assess the situation, and the simple answer given was shambolic. Independent Accountants that worked for the Government were put in charge of various tasks, relating to the acquisition and distribution of funds, the fact they were the independent and not working on set tasks made tracking any transactions very difficult. Consequently the Accountants had the easy life, for they were able to discreetly dip into Government funds for their own purposes, thus further corrupting the system. At the time, the only way to raise more funds was to raise taxes, but the French were worried of causing unrest if they raised taxes again. They reluctantly considered approaching the Nobles, but dismissed the idea as there was no way they would agree to any reform any taxation. The only option left open was to approach their European neighbours and seek a loan. But Europe had been kept well abreast of France’s financial woes, and was aware that France had virtually no credibility left.

After dogged perseverance, Calonne finally convinced Louis that the time had come to gather all of France’s Nobles together, so that he could relay the sheer seriousness of the situation. The gathering, which came to be known as the Assembly of Notables, was a collection of the only men that had any true power to remedy the situation; they were also the men that did not contribute anything in tax. Calonne pressed the Nobles to either agree to a new taxation system or to forgo the privileges enjoyed in the current system. Unsurprisingly both proposals though reasonable, were strongly refused. Calonne was now in an impossible position, he had done his duty to France, but the rulers of his homeland refused to cooperate, they turned on him, and dismissed him from office, thus sending France further down the slippery slope towards total insurrection.

While France was gripped by financial woe, a far more profound event was occurring right across Europe. The Enlightenment Movement had first sprung forth in the late 17th Century, led by a collection of Intellectuals, bent on the reform of European Society. They wanted to cast aside the old ways, such as superstition and absolute rule; instead they favoured governance through the power of Reason and Science. Furthermore, they wished for society to rediscover a form of Government not seen since Classical Times, Democracy. In less than a century, this new Philosophical movement seemed to be working its magic, indeed I think it can be cited as one of a multitude factors that helped to ignite the American Revolution. The new Constitution drawn up in the wake of American victory, reflected this new way of thinking in the Western world.

When you think of the French Revolution, the first image that comes to mind is an army of starving peasants storming the Parisian Prison known as the Bastille. It’s easy to think that they were ones that first sowed the seeds of revolt, and they had all the justification in the world. They were heavily taxed, poorly fed and generally mistreated; but they lacked education, and the ways of Enlightenment were alien to them. Instead, the seeds were sown, by a collection of wealthy commoners known as the Bourgeoisie; these were an early example of what we would know today as the Middle Class. Unlike the Aristocracy they worked very hard, and some could boast greater wealth than some of the Nobles. Crucially though, they were highly educated, and thus very familiar with the Philosophical reform sweeping Europe. But the rules of France were clear, wealthy some of them may be; the fact they did not belong to the Noble classes meant that they were as subject to the strict tax law as the poorest Peasant.

Foolishly, the ruling classes dismissed the radical reformation of European society, regarding it with indifference. But the Aristocrats ignorance would prove to be their downfall; the Bourgeoisie or Middle Classes were ready for change, and soon enough the Peasants would follow suit.

With Calonne’s departure, France was in need of another financial mind to step in and sort out its mess. Louis XVI decided to bring in Jacques Neckar to carry out a fresh assessment of the situation. Neckar came largely to the same conclusions as his predecessor, but decided to go one step further by proposing that the King call a meeting of the ancient Estates General Council. The Council consisted of three estates, the First Estate represented the Clergy, the Second Estate represented the Nobility and the Third represented the rest of France.

The Council met at Versailles on the 5th May 1789, in order to try to stabilise France, but right from the get go it was more than apparent that the set up of the Council that had existed since Medieval Times, was no longer relevant in 18th Century France. Louis had agreed to grant the Third Estate greater numerical representation, but the move was halted by the Parliament of Paris who seemed fit to remind the King of an old rule, stating that each Estate is entitled to one vote, regardless of their size. This move, more or less made the Estates General’s existence redundant, because the First and Second Estate would always vote contrary to the rest of France. What’s more, France as a whole was gradually becoming more and more secularised through the work of numerous Philosophers, so the act of giving the Church one third of the vote, and a say in how France ran its affairs was most unwise at the time.

The Man Who Stood Up

Does the Third Estate Exist?

Unlike the First and Second Estate, the larger Third varied considerably in socioeconomic status. Its members comprised of rich and poor alike. However, it wasn't all plain sailing for France’s majority, the disparity in wealth meant the rich were unable to relate to the poor, thus causing internal rift. It took the efforts of men such as Emmanuel-Joseph Sieyes to enlighten the Estate that it was pointless fighting among themselves. He made them realise or at least remember that their foes were the ones burdening them with taxes whilst giving nothing back themselves. He also reminded them that they had advantage in terms of numbers, and should thus utilise it.

However, matters would take a turn for the wise, when the members of the Third Estate were forced to don Black Robes and enter the Meeting Hall through a side door. Neckar, realising the seriousness of the developing situation appealed for calm. But his diplomatic skills were wasted, the Third Estate had been driven too far, the members stormed out into the streets to protest at their ill treatment. The most famous protester was our friend Emmanuel-Joseph Sieyes who wrote a famous pamphlet, entitled ‘What is the Third Estate’ his own, rather simple answer to the question was, ‘The Nation’. This iconic pamphlet served to articulate the feelings of the once silent majority; they held the true power, not a small band of delusional Aristocrats and Clergymen. Sieyes’ simple proclamation compelled the masses to make matters into their hands, it was quite clear that the ruling classes were never going to give them any respect.

The Famous Pamphlet: 'What is the Third Estate' 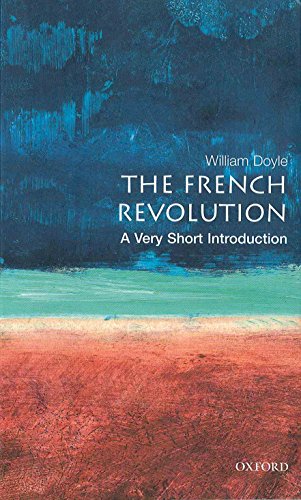 As time went on, the Third Estate became more and more convinced of its God given right to liberty. However, it was more than clear that the King and the ruling classes were not prepared to listen to their requests. So the masses decided to organise itself independently, morphing into the National Assembly on the 17th June 1789, they had the full backing of the community. For the first time, the French masses had control over its own taxation. Incredibly, they were able to recruit members from other estates, implying that the disdain of the masses was not a universal truth among the elite.

The Estates General reconvened, with the objective being to give the Aristocracy and the Clergy a chance to appease the Third Estate, and thus maintain control. However, the pleas of the Third Estate fell on deaf ears; the elite simply focused on how they could maintain their domination, rather than addressing the all important fiscal and social issues. Surprisingly, the Third Estate were not seeking a Revolution, they just wanted a fairer deal on liberty and taxation. In fact, the entire Revolution could have been avoided if only the First and Second Estates had agreed to the Third’s perfectly reasonable demands. But for the elite, old habits die hard and they fell back into their lavish, decadent ways, effectively spurring on the forthcoming Revolution.

More on the French Revolution