Are you a victim of child abuse? Do you need someone to talk to?

Child Abuse - Are you a victim of child abuse? Have you heard of The Gatehouse?

In one of my daily walks in my neighbourhood, I came upon an old red brick house. On top of the front window was attached a wooden plaque engraved with the name "The Gatehouse". So I thought this must be the house of the gatekeeper for the old mansion at the end of the long driveway to my left. As it turned out, the "old mansion" was the old Lakeshore Psychiatric Hospital, which is now occupied by The Jean Tweed Centre, and the "old red brick house" was the original doctor's house for the hospital.

The Gatehouse was the vision of Arthur Raymond Lockhart who inspired many people with his idea to reach out to survivors of child abuse within the community. His vision is to give all survivors a place to tell their stories, to give them back their voices, to heal their wounds and to inspire them to see their own potential.

The doctor's house was built in the 1890s and was abandoned for over 30 years. Through the efforts of hundreds of volunteers and corporations, this abandoned historic building was completely renovated and carefully restored. A major renovation valued at over $300,000 was completed for under $30,000 because of the incredible support received from the community.

And on June 20, 1998, with the strength and outstanding support of the community, The Gatehouse's door was opened.

The Gatehouse provides both a safe place for children to disclose abuse to police and child welfare personnel and support services for adults whose lives have been affected by childhood abuse.

As an avid amateur photographer, I took a picture of The Gatehouse and wandered to the right side of the building. There I found "Farah's Garden", in memory of Farah Jahan Khan.

A flower fades away when a father past away.

A flower fades away when a mother cries of anger.

A flower fades away when a heart is broken.

A flower fades away when I cannot get justice in this world.

A flower fades away when an innocent child dies without reason.

Who is Farah Jahan Khan?

Farah was a 5-year-old little girl with a pretty heart-shaped face. She was a senior kindergarten pupil at Second St. Public School in west-end Toronto, living with her father, Muhammad Arsal Khan, and stepmother, Kaneez Fatima. According to her teachers, Farah had made remarkable progress in a few short months in a country where virtually everything was new to her.

Farah was born in Pakistan in 1994 from Khan's first marriage. Khan and his wife were granted a divorce in the summer of 1994 and, although he had made no inquiries about his child nor visited her since his separation four months after marriage, he was awarded custody of Farah by the village elders.

In 1997, he married Fatima, who previously lived in Canada and had acquired citizenship. Fatima sponsored her new husband and stepdaughter to come to Canada and, in April 1999, they arrived in Toronto.

On December 7, 1999, just 7 and half months after arriving in Canada, Farah's dismembered body was found in Colonel Samuel Smith Park, behind the grounds of The Gatehouse. Farah Khan was murdered through an act of extreme child abuse.

In February 2000, Farah's father and stepmother were charged with first degree murder.

The Gatehouse provided a place for the community to mourn

The 1999 murder of Farah Khan shocked the city of Toronto. The local community needed a common meeting place where Farah's short life could be memorialized and where the community could express its outrage and grief for this child.

The Gatehouse hosted two memorial services to help the community mourn Farah's death in 1999. Her home and school are only blocks away from The Gatehouse and so the neighbourhood was very much affected by her death. They needed to find a way for people to come together and commemorate her life.

In the spring of 1999, volunteers, staff and community members planted "Farah's Garden" along the west side of The Gatehouse. Every May, The Gatehouse replant the garden in her name as a symbol of hope for all abused children and to renew its commitment to work to end child abuse.

Do you know of any child who needs help?

If it is an emergency and the child needs help right away, PLEASE call 911.

There is a special page on The Gatehouse website just for kids, where they could meet friends who can tell them how they got the help they needed. 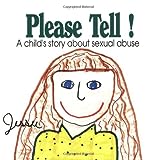 I DON'T WANT TO TALK

"Not much. I don’t really feel like talking today. Do you ever not want to talk to anyone?"

"Yeah, I know that feeling. I went to The Gatehouse and I didn’t really feel like talking to anyone either..." 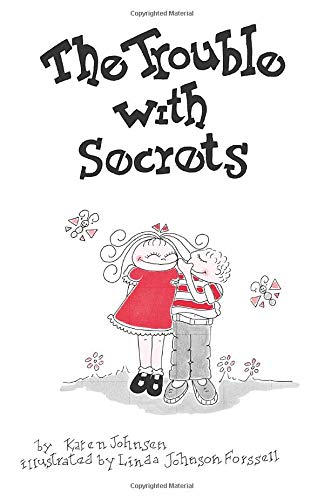 The Trouble with Secrets
Buy Now

I HAD A SECRET

"I had a secret that kept me for a while. I don't know who to tell or how to tell anyone.

I read Mia's Secret which talks about a girl who also tries to keep a secret. She eventually told someone she could trust, like her Mom."

What to Do When You Worry Too Much: A Kid's Guide to Overcoming Anxiety (What-to-Do Guides for Kids)
Buy Now

"Hi, my name is Sally. I like playing outside, especially when the sun is shining and I can see the birds playing in the sky.

Recently, I have a worry that seems to always follow me around when I am playing. This worry won't let me stop thinking about something bad.." 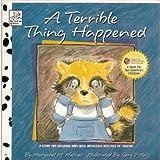 A Terrible Thing Happened: A Story for Children Who Have Witnessed Violence or Trauma by Margaret M. Holmes (2001-11-06)
Buy Now

"A long time ago something bad happened to me and I still haven’t forgotten about it. Even though I shared what happened, I still think about it sometimes.

I now live with a different family. They are really nice, but I still think about my old family."

Something Happened and I'm Scared to Tell: A Book for Young Victims of Abuse
Buy Now

I FEEL ALONE AND SCARED

"Before I first told someone what happened to me, I got that scared feeling in my tummy. I didn’t know how anyone was going to react. I didn’t know if they were going to get upset at me.

Two police officers brought me to The Gatehouse."

"I came to The Gatehouse a few months ago. After I told my story of what happened to me, I am starting to learn that it’s not my fault. I feel better that I told and don’t feel ashamed anymore.

I used to think everything was my fault and used to feel shy."

"Child abuse casts a shadow the length of a lifetime." - by Herbert Ward

Did you know you can create your own HubPage?

Did you know you can be part of a great community, make friends and, share your knowledge and experience, and EARN MONEY through Adsense and other Affiliate programs?