The Goddess Psyche in Greek Mythology

The Story of Eros and Psyche

Psyche was a female figure in Greek mythology, a figure whose name lives on in modern English, with such words as psyche and psychology.

Psyche though was more than just a name, for in antiquity a tale was told about her transformation from mortal princess to Greek goddess of the Soul. 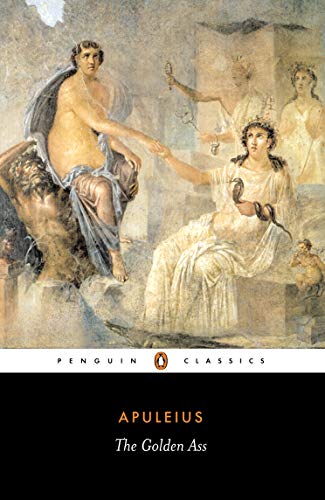 The various variations of the story though have common themes, and the story of Psyche ultimately ends up with Soul and Love combined.

The Story of Psyche Begins

Psyche was the third daughter of an unnamed Grecian king and his wife. All three daughters were extremely beautiful, but the youngest of the three, Psyche, was the most beautiful of them all. Indeed such was the beauty of Psyche, that people within her father’s kingdom stopped worshipping Aphrodite, the Greek goddess of Beauty, and instead started a cult devoted to Psyche.

The actions of the populous of course angered Aphrodite, and so the goddess focused her anger on Psyche; and the goddess of Beauty plotted that she would fall in love with a monster, or a monstrous man. Aphrodite gave orders to her son Eros to arrange this.

At the same time the father of Psyche was worried for his daughter’s future, for her two sisters had been married off to suitable royal suitors, and yet no man dared to approach Psyche, as they were put off by her beauty. Psyche’ father would consult an Oracle, but then he learned that she was destined to marry a monster.

Psyche’ father was forced to arrange a wedding ceremony on top of a mountain, for he believed that it was the will of the gods. From the top of that mountain though, Psyche was whisked away by Zephyrus, the god of the West Wind, and deposited in a magnificent palace.

This kidnapping was undertaken at the behest of Eros, for although he went to undertake his mother’s orders, the god of Love had actually fallen in love with Psyche.

Psyche and Her Sisters

Eros Asks for some Trust

Eros though could not reveal himself to Psyche, for he was fearful of his mother’s reaction, and so he only came to Psyche during the night, when it was pitch black, and she could not see him. Eros warned her that if she looked upon him, ruin would befall them both.

Although the palace was everything that Psyche could wish for, she was somewhat lonely, and so it was arranged for Zephyrus to transport her two sisters to the palace to visit her. The sisters though, whilst initially glad to see their sister, they soon became jealous of her and the palace that she was living in.

The sisters started to poison the mind of Psyche, and made her believe that her unknown lover must be a hideous monster, afraid to show his face.

One night, Psyche would take up a lamp to see the person that lay with her, and she was shocked to find that there was no hideous monster, but rather a beautiful god. The shock though made her jolt the lamp, and some oil fell upon Eros awakening him. Eros was angry that Psyche had not trusted him, but the god of Love also realised that the pair could not remain together, and so the god hurriedly left the palace.

Psyche Searches for her Lost Love

Psyche, realising the mistake she had made, set out to find her lost love, and she would end up visiting her two sisters. The sisters became even more jealous of their sister when they learned of who her lover was. Both sisters would try and replace Psyche in the attentions of Eros, and both would die when they jumped from mountains, calling upon Zephyrus to take them to Eros; the god of the West Wind ignoring their calls.

Psyche would wander the earth searching for Eros, but the god was not on earth, but was instead lying ill in bed within his mother’s palace; Eros sick with love.

Aphrodite did not know the reason for her son’s illness, but the impact on the world was devastating, for no-one was falling in love. After much wandering though, Psyche would eventually end up at the palace of Aphrodite.

Now recognising why her son was ill, Aphrodite became angry with her son, and certainly, the goddess felt no goodwill towards Psyche.

Aphrodite would effectively keep Psyche as a slave within her household giving her impossible tasks to do; and even though Psyche prayed to Demeter and Hera, the other goddesses felt that they could not intervene.

Psyche though had not been totally abandoned though, and in her tasks she would be aided.

In one task, a mixed heap of grains, wheat and barley were put in front of Psyche, and the princess was told to sort them into separate piles. It would have been impossible for Psyche to complete the task within the time limit set by Aphrodite, but ants and other insects came to her aide, sorting the pile for her.

Psyche in the Underworld

Aphrodite then sets one last task, for Psyche is told to go to the Underworld, and bring back part of Persephone’s beauty. No mortal is of course supposed to be able to leave the Underworld but Psyche’ first problem was that she did not know how to get there in the first place. Thinking that she would need to kill herself to get there, Psyche is stopped from taking her own life by an anonymous voice, which instructs her in where to go and what to do.

Psyche eventually gets to meet Persephone, and the princess is wary enough not to take the offered seat or food, for both would have bound her to the Underworld forever. Psyche is less wary when she looks in the box given to her by Persephone, believing it to hold the goddess’ beauty, for instead the box contained everlasting slumber.

Eros has of course been aiding his lover in her tasks, without his mother knowing, guiding Psyche as best he could; and it is the god of Love who rescues and reawakens Psyche from her sleep.

Eros knows though that his mother is not likely to give up in her torturing of Psyche, and so Eros travels directly to Mount Olympus to ask for Zeus’ help.

Zeus is taken by the trials and tribulations of Psyche, and also recognises that Eros might be less troublesome and mischievous if he himself is wed. So, Zeus grants Psyche immortality, and makes her the Goddess of the Soul.

Zeus informs all the other Greek gods and goddesses of his decision, including Aphrodite, and his decision is law. Whilst Aphrodite did require some appeasement, Eros and Psyche would be married, and would spend eternity together, Love and Soul intertwined.

The coupling of Love and Soul would also bring forth a daughter, Hedione, the goddess of pleasure and delight.

Eros and Psyche Together Forever