This story takes place in January 12th, 1899 in Lynmouth, England. A 1900 ton masted ship named "Forrest Hall" was damaged and stranded in a gale off the shores of Porlock Weir on the North Somerset, England coast. The weather had been treacherously rough for 24 hours. There was flooding in the Lynmouth area.

Around 8 pm a telegram came requesting the Lynmouth lifeboat the "Louisa" to be launched to rescue the men on board "Forrest Hall". Since it was impossible to launch the rescue boat at Lynmouth due to the heavy storm, Jack Crocombe proposed carrying the lifeboat to the Porlock Weir where it had a sheltered harbor. This meant they would have to carry the "Louisa" up Countisbury Hill, over Exmoore and down Porlock Hill. There were multiple complications with this plan. It was dark, incredibly stormy, and Porlock Weir was 13 miles away. Did I mention that the lifeboat weighed over 1o tons and the road was nothing more than a rough dirt track uphill? I'm not talking about any hill either. I've been on Porlock Countisbury Hill and it was the steepest scariest hill I've traveled on. I could not imagine scaling this hill at night, in a storm, carrying a 10 ton boat.

But luckily for the 18 men stranded in the storm, there were brave men who were willing to make this treacherous trip uphill in a storm to rescue them. Six men set out ahead of the lifeboat, armed with picks and shovels to clear a good path. The lifeboat crew consisted of 12 horses and about 100 men. They tacked the steep 1,423 feet of Countisbury Hill. The journey ended up being 15 miles long after several detours along the way.

They got twenty or so replacement horses for the downward journey. Only 20 men had the strength to make the 3 mile descent journey to the shore. The other 80 men headed back home exhausted. At one point, they had to take out a wall of a house to be able to fit the "Louisa" between two houses. At 6:30 am, almost 12 hours later, they were able to launch the lifeboat from Porlock Weir. It took the rescuers over an hour to row out to the men on "Forrest Hall" because of how weary they were and how rough the seas were.

At daylight a tugboat that had tried to rescue the "Forrest Hall" the night before, but had given up with the rope broke returned and the crew from the rescue boat "Louisa" boarded the "Forrest Hall" and helped secure it to the tug. Another tug arrived and all were able to tow the boat to Barry, Wales.

The weary rescuers arrived back in Lynmouth by sea approximately 41 hours later, arriving back on January 14th.

There were no human casualties, but four horses died from exhaustion.

This event was re-enacted by 60 men and 4 work horses in 1999 during daylight to pay tribute to the heroic rescue of their forefathers. They resorted to a little modern assistance for part of the journey.

Known Participants in the Rescue 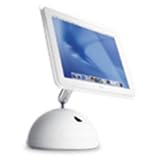 Please watch the home footage below that I found on YouTube that is the best I found to demonstrate how incredibly steep Porlock Hill is. When I was there in 2006, my husband took my daughter and I up this hill. I felt just like the woman in this video, although I think it was much worse for me because I'm not used to the insanely narrow roadways in England. The hedge rows and trees add to the claustrophobic narrowing of the roadway. Because the road is so winding, you can't really keep your speed up either so you really do lose traction and feel like you're going to slide back down the hill. Very scary stuff.