In the 2010s, the burgeoning business of aerospace business and exploration is seeing the rise of Mechanical Engineers as the designers and builders of spacecraft engines.

My father was a mechanical engineer until 1979. The company for which he worked began a mining machinery and bicycle company in Ohio, creating machinery still in use today and building and selling a safety bicycle for some time. Interestingly, the Wright Brothers also began with bicycles, so aerospace endeavors owe a lot to the bicycle works of Ohio. I think that every space station built in America should carry a plaque depicting the safety bicycle as a precursor to the flight.

MECHANICAL ENGINEERS ARE VITAL TO OUR SPACE PROGRAMS, PRIVATE AND GOVERNMENT SPONSORED.

Information at the links below highlight the importance of engineering in space.

Stuff You Don't Learn in Engineering School: Skills for Success in the Real World
Buy Now

My father managed an office division of draftsmen that designed mining machinery. Over the course of weeks and months, they consulted with electrical engineers and other white-collar professionals, perfected designs, consulted with the factory personnel on site, and prepared the final schematics of the machines. A prototype would be manufactured for each machine on site and tested. Adjustments to the design would be made as required until each machine was perfected to perform the work for which it was needed.

The daily schedule of mechanical engineers is similar today, but contains more projects of greater complexity and intensity, along with new tasks. Computer software options like the CAD programs add capabilities to engineering not available in 1979. Power plants of different sorts are designed today that were only ideas in 1979. Even medical equipment and prostheses require mechanical engineering. Engineering is a larger and more complex world today!

During our nation's major wars, the company (Jeffrey's Mining Machinery) designed and manufactured machines for the US Government, probably the Department of Defense,as a government contractor. Exactly what work these machines accomplished, I do not know. However, wartime timelines were stricter and paperwork more intensive under government supervision than under private sector operations. Today, mechanical engineers are still helping the government design new engines, planes, and missiles.

This reminds me of the scenes in the film Schindler's List in which Schindler created obstacles for the Nazi military forces by creating machines and products that did not fit what was already in use. Thus, a machinery company and its mechanical engineers can assure success or failure in their designs and processes.

I also am reminded of the incident in which one half of a space station was built in Europe, while the second half was produced in America. The two halves could not be joined, because one was built in metric measurements and the other in the English system used in America. This type of error occurs in mechanical engineering from time to time, so communications and coordination are important. 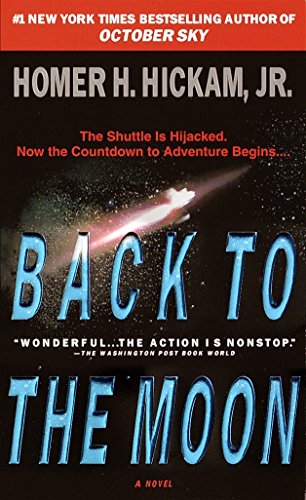 Back to the Moon
Buy Now

Today's mechanical engineers are likely to be workikng on a greater number of high profile projects at once, compared with the workload of 1979. Even though the US Space Program of the 1970s and 1980s required additional workloads and created more jobs for mechanical engineers, the new space programs wail require greater expertise, tighter timelines for project completion, and more coordination with other types of engineers and a range of engineering technicians.

We will be back on the moon in 2013 (thanks to the Google LunarX Prize), asteroid mining is to be underway by 2015, and a private sector space station is set to open for business between 2017 - 2020. There is a lot of work for mechanical engineers and their brethren to do.Better rockets will be needed each year as well as new mining machinery and new space habitats. We also seem to be in a new Space Race, this time with China, since that country prepares to open a full space station in 2020.

At the same time, the world of aircraft flight below Earth orbit needs mechanical engineers to design and build new engines and planes. Aero-automobiles are still a possibility as well. Individual jet-packs for personal flight would require mechanical engineering. Above all, a new generation of mining machines is required for near-Earth asteroid mining, moon mining, and mining in the Asteroid Belt beyond Mars.

Engineers graduating in the 2010s should have long and exciting careers. 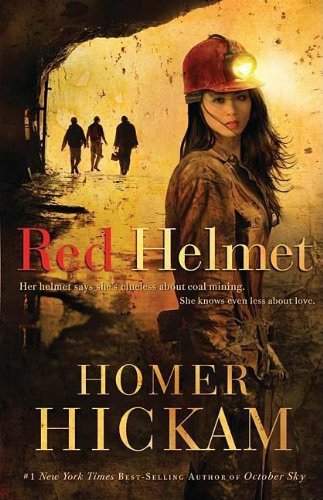 Read any of Homer Hickam's books about coal mining and moon mining in his hometown of Coalwood WVa before he went to work as an engineer for NASA.

These books will show you more about the work of mining and mechanical engineers, including the first women in the mines.