The Orkney Vole-Where It's From and What It Eats

The Orkney Vole (Microtus Arvalis) is an endemic, or concentrated to a geographic area or country, subspecies of the common vole. The Orkney Vole has something in common with its geographic region, its name, as it is found in the Orkney Islands, Scotland. Most namely on the islands of Rousay, Mainland, Sanday, Westray, and South Ronaldsay as part of the Orkney Island chain which consist of some seventy islands of which only twenty are considered inhabited islands. This subspecies is unique because of its geographic domain but also because it has maintained its home for a substantial period of time all in spite of having a short lifespan and numerous predators taking advantage of the numerous litters of new voles born during a year.

The Orkney Vole is labeled in the animal kingdom in the following order: 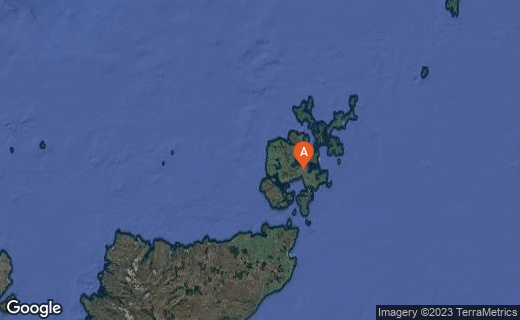 The Orkney Vole is believed to have arrived in the Orkney Island’s region 5,000 years ago. They possibly arrived on ships of the Neolithic settlers. Orkney’s tend to be larger than the common vole. The Orkney’s length can measure anywhere between 9-12 centimeters, or 3 ½-4 ¾ inches. The tail can measure 3-4 centimeters around, or 1 ¼ to 1 ½ inches, and the animal can weigh 14-90 grams which is less than one pound. Since they are not very heavy they can be extremely vulnerable to predators, especially airborne predators because they are so easy to carry away. Some of their main predators include domesticated cats and various birds of prey including the short-eared owl; which is one of the main predators of the vole.

This species of vole tends to live about two years. They are born during the spring and summer months of one year and are breeding by their second year in which they normally die towards the end of that year. A typical year in the life of a Orkney vole goes something like this: from January to March they face a high winter mortality rate and are normally at the lowest levels in terms of population which include young from the year before and the small percentage of second year breeders still alive, during April the voles perform most of their activity during the day as opposed to being more active during the night but they do still do some feeding during the night, in May they see a population increase because the first of the years young begin to be born in litters ranging from 1-6 voles following a short twenty day gestation period, from June to July they produce more litters of young and provide much needed prey for their predators, by August the population of the vole is at its peak and activities are performed equally between day and night, during the months of August through November the young voles will be more active at night then adults, then as November and December drudge on the vole population begins to decline due to cold weather and being such easy prey for birds especially during this time of year.

Now that the typical year of an Orkney Vole has been discussed let’s see what kind of habitats they tend to reside in and since they are prey rather than predators, they do tend to eat grass and other leafy items instead of other animals. The vole typically finds its home in old peat cuttings, grassy areas, drainage ditches, road verges, and other linear type habitats. As for what these wonderful creatures eat, their diet will typically consist of anything that is high in nitrogen. This will include such things as leaves, stems, and roots of grasses and other plants. Only three short hours after they have gathered food and performed some other duties this animal feels it needs a rest and will head to its burrow for some R and R.

The Orkney vole is a small but unique creature. It is unique in the fact that it is only in the Orkney Island region of Scotland and because it has allegedly been there for five-thousand years without being transplanted to any other region. While it does have a very similar relative in the common vole there are some differences in size, and as mentioned previously, in geographic region. It is also unique because not just is it small in size it is small in lifespan and gestation period surviving only two years on average and gestating for only twenty days.