The Pará rubber tree, Hevea brasiliensis, family Euphorbiaceae, is native to the Amazon River basin. It is the most economically important member of the genus Hevea. Its importance comes from the fact that it is the primary source of natural rubber. The source of rubber is the white exudates, called latex, that come out whenever any part of this plant is injured. It is an emulsion, i.e. a mixture of several liquid phases and polymeric microparticles, in which water is the major fraction of it. Its physiological role is not totally understood. Some authors claim it to be just a waist product that the plant uses. However, it is believed that it may serve as a defense mechanism, in this case chemical, against opportunistic agents, such as insects, fungus or bacteria that could take advantage of an open wound in the plant body and affect the plant more seriously. Latex is not exclusive of Pará rubber tree. In fact is quite common in many plant species. But its chemical composion depends on the plant species. In common, it is toxic in all species that produce it and is segregated by the same type of tissue, the laticiferous systems, closely associated with the plant vascular system. As example, all species of the genus Ficus, fig trees, produce latex. Probably, if you are thinking of the ornamental plant rubber tree, Ficus elastica, you are right. The opium poppy, Papaver somniferum, is another example. Opium is the dried latex collected from this species. The Pará rubber tree, of compound leaves, with tiny flowers gathered in large panicles, is a medium-size tree that grows up to 45 m high. Its wood is white and light. In plantations the tress are kept smaller, not measuring more than 25 m, so that most of the carbon dioxide use is directed to producing latex instead of growing in size. Its fruit,a large capsule with seeds is rich in oil, which can serve as raw material for resins, paints and varnishes.The process of extracting latex, rubber tapping, is simply based on the fact that the tree is kept continuously wounded so that is always exuding latex. However, it will dry out eventually and another wound is made close by following the plant morphology and anatomy. Basically, the tree is always “bleeding”. Pará rubber tree requires high humidity and heavy rainfall to grow. It is also quite sensitive to frost and cold.

The Rise and Fall of Brazil's White Gold

Mankind had long known rubber. The most ancient records that exist of using rubber come from the Olmec people of Mesoamerica, central Mexico, as early as 3,600 years ago. Rubber, not as it is now known, but equally elastic and rubber-like was then used, among other things, to make the balls used in the Mesoamerican ballgame. It was extracted from a different species, also a latex producer, the Panama Rubber Tree, Castilla elastica. For quite a long time its use remained and almost died in that area of the world. Only after the industrial revolution and the simultaneous advances of Science has rubber become more popular worldwide. The increasing demand and the discovery of the vulcanization procedure, i.e. making rubber and related polymeric products more durable by adding sulfur, in 1839, by Charles Goodyear, led to the rubber boom in the Amazon River Basin, enriching the cities of Belém and Manaus. The name of the tree derives from Pará, the second largest Brazilian state, whose capital is Belém. In 1827, Brazil begins exporting natural rubber and the use of rubber as raw material for the industry is widespread. The vulcanization enabled the start of production of tires at the beginning for animal-drawn vehicles only. The growth of the exploitation of rubber in the Amazon River basin stimulated the population growth in the region, thanks to increased immigration mainly.

In 1830, the population of Manaus, the capital city of the Brazilian Amazon state, was 3.000 inhabitants, in 1880 it was already 50.000. One example of the expression of wealth generated by the rubber extraction in that period is sumptuous and opulent Amazon Opera House, build in 1896 in Manaus. The frenzy was such that the streets in its neighborhood were paved with rubber. This way the shows would not suffer interference from traffic of carriages passing by. By 1906 they were already being exported from Brazil over 80.000 tons of latex around the world. The species was later introduced closer to the Atlantic coast, in the state of Bahia, to increase production and facilitate exports. This period of Brazilian history is called the 1st rubber boom and peaked between 1875 and 1912. The Brazilian monopoly caused some discomfort among the global powers at that time, so that there had been attempts to produce rubber elsewhere. A first attempt was made in 1873 to grow rubber outside Brazil. After some effort, twelve seedlings were germinated at the Royal Botanic Gardens, in Kew, London. These were sent to India for cultivation, but died. A second attempt was then made, some 70,000 seeds being smuggled from Tapajós valley, deep in the Amazon forest, to Kew in 1875, by Henry Wickham, at the service of the British Empire. Wickham sent them to Sir Joseph Dalton Hooker. Subsequently, 4% of these germinated, and in 1876 about 2,000 seedlings were sent to Ceylon, now Sril Lanka, and 22 sent to the Botanic Gardens in Singapore. Once established outside its native country, rubber was extensively propagated in the British colonies. The multiplication process of Hevea brasiliensis had booted up in Southeast Asia, especially in Malaysia. There the production eventually overcame the Amazon production. By 1898, a rubber plantation had been established in Malaya, and today most rubber tree plantations are in South and Southeast Asia and some also in tropical West Africa. Brazil had lost its precious monopoly, in fact, as of curiosity this is the third crop monopoly lost by Brazilians. The first one I already mentioned on the Brazilwood hub. As a result, the end of the 1st rubber boom begins with a gradual emptying of the economic output of the Amazon region, with serious social consequences.

There was an attempt made in the late 1920s, by Henry Ford, the pioneer of American automobile industry, to cultivate rubber in the Amazon region. The cities of Fordlandia, in 1927 and Belterra, in 1934, in western Pará, were especially founded for this purpose. Especial techniques and cultivation care were taken but the initiative failed as the plantation was attacked by blight, caused by the fungus Microcyclus ulei. A revival of the lost era, known as the 2nd rubber boom, was brought by the Second World War, specifically caused by the Japanese invasion and control of the Southeast Asia. That caused a tremendous 97% decrease in the Southeast Asia rubber production. Rubber-consuming world turned again to Brazil, from where it all began. The 2nd rubber boom had a very short life, 1942 to 1945. And again Belém, in Pará, lived three prosperous years which were reflected in some of its architecture. A second mass colonization was made and the region flourished again. However, the war ended and as with the first rubber boom the short-sightedness of the ruling class and politicians at the time and bad management decisions showed the inability of the Brazilian rubber business elite in keeping the advantage they once had. The end of the war led for the second time to the loss of the chance to avenge this important economic activity. Both the economies of war winners and losers reorganized themselves in Europe and in Asia and ceased activities in the old and inefficient rubber plantations in the Amazon again.

A final word should be mentioned about the men and women working and living from the rubber extraction. Life was not easy and it resembled more slavery than anything. Many died of diseases to which they had no immunity, as the vast majority were from very different distant regions. To all this they had to live and work in the remote jungle areas under extremely difficult work and environmental conditions. For many workers, it was a one way trip. About 30,000 were left abandoned, lost in the Amazon. Many were simply killed after they had exhausted their strength by extracting the “white gold”, as it was called, and therefore could no longer serve for work. Others died of malaria, yellow fever, hepatitis or attacked by animals. The Brazilian government also failed to fulfil its promise of bringing the rubber tapers back to their origins after the war, recognizing them as heroes and giving them retirement pension equivalent to the military people. It is estimated that only about 6,000 men had managed their way back to their place of origin, from an initial task force of about 100,000 men assigned to work during the 2nd rubber boom. However, when they arrived they became slaves of debt rubber colonels and died as a result of disease, starvation or killed when they resisted remembering the rules of the contract with the government. 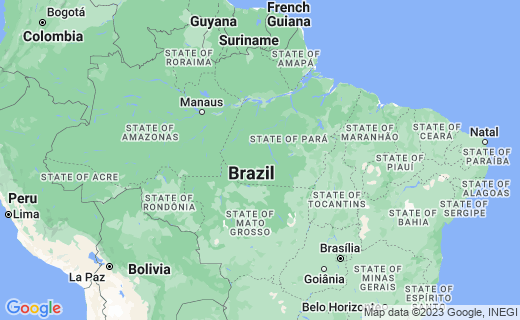