The Prairie off Guard, an Encounter With Inverse Gravity

I stood alone out on the empty, lunar prairie five miles north of Laramie looking at antelope, jack rabbits, and sage hens. But then something like a globule of mercury expanded out of a canyon and contracted in the sky just to the south. It formed itself into a disk and remained stationary perhaps one hundred feet above the Earth.

"What the hell is this," I shouted aloud from my lunar perch. A black periscope rose out of the globule and I immediately sensed that I was an object of scrutiny. It must have had some kind of intelligence within it because I had the urge to converse with it and ask it questions.

"What's your method of propulsion." I asked.

It didn't answer in words but with vibrations that made me feel a little dizzy. I think it responded with something like "inverse gravity."

It repeated, "Inverse gravity. We beam in on your gravitational field and magnetically invert it. Once we do that we can hold your gravity in check by simply repelling its magnetic charge and then stand still in your sky or, by easing up on the inversion, increase our speed to any desired level: six kilometers per hour or six kilometers per second or six kilometers per one millionth of a second to give you the appearance of an expanding globule of mercury. Call it magnertia if you will."

"What the hell our you doing here?"

"Are you trying to be a tough guy or something? To tell the truth we just needed a gravitational field to sling out with. Your "what the hell" planet is hardly of any interest to us. You are nothing more than humanoid dinosaurs to us, but you have at least attempted in your own crude way to speak with us."

Its black periscope grew smaller on the horizon as the globule gained speed and stretched south over Laramie's skies where it began to look more and more like gray stratus clouds. I walked back toward my car and passed a snowfield that hadn't been there two hours before--surely it had not snowed.

"What the hell is going on here," I said aloud. The snowfield lingered two inches above the ground and settled with a thunk. Prairies are usually prairies until you catch them off guard. I guess I wasn't supposed to be out there this time. Usually it's antelope, jack rabbits, and sage hens with a setting sun or a rising moon.

No wonder I couldn't find my car in the dark of night, but there it was with a faint star glint on its windshield.

I made it back to Laramie alright but couldn't explain to my wife why my forty-minute walk on the prairie--just to get some air--late that afternoon took so darn long. All's I could say was I guess I caught the prairie off guard and it inverted my brain's energy field to stretch time like an expanding globule of mercury. Usually it's antelope, jack rabbits, and sage hens.

I have been told by scientists that reversing the force of gravity inward is, indeed, practiced today by using the moon's gravity as a slingshot to get to Mars.

Have you ever had a UFO experience? 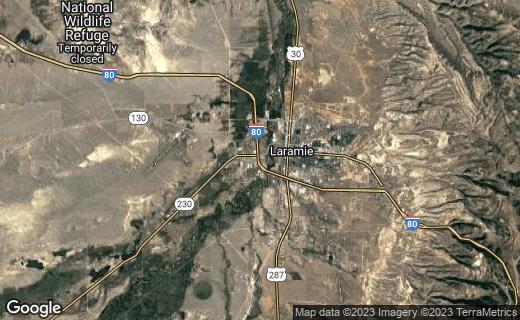