The Rocky Mountain Tailed Frog (also known as Ascaphus montanus) is a delicate specialist that has diverse adaptations which will enable it to live harmoniously in its rocky streams, as long as the surrounding environment is not disturbed by human interference.

We know that the Rocky Mountain Tailed Frog is a specialist because it can only survive in temperatures above 18o C. It can only live in rocky streams. It also only survives if the stream is shaded as well as the surrounding environment. And they only mate in late September and early October. They are considered endangered.

An adaptation is any physical trait, physiological process, or way of thinking, which enables an organism to better survive in a given environment. All successful organisms have an adaptation that allows it to survive, such as the Peppered Moth, which used its color to blend with the environment and avoid being attacked by predators. Or gazelles, which became faster runners as cheetahs began to hunt, and capture them.

The Rocky Mountain Tailed Frog has several adaptations that allow it to survive in its definite environment. The frog does not make any sounds, because in a noisy environment where streams are always flowing and making noise, there is no need for a soft sound that will never be heard, so the frog has no need to croak.

They also hide under rocks which protects them from predators. In addition, the frog breathes air through its skin when it is underwater, and because of this, it has developed a rather bumpy and rough skin, which increases the surface area that the frog has available for use for breathing.

The Rocky Mountain Tailed Frog also has a long tail, which is used for fertilization. Since the streams are flowing, it would be pointless for this frog to deposit its sperm outside of the female, directly on the eggs, because it would just get washed away with the current. Instead, the frog uses its long tail to deposit the sperm inside the female, to ensure fertilization. Here the female can store it until the water is warm enough to fertilize the eggs and lay them in the water. This “storage” method is also so the female does not have to waste time late looking for a partner to mate with.

Region That The Frogs Are Found

As a specialist species this frog is not found throughout many regions. The main habitat of the Rocky Tailed Mountain Frog is Glacier National Park. 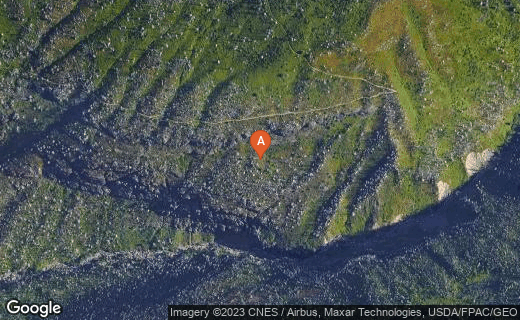 The Rocky Mountain Tailed Frog has a long lifespan. Because they are so prone to extinction or being endangered since they are a specialist species, it is better that they live longer in to ensure the continuation of the species, (if there is no human interference). This frog also can mate with multiple partners, (the female just stores all the sperm in her), and this ensures genetic diversity, which means a larger gene pool, which also means that the species is not as prone to extinction, and has a better chance of survival.

Additionally, the Rocky Mountain Tailed Frog has a white dot on its long tail, which serves the role of confusing predators from attacking the frogs head, which would kill it immediately. The frog is also nocturnal, which means that it is safe from all daytime predators that would otherwise be hunting it.

The frog and tadpoles, can bury under little pebbles and rocks (which is why they live in a rocky environment). This adaptation helps them to hide from predators. Lastly, the Rocky Mountain Tailed Frog blends in with its environment very well, its skin is a dark brown, or sometimes a dark red color, which makes them very hard to spot, besides the very self evident white spot on their tails, but that helps to protect them in a different way, so it is still a practical adaptation.

The Rocky Mountain Tailed Frog is currently an endangered species. This is because it is a specialist. A specialist species is a species that is adapted to only a narrow range of conditions, and if any of those picky conditions are altered slightly, the species becomes endangered or very quickly goes extinct. This species of frog, however, is not in danger of becoming extinct.