With the defeat of the resilient Venti tribes maritime fleet in Gaul, the collapse of Celtic power in Gaul was inevitable. Across the water to the west, lay the last enclave of European Celtic culture. The last of the free Celt's residing in the British Isles represented a possible threat to Rome's newly acquired lands in the fertile and rich lands of modern-day France and Belgium.

Julius Caesar took the threat of renegade Celtic tribes in the British Isles as a serious concern. As early as the 55 B.C an armed scouting party landed on the southern coast of England. A year later another expedition was dispatched to assess the lay of the land. Whilst there the Romans were able to help a friendly Celtic chieftain to rise in power to become king of the local area, this gave the Romans a foothold for later incursions in Celtic Britain.

The assassination of the great Roman leader stopped any immediate plans to add the British Isles to the Roman Empire. For many years after the death of Caesar, the permanent conquest of the British Isles was suggested and detailed plans were often drawn up. Subsequent rulers after Julius Caesar wished to expand both the empire and their own legacy. Victory over Celtic Britain was a logical choice as it represented the edges of the known world!

Great Emperors Looked on the British Isles With Envy.

The Wealth of Celtic Britain.

It was Emperor Claudius, who finally invaded the British Isles. Claudius had many reasons for the conquest of Celtic Britain, many of the Islands tribal leaders had strong links to those of Celtic descent in the Roman lands of Gaul. The lands of the British Celts had a large amount of material wealth, there were vast deposits of tin and copper in the west of the land. The Celtic peoples of the British Isles did not ever constitute a true threat to Roman dominance of the continent, they were merely an unpleasant reminder of a Europe not yet subject to Roman civilization.

The British Isles was made up of many small kingdoms and the lack of an organized Celtic union, kept it safe from Roman aggression for nearly a century. It was the small scale and fragmented nature of the Island's make-up that eventually proved too tempting a target for the Roman war machine. The lack of unity meant that the majority of the kingdoms could be annexed by political brinkmanship. A show of true military is often a powerful tactic yet Rome succeeded in conquest by destroying hostile factions of the native population with expertly executed pitched battles.

The Celtic Tribes of Ancient Britain.

Many of the southern tribes were known to the Roman Empire long before the invasion in 44-45 AD. The trade between the British Isles and Roman-controlled Europe had been continuous for hundreds of years. Along the southern coastline, the Belgic tribes had settled from Gaul and they had penetrated southeastern parts of Britain. These exiles from Gaul were disorganized and had petty tribal disputes with each other that prevented the formation of larger co-operation. There would have been small trading settlements which would never thrive and grow into larger towns as the industry was still subsistence-based.

The lands that include modern-day Essex and East Anglia were already open to Roman ideas and influence. Before the invasion, British tribes such as the Iceni, Canti and Trinovantes saw the benefits of a good working relationship with Rome. The Roman world offered much to these tribes as they were located on good trade routes, thanks to the geographical features of the land. Rivers such as the Thames and Nene allowed access deep into the interior of the country that was full of superstition and raw materials.

Those Celtic Kingdoms Defiant to the Will of Rome.

Away from the south and southeastern area of the British Isles, there was more reluctance to Roman influence in the Celtic lands. The Brigantes who occupied much of what is now Yorkshire and Lancashire were the largest tribal group. To their east was the Parisi, this tribe was a close ally and sister tribe to the Brigantes. In Wales, there were very strong Celtic tribes who cherished their druidic religion and honoured their ancestors.

The Brigantes wanted to retain their independence from Rome but knew that their position meant Rome was going to be a new constant in their lives. The Brigantes agreed to friendly relations with the Romans after a few skirmishes to get the measure of the unknown invaders. Keen to retain their privileges in the new Roman Britain, the Brigantes handed over those Celtic leaders who threatened Roman ambitions. 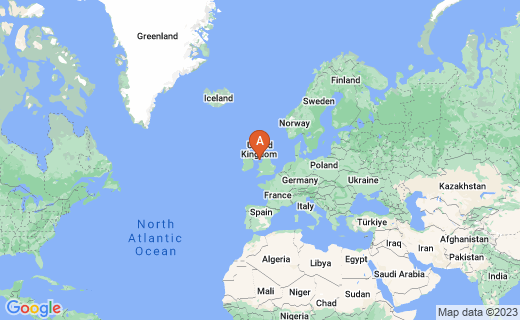 The Welsh Tribes Defiance of Rome.

With the Brigantes opting to absorb the Roman influence rather than fighting the invading legions it allowed the Romans access to the modern-day areas of Scotland and Wales. The Highlands would prove a problem for the establishment of Roman dominance. The geography and climate did nothing to encourage the Romans to advance further than they needed to. The failure of the Romans to effectively crush opposition by the northern Celtic Briton's inspired the Welsh Celtic peoples to rebel.

Britain's Celtic population was difficult to subdue and control, there were only a few hundred thousand natives to look after. The Romans found a lack of major settlements to suppress and occupy a tactical disadvantage. In Gaul, they had taken established towns and secured the peace, in Britain the most advanced settlements were usually the hill forts known as Oppidum. In these lofty citadels, the native population could take refuge with the geographic features helping the Celtic peoples against the might of the legions.

The tactics employed by Ancient British leaders such as Boudica and Caractacus owed to guerrilla-style warfare rather than pitched battles. This was necessary as the Celtic British rarely had a combined military command in force to co-ordinate resistance against Roman aggression. The Silures and their other Welsh allies had caused massive amounts of casualties in the western parts of Britain. It was only around 70 A.D that the area we know as Wales became more agreeable to Roman rule. We are still unsure of why the Silures decided to adopt the Roman culture, but they may have been offered favourable terms. We know that their fellow Welsh ally the Ordovices were eventually defeated by the Roman Legion around 79-80 A.D.

The Celtic Tradition in Britain.

The inability of the Roman legions to hold the lands it had won in the far north and the defiance shown by the Welsh tribes maintained the Celtic culture of the British Isles. Had the native British tribes failed in their resistance to Roman aggression, we would have lost far more of Europe's collective history. Ireland is often thought of as the last enclave of the Celtic tradition, but in the population of present-day Britain, there is still strains of Celtic culture that continue to this present day.

The Celtic tribes such as the Silures, Ordovices and Brigantes may have eventually submitted to Roman rule. But their initial resistance allowed much of the Celtic tradition to be observed and recorded ironically by the people who set out to destroy it.