Patty began to study Russian Language/Culture in Grade 7, graduating college with this as a major subject. Her uncle-in-law was Ukrainian.

The 200th Anniversary of Fort Ross

While the British and the Americans were fighting on the Great Lakes in 1812, the Russians were building a fort and a settlement in what is now Sonoma County, California, This was about 3,000 miles away from the Great Lakes, known by a few as Russian America in the 19th Century.

In the fall of 2012, American history hobbyists and a group of interested Native Americans observed the 200th anniversary of the founding of Fort Ross together.

Quite an outing, the groups toured what was one the Imperial Russian southernmost North American colony.Some of these 21st century visitors went on to tour Russia itself, as happily mentioned in The Moscow Times on September 18, 2012.

Russians, Aleut Alaskan Natives and Kayasha Native Americans still live at Fort Ross in cooperation, although few of the American public know much about Russian America or its existence.

The Fort Ross Historic Park is quite interesting to visit as well as scenic and enjoyable, and Californians hope that it will continue to survive planned park closures for money-saving in state government budgeting. 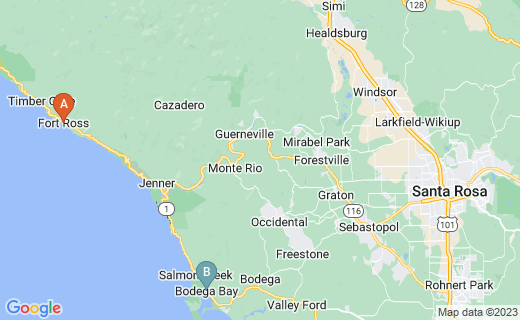 Russians, Aleut Alaskan Natives and Kayasha Native Americans still live at Fort Ross, although the original settlement lasted from only 1812 through 1841.

"Russian America" is a term most Americans do not usually have in mind when considering the USA, even though we purchased land from Russia and finally declared the State of Alaska in 1959.

The community of Colony Ross was founded by Russian explorers in 1812 in order to grow food for Russian settlements in Alaska. The colony was also the hub of expanding sea otter pelt trade. The organization called the Russian American Company operated in Sonoma County at Colony Ross for 30 years.

The Fort Ross Russians claim many firsts in California history. They are credited with building the first ships built along the state shoreline, the first windmills, the first stained glass windows (part of the rich art of iconography and church windows of Russia, the first brickyard,and others. They are also said to have cataloged the local wildlife and native plants, as well as having made detailed maps.

The Fort Ross Conservancy offers a virtual tour of the state park installations with narrations and captions in both English and Russian, because Russian settlement of the area was so important in 1812. The tour is called Russian America: From Tot'ma to Fort Ross.

"Russian America" is a term most Americans do not usually have in mind when considering the USA, even though we purchased land from Russia and finally declared the State of Alaska in 1959.

The virtual tour on the conservancy website is a moving photographic 360º representation of the Fort Ross area that is breathtaking on the screen. In addition, still shots are located along a strip at the bottom of the panel and each still shot provides a panoramic view of another part of the buildings, lands, seashore, and ocean.

The Renovate Fort Ross Foundation plans a U-Pick orchard of heirloom fruits available to the public and located outside of the historical orchard at Fort Ross. In celebration of the 2012 events, the living history actors at Fort Ross received new costumes and the orchard received a renovation via nearly $85,000 in funding.

The Russian Orthodox Church celebrated liturgy at Fort Ross in 2012 and related events may become ongoing. A digital Fort Ross Library is also under way. Further, Fort Ross partners with several universities to bring field trip and overnight experiences to their students. Several upgrades to the Fort Ross park during the 2010s guarantee its survival among state parks, with thanks to the For Ross Foundation.

We welcome steps to bring into force the U.S.-Russian Agreement on Simplifying Visa Formalities, signed in 2011, which should make two-way travel by American and Russian tourist and business travelers easier. We also commit to work together to ensure the rights and protections of adopted children. This will be facilitated by bringing into force and implementing the bilateral adoptions agreement signed last year. 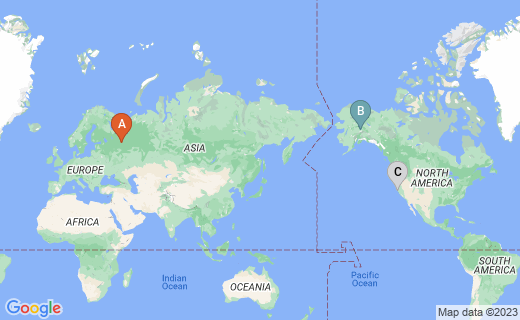 The Aleuts, a First Nations/Native American group indigenous to Alaska, were met by Russian explorers early on. Some of the tribal group accompanied Russians on their journeys through the lands of what are now Washington State, Oregon, and into California in the search for agricultural lands available for supporting Russian immigrants to Alaska.

During Russian colonization of America, Fort Ross settlement community was most active during the 30 years of 1812 - 1842. The Fort Ross Conservancy has recorded that Sergey Kislyak, Ambassador of the Russian Federation to the United State, recently said that the Russians at Fort Ross were frienldy and peaceful.

They interacted positvely with the Kashaya, Pomo, and Miwok peoples, Spaniards, Mexicans, and Americans. This is interesting in that it reminds us that at one time, Hispanic explorers claimed lands along the West Coast all the way up into Alaska for a few years

The accompanying music is Tchaikovsky's Sympony No 4, graciously performed by the Mariinsky Orchestra of St. Petersburg, Russia.

The Fort Ross area was also home to the Kashaya Pomo Nation of native people and the compound surrounding the fort contained an Aleut native village, some of the Aleuts and Kashaya intermarrying.

Kashaya lands encompassed many acres from Sea Point, California along Highway One eastward and around the Austin Creek State Recreation Area, and down to the Russian River and an lands around Carmel, Salmon Creek, and Bodega Bay, California (please see the map below).

Today, only several dozen who speak the Kashaya language exist and their language is part of the Google Language Preservation effort. The Kashaya people live on the Stewart's Point Rancheria reservation in Sonoma County.

RATING: Fort Ross Is a Must-See