The Origin of Life

Even in the highly technological world that we live in today there are still a multitude of specific science questions that are unanswered. Such as the beginning of life. Researchers have science experiments and scientific data that they accumulate and attempt to prove the accuracy of their theories. Successful experiments are repeatable and render the same results each time. Any time you can conduct an experiment repeatedly and it renders the same results, then this becomes scientific fact.

However, many in the scientific fields would like us to believe that non-conclusive experiments or theories are scientific fact as well. For example, they conduct experiments or examine data, and then they theorize that because certain data is arranged a particular way or structured in a similar pattern that they can assume futuristic or historical conclusions based on those results.

The theory of evolution and the theory of intelligent design both have many questions that can not be proven using a method with reproducible results. For example... Which came first the chicken or the egg? This may seem like a rhetorical philosophical question but the two theories have different answers.

Given the opportunity both sides will try to persuade you to their line of thinking based on conclusions drawn from unprovable events. Ultimately, in the end, an individual will chose which argument to believe based on the volume of evidence they have witnessed or experienced in favor of one side or the other.

In either case whether it be the evolution theory or intelligent design, when compared to the means by which science determines something to be fact, both require faith or belief in something that is yet unproven.

Any theory that cannot be reproduced in the laboratory with the same results by multiple scientists repeatedly is unproven.

"...a broad explanation for a wide range of phenomena. Theories are concise, coherent, systematic, predictive, and broadly applicable. They usually integrate many individual hypotheses. A scientific theory must be testable with evidence from the natural world. If a theory can't be tested with experimental results, observation, or some other means, then it is not a scientific theory."

"...a proposed explanation for a narrow set of phenomena. A hypothesis must be testable with evidence from the natural world. If an explanation can't be tested with experimental results, observation, or some other means, then it is not a scientific hypothesis."

"Intelligent design is the proposition that "certain features of the universe and of living things are best explained by an intelligent cause, not an undirected process such as natural selection."

"The central idea of biological evolution is that all life on Earth shares a common ancestor, just as you and your cousins share a common grandmother."

Many people understand evolution as the gradual change of a living organism from one form of life to another. This understanding of evolution is not quite complete. It leaves out a very important aspect of evolution that is referred to as “descent with modification”. Essentially, “descent with modification” says that all life forms have a genetic structure that is similar in at least one branch. The theory of evolution then concludes that because there is similar genetic structure in all life forms that they are descendants from a life form that lived before them. Similar structure does not scientifically “prove” that all living creatures “evolved” from the same source, it only “proves” that they have similar structure. Hypothetical theories based on assumed conclusions does not make for scientific fact. If it cannot be repeated in the laboratory by multiple scientists and achieve the same results then it is nothing more than just a theory. It is not scientific fact.

Scientists have yet to reproduce in the laboratory any experiments that prove the theory of evolution or natural selection, and therefore they must be taken on faith based on evidence that leads them to draw a particular conclusion. In a U.S. court of law it would be called circumstantial evidence and may be insufficient to convict a criminal of breaking the law.

Next, let me clarify that creationism is not the same as the theory of intelligent design. Many of the opponents to intelligent design want to discount the scientific evidence used in this theory because they believe it is intricately connected to religion, and more specifically to the God of the Christian Bible.

In the Christian religion, they chose to believe the origin of life came from a creator. Their creator is described as a supernatural being they commonly refer to as God. They also use Biblical and historical documentation of evidence as the means by which to convince people of their theory of creationism. History, in and of itself must be taken on faith unless of course you were personally on hand and witnessed it for yourself. Much of the Christian religion is based on faith in historical documentation and therefore it is difficult to reproduce in the laboratory with 100% accuracy. A lot of people use their own personal testimony of how God has worked in their lives as evidence of Gods existence. Statistically if you add up the number of similar testimonies that express a common belief you can collect enough evidence to support a theory in a particular religious concept. Can this theory be proven in the laboratory with 100% accuracy? Probably not. However it will have enough evidence to support the theory of the concept, as being perceived as truth.

The Short Answer: Yes. The scientific method goes from observation --> hypothesis --> experiment --> conclusion. Intelligent design begins with the observation that intelligent agents produce complex and specified information (CSI). Design theorists hypothesize that if objects were designed, they will contain CSI. They then seek to find CSI. One easily testable form of CSI is irreducible complexity (IC). ID researchers can then experimentally reverse-engineer biological structures to see if they are IC. If they find them, they can conclude design.

“Intelligent design differs from science in that the theory is based on a different set of assumptions called axioms.”

Does the Origin and Evolution of Life Suggest Design?

"If it could ever be demonstrated that any complex organ existed which could not possibly have been formed by numerous, successive, slight modifications, my theory would absolutely break down." - Charles Darwin

Over a century later, science has yet to show that complex organs can be formed by numerous, successive, slight modifications, and many scientists do not think that this is important.

Intelligent design uses the concept of complex specified information, or CSI as theoretical proof that living creatures did not just happen by chance. With CSI the theory of intelligent design concludes that because of high levels of complex design in certain biological structures it is not possible that they could have happened through evolution. With evolution it is necessary for each biological component to be operational throughout the evolutionary stages. When certain complex biological structures are “reverse engineered” it has been determined that they would not function properly if any single element of their design was missing. No supernatural being can necessarily be credited with the design, just that it was created as a whole unit and did not evolve over time. Complex specified information is crucial in the theory of intelligent design. 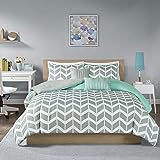 Unless the actual creator as referenced in the theory of intelligent design appears in the laboratory and demonstrates some creative abilities, we could logically conclude that the chicken was created first, which in turn began laying eggs to produce more chickens. My example here is not to infer that a chicken is made up of complex specified information but rather if there is a creator it logically makes sense that the chicken would be created first.

Using the theory of evolution on the other hand, those who subscribe to this line of thinking are not able to produce a chicken egg without a chicken by means of a big bang or display an evolutionary chain that is traceable that will prove this theory. They can show you evidence that leads them to certain conclusions but they can't actually demonstrate it or complete the evolutionary chain with any type of precision.

Therefore, we are in a bit of a quandary. Neither side has real proof of which came first the chicken or the egg. As a result of inconclusive scientific evidence each of us will have to draw our own conclusions. Those conclusions will be based on evidence that we have received from either research or general life experiences. Faith or belief in those conclusions will ultimately be the deciding factor in what we determine to be the truth.