The Significance of Jerusalem: Crusades and the Struggle Between Islam and the West - Part 1

In 1095 CE, Pope Urban II preached a sermon that lit the fire to what has become known as the Crusades. Almost 200 years and nine Crusades later in 1291, Sultan Khalil retook Acre in northern Israel effectively ending the Great Crusades. History over the years has presented various viewpoints on the Crusades, its brutal nature, its religious overtones, from not only a Christian perspective but an Islamic perspective as well, and the forever unanswerable question if the Crusades were necessary or could they have been avoided. The one focal point of the Crusades and the main objective for all sides involved was Jerusalem. Often called the “Naval of the World”, Jerusalem had significant meaning to the Jews, Christians and Muslims, enough significance that they would spend 200 bloody years fighting and killing each other for control over this tiny spot in the world.

This hub will discuss the background of this struggle for Jerusalem to include the religious importance of the city to the Christians and the Muslims. This will certainly not be totally inclusive due to lack of space since the history of this area and its importance leads back centuries and saw its control change hands many times. We’ll also look at the various crusades by Europeans and Muslims. The breadth of information on the entire Crusades, both from an Islamic and European standpoint, would be outside the scope of this hub, so the focus will be on the significance and main points of the various crusades strictly from a Christian and Islamic point-of-view. Again, dues to lack of space there is no way to be completely inclusive.

However, of equal importance is the fact that the European Crusades were not the first and most certainly not the first bent on conquest. And lastly we will look at the outcome of the various crusades, what were the significant outcomes and does any religion have a rightful claim to the Holy City of Jerusalem.

Background over the struggle for Jerusalem

As the largest of the modern world’s religions, Christianity lays claim to the city of Israel through their original affiliation with the Jews. The Christian faith hinges directly on the Divinity of Jesus Christ of Nazareth, born in Judea (Israel) and His subsequent death, burial and resurrection. The importance of Jerusalem for the Christian believers is directly associated with His death, burial and resurrection. His arrival in Jerusalem for Passover in about 29 or 30 CE would lead to Him being betrayed and eventually crucified on a hill called Golgotha. Another important aspect for the importance of the Holy City is its role in eschatological terms. Jerusalem is considered by the Christian faith to be the setting for the Day of Last Judgment; the end of times. This association also leads to the Christian concept of that which is to come afterwards being called the “New Jerusalem” or “Zion” or literally “Heaven.” The Holy Sepulcher, which is where the Christian faithful believe Jesus to have been buried, is located within Jerusalem. It should be noted then that the Christian claim to the city relies solely on the importance of Jesus. This would give them their presence around 25 CE. 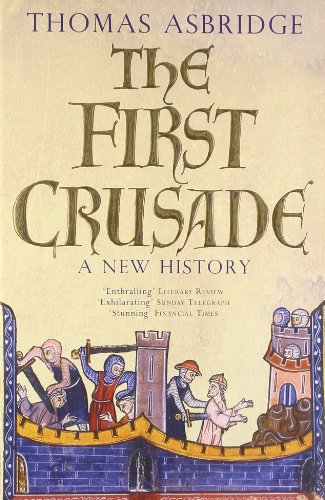 Islam, the world’s current second largest religion, is based on the life and teachings of the prophet Muhammad, who was born in Mecca in about 571 CE. When Muhammad was around 40 he would retreat to a cave to meditate and pray on ways in which to improve what he saw as shortcomings in the religious life of the tribal societies of his time. It is said that in this cave, the archangel Gabriel first revealed to him the word of God. By 613 he was out preaching what had been revealed to him and began compiling a “holy book” of what he said. This book is what is now known as the

Qu’ran (meaning “recitation”). The association with Jerusalem actually came after Muhammad had died and the Muslims conquered the city in 638 CE. The two events that are used to proclaim Jerusalem as the third holiest city in the Islamic faith are Muhammad’s miraculous Night Journey (Isra’) from Mecca stated in the Qu’ran, Sura 17:1;

Exalted is He who took His Servant by night from al-Masjid al-Haram to al-Masjid al- Aqsa, whose surroundings we have blessed, to show him of our signs. Indeed, He is the Hearing, the seeing.

Many believe that al-Masjid al- Aqsa, or “Further Mosque” referred to “heaven” and then by the end of the eighth century it referred to Jerusalem. To avoid even more confusion it was later suggested that al-Masjid al- Aqsa was the point in Jerusalem where Muhammad ascended into Heaven. Muslims also believe that the Day of Judgment will come and will take place at the Dome of the Rock. Haram al-Sharif (‘the Noble Sanctuary”) is considered the holiest site in Jerusalem. The Dome of the Rock and Aqsa Mosque make up Haram al-Sharif. The Dome of the Rock is said to have been the site of Solomon’s Temple and was completed in 692. The Aqsa Mosque was completed in 715. In contrast to the Christians claim, which places their prophet Jesus literally in the city of Jerusalem, Islam’s prophet Muhammad can only lay claim to the city by way of a vision and through what they believe is their hereditary ties to Solomon and then the temples they 650 years after Jesus.

With these two cases now defined from a religious perspective, the dates of claim to the city presented, the historical aspect now should be considered. History has presented the clashes between Islam and Europeans, especially during the Crusades, as one of desperation, that a pre-existing hatred for Islam led the Europeans into the Crusades and that the conflicts were inevitable. However, author and historian Thomas Asbridge points out that this idea in modern terms has been looked at from a different perspective in that,

The expeditions have been all but stripped of its devotional context to become little more than a grand, but greedy raid, presented as the first glorious flowering of western colonialism and exposed as conclusive evidence of medieval Europe’s spectacular barbarity.

Europeans went into the Crusades under the guise of holy fervor but with restoration of the Byzantine Empire, glorification of the Roman Catholic Church, and personal greed and conquest as their underlying tenants. Conversely, the Muslims were not hapless people protecting their homeland. Historical facts point out that Islam, including Muhammad, launched their own Crusades against Christianity well before the European Crusades ever were thought of. The leaders of Islam had, and still have, but one goal – the total conversion of the entire world to Islam. Muslims went into Jerusalem not for holy reasons, but to conquer and control it under the guise of religion.

In part 2 we will take a look at the Crusades.

Arlandson, James M. Islamic Crusades vs. Christian Crusades: Who should own the "Kingdom of Heaven"? 2005. 25 February 2012 <http://answering-islam.org/Authors/Arlandson/crusades.htm>.

—. Timeline of the Islamic Crusades: The Truth about Islamic Imperialism. 2005. 25 February 2012 <http://answering-islam.org/Authors/Arlandson/crusades_timeline.htm>.