The film Escape From Sobibor commemorates as it narrates and portrays the events of the Sobibor uprising during the Holocaust. A local private university in Columbus, Ohio, Capital University, presented scenes from the film on large screens in an auditorium, set to the score of the soundtrack that was played by the University Orchestra. Taking place before the advent of the Internet and digital wonders, the effect was still overwhelming.

Even though the audience largely recognized Alan Arkin as one of the inmates of Sobibor, the experience in the auditorium was akin to standing outside the concentration camp and watching the prisoners escape, running towards freedom.

At the end of this presentation are videos of clips from interviews with a few of the survivors of Sobibor and the Sobibor Uprising.

Those of you who may survive, bear witness, let the world know what has happened here.

A. A. Pechersky was the leader of an underground faction that accomplished the Sobibor Revolt. He reminded the survivors of their responsibility to inform history and future generations mere seconds before the escape occurred.

Eliminating the Jews took a lot of planning.

As the musical South Pacific tells us "We must be carefully taught"...to hate.

In the European Theater of WWII, it wasn't an intellectual or social movement that taught hatred of the Jews, but a mad dictator's obsession that spread hatred, based on the notion that he was completing the Roman Catholic Church's mission to exterminate the Jews.

Round-ups of Jews and in smaller numbers, GBLT persons, the mentally ill, blacks, Romany, and others unpallatable to Adolph Hitler occurred after a series of extermination camps for them were built. Relics and displays of memorabilia taken from these death camps, together with pieces of the Berlin Wall are on permanent display in their own long hallway at the Air Force National Museum at Wright Patterson Air Force Base in Fairborn, Ohio near Dayton.

I visit that hallway twice a year or more. Those that would rewrite historty and erase the evidence of the Holocaust should be forced to spend one afternoon in that hallway. They should see the violin of the little boy forced to entertain Nazi officers with it every day as he starved to death. Hundreds of photos of the exterminated, from periods before their deaths, hang for us to see the reality of the elimination. Rewriters should see the display of oeple attempting to flee over the Wall. Perhapos they would remain untouched by the scenes in that hallway.

Scenes in a national Holocaust Museum in Florida are worse than those in that shadowy hallway in Ohio. In Florida's memorial, A wall three feet high runs along the hallways of displays on the walls, preventing young children from seeing the worst sights of the mutilations and deaths. There were many death camps.Some were more infamous than others. 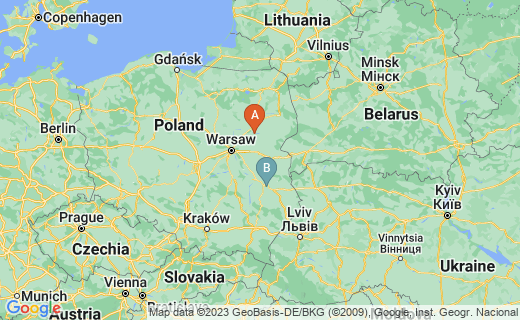 By mid-1942, three notorious death camps were operating under Project Reinhard. People from that era are still living to testify to their reality. One day, these people will no longer be with us, and I hope that the memory of the truth of these atrocities carries on to prevent similar events in the future.

The names of the three camps in the Project Reinhard trio are: Treblinka, Belzec and Sobibor. From 1942 to 1943, at least 1.7 million Jews and others were gassed to death in these three place

Before death camps used poisonous gasses on victims, they were shot at the edge of mass graves so that they wold fall in and be easily covered with dirt. Various gasses were considered more efficient and less likely to draw attention to individual Nazis - that is, those that held rifles and pulled the triggers.

Hitler authorized the gassing of mentally ill people in 1933 under a so-called T-4 Unit that was reported to use "euthanasia" on these individuals. Early events in this type of gassing killed 120,000 or more people in gas-vans. In this type of killing, people were piled into the backs of vans and a hose from the exhaust of the vehicle was attached in such as way as to pump carbon monoxide into the space.

T-4 supplied the personnel to work all three Project Reinhard camps. The first gas chambers built in all three killed their occupants in 12 minutes.

The three Reinhard camps were built in 1941 among the least dense populations in Poland and near railroad tacks for easy hauling of the planned victims. The sole purpose of these three camps was killing and they opened for that business during the winter of 1942.

Estimates of numbers killed at Sobibor differ, including that of the head gas man, Eric Bauer --

I estimate that the number of Jews gassed at Sobibor was about 350,000. In the canteen at Sobibor I once overheard Frenzel, Stangl and Wagner. They were discussing the number of victims in the extermination camps of Belzec, Treblinka and Sobibor and expressed their regret that Sobibor 'came last' in the competition.

-- Erich Bauer, the Gasmeister of Sobibor

By Autumn 1943, almost all of the Jews in Poland were dead, so the Reinhard camps were decomissioned and dismantled. Treblinka was first (having just 100 surviors overall), Belsec second, and Sobibor third. However, an escape was made from Sobibor and not from either of the other camps.

An aunt of mine married a Ukrainian whose family fled Ukraine during the socialist takeover that made Doestoevsky's books public domain, denying his widow an income from their sales. Another portion of that Ukrainian family witnessed or at least heard or read of the events in nearby Poland at Sobibor in 1942 and 1943.

Sobibor death camp was near Sobibor Village in the eastern part of Lublin (Belzec was in the southeastern part), Poland. It was built close to the Chelm - Wlodawa railroad tracks, using some Jewish prisoners and using some Ukrainians as under-supervisors of the work. The Bug River was also close by, becoming the border of Ukraine. All of the area was swampy and wooded then and now. 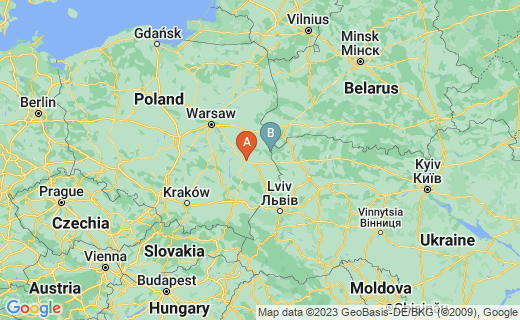 Sobibor operated as an extermination camp from May 23, 1942 through November 30, 1943. Afterward, it served as a transit station and accommodations facility post WWII, until completely dismantled.

Before the Great October Revolt, a group of prisoners that were working on gathering wood (the Forest Command) escaped despite the double fence of barbed wire and interwoven tree branches, and the armed guards in the watch towers. In all, just eight men escaped on July 20, 1943. In August, an underground resistance group formed with the help of Communist Ukrainians and Aleksander Perchersky

On October 14, 1943, two out of three of the SS officers on duty at Sobibor were away. In the late afternoon, 4:00 PM, Deputy Commander Johann Niemann went to the tailor's shop (manned by Jews) and began to try on a new uniform. He died from a blow from an axe made by tailor Yehouda Lerner. Moving on, 10 German soldiers and eight Ukrainian workers were slaughtered, while an SS officer was injured. On the morning of October 15, 1943, an SS officer reported by wireless to the next nearest camp that 700 Jewish prisoners had escaped from Sobibor.

Since the maximum capacity for living prisoners in Sobibor was just 700, historians feel that probably 300 individuals escaped. However, many were shot down by the SS and associated military police. In addition, on November 3-4, 1943 the SS ordered massacres in nearby villages in the Lublin area in the attempt to kill additional Jews.

The remaining few dozen prisoners at Treblinka were transported to Sobibor on October 20, 1943, and executed in batches until November 23.

When the Red Army and the Poles liberated Sobibor in the summer of 1945, they found 50 prisoners yet alive. They had hidden around the camp as dismantling had begun.

Only guard yourself and guard your soul carefully, lest you forget the things your eyes saw, and lest these things depart your heart all the days of your life. And you shall make them known to your children, and to your children's children.