The Stories and Ole Bethel

One of the things I remember most about being young is how gullible we were and always wanting to hear a good story. Of course we were susceptible to believe any tall tale and take it as the honest to God truth of the matter. This rang particularly true with mysterious occurrences and ghostly encounters of which, the stories seemed to be in abundance. Of course it was usually, I heard this or they say; now that I’m older its amazing how much,” they say” Had to say, especially since I didn’t know them.

On any given morning during the summer, my brothers and I would be up shortly after mom and dad left for work. He was a salesman for a packing company in a nearby town and my mother, a secretary at a mental hospital in another. We would be assigned chores to do during the day and of course, like many children we were going to wait till the last possible minute to do them; we of course, were on a mission; We!...were going to play.

Only after we had reenacted several civil war battles, a couple of episodes of "Rat Patrol" and one of our favorites, "Daniel Boone" would we be ready to do something else, not chores, something else but, getting back to "Daniel Boone". My brothers were like peas in a pod, they seemed to like a lot of the same things so, for Christmas one year they got the whole of the "Daniel Boone" regalia. The coon skin hats, realistic looking rifles that had special stick on caps that made a loud sound and plenty of smoke, Also a rubber bowie knife, just in case they couldn’t reload fast enough and needed to defend themselves further. They also had the cap and ball pistols. In other words they were loaded for” bar.”

Now to this day I don’t know why my parents never bought me the same things as my two brothers, even though I generally liked the same things they did. This same Christmas they got me this Johnny something or the other toy gun, which to me was the size of a real M60 machine gun, complete with grenade launcher. I had a helmet and hand grenades and also a bayonet, just in case I ran out of bullets and needed to defend myself further. Although, something seemed amiss about this to me; here I was with all the fire power any kid could have dreamed of….and these two hillbillies were going up against me with barely enough to take out a squirrel. I didn’t know if I was comfortable with the lopsidedness’ of this scenario;…yeah I was, and the probable outcome too! 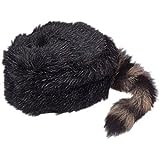 After we were done with general play and goofing off; it was time for phase two, which was to pick tomatoes and squash from the garden and head barefooted up town to Rumsey’s store and sell them. We always had a lot extra and it was a way for us to get quick cash.  At the time, selling several pounds at ten cent a pound might net us seventy-five cents to a dollar ten cents but, we thought we were rich at the moment. If you considered that even with these meager earnings, we all got a soda pop, a candy bar and still had money to spend at the dime store on balsa airplanes and the like.

The front of Rumsey’s store just begged you to sit and talk and escape the hot sun.  It had a tin covered porch with two old china berry bushes growing at each end, with benches on both sides of the doorway and a single long one on the street side.  It was just a solid lap board building, graying with age. Even at that time in our lives it was an old part of the town that used to be the main street but fell into a secondary status when the bigger state road was built running contrary to it.  It was a favorite hang out for old retired farmers and people just taking a break for a few minutes.  There might be two or three people at any given time sitting around talking and reminiscing about the good old days.

We would listen as we sipped soda and ate candy.  There were a lot of topics discussed; old people, young people, the weather and who was and who wasn’t getting along with each other, politics.  None of them did much for our interest until someone would start telling a ghost story in general or, even more interesting were the stories of local origin.

One I remember particularly, is one that I’m sure is still told to this day, about an old Baptist church that is located about six miles east of town on a stretch of sand and clay dirt road that in it’s self was eerie to be traveling down alone at night.  We called the church, “Ole Bethel”, and if you mentioned it locally, chances are most people knew what you were talking about and had at least heard a story about it.

I’ve been in the building a couple of times. At the time I visited the church, (which was during the daylight hours by the way because, I believed wholly what I had been told) it was a plain wooden lap sided building in a grey colored, well weathered state, that I thought was almost rotten but, still being used for regular services. The inside was natural unfinished wood common for a building that had originally been built in 1826. A simple and ordinary building. It was on the outside surrounding the church and things that happened inside it at night that got most peoples attention. It had a spooky old grave yard dating back a long time. It has revolutionary war soldiers buried there and civil war soldiers also.

On the pulpit was keep a large bible and it was said that more than a few thrill seekers had entered the church and picked up the bible and started toward the door and get about fifteen feet from it and see an apparition of some sort, drop the bible and run.  Those that were brave enough to venture in again, said that they would find the bible back on the pulpit, closed, where they had originally found it.  People parked outside of the church would hear voices talking and laughing.  They would catch glimpses of things moving around the graveyard. At night when driving past the church people have seen lights in the windows glowing, some would cut their headlights off because it looked strange to them and realized the light in the window was still glowing.

A friend of mine that used to be a farm hand, for a local farmer was plowing a field at night near the church. If you know anything about plowing a field, is its simple back and forth action following the outside of the previously plowed ground as your mark to place the front wheel of the tractor tires to cut the next furrow. When he was near the middle of the field, he saw a small dull light on the ground and thinking it might be the reflection of his lights on something, just ignored it. When returning on the next pass he saw the dull light again, only it had expanded to twice the size. This continued on each subsequent pass and now, without realizing it, he was steering to avoid running over the slowly expanding light. Now, no doubt this unsettled my friend a bit but, not so much that he immediately left the field but, it wasn’t too many more passes hence, he had enough. The following morning, when he returned to the field with the farmer to finish up, there was a large unplowed circle. Apparently my friend wasn’t imagining things.