One hundred years of discoveries: Gravity

A dark wallpaper, filled with tiny bright spots, and occasionally the Moon. That's the universe for most people. If you're reading this, you probably know that the universe is much more complicated than it looks like at a first naked eye glance. In the late 19th century Lord Kelvin believed that every mystery (in physics, especially) has been solved, and all that remains to be done is more and more precise calculations. He died right before general relativity and quantum mechanics changed every physicist's perspective of the entire world around us.

Technology evolves exponentially, and so does our understanding of the universe. Thirty years ago nobody knew of the existence of black holes, pulsars or quasars, and now, just as those before us, we tend to think that we know pretty much everything about the universe, although we do not entirely understand its mechanics. But who knows what the next thirty years hide from us.

The universe is a fantastic place, filled with countless fantastic and unique objects, and the best part is that we are part of it. If that means almost nothing, just grab an astronomical binocular and look at the night sky, and realize that the Earth we live on is one of those tiny bright spots that travels with Milky Way through the blackness of the universe.

You don't need to be a scientist to see it as it should be seen. You only need to be curious, and all the rest will flow toward you in the proper order.

The last hundred years proved that the gravity may be a little more complicated than an apple falling from a tree. In fact, even if it's been all around us from the very beginning and we can see it everywhere we look, gravity is one of the few things that seriously torment scientists all over the world. Sir Isaac Newton was the first to see something special in falling objects. Something was causing that apple to hit the ground but he never new what that was. Though he succeeded in measuring that force that was attracting everything, which he called action at a distance. His equation seemed to accurately solve all the problems involving gravity, with only one exception: Mercury, the planet.

Unlike the other planets' fixed orbits in our solar system, Mercury's elliptical orbit rounds the Sun in time (it deviates about 0.011 degrees in a century). That could only mean two things: Newton's equation was either wrong or incomplete. But how can it be wrong if it is right for absolutely everything else? This remained a mystery until a clerk stepped up; his name -- Albert Einstein. He was no physicist but he's shown talents in math and physics at an early age.

Newton believed that mass and separation distance was what determined gravity and that the gravitation acts instantaneously, regardless of the distance. Einstein starts to imagine two planets, each one placed in the gravitational field of the other. What would happen if one planet's gravitational force will suddenly rise? The other planet should instantly feel the change, which means that the gravitational wave should travel instantly through space from one planet to the other one. In other words, its speed would be even higher than the speed of light. But according to his calculations, nothing can travel faster than the light, so he concludes that it must be another explanation.

One evening, while in a carriage on his way home, he passes by a building which had an elevator. He starts to imagine a person into the elevator, moving towards the floor at constant speed. While it moves, a ray of light enters the elevator through the left wall (in point A) and exits through the right one (in point B). Because of the elevator's downward movement, point B should be placed higher than point A. So the person inside the elevator doesn't see a horizontal ray of light, but an oblique one. From his point of view, the gravitational force bended that ray of light. Further more, in his mind he sees the elevator and the person inside it falling at the same speed. The person only sees the elevator's walls around him, so he doesn't know he's falling, but in addition, he wouldn't feel his weight either, therefore that must one feel outside a gravitational field. These were some extraordinary perspectives never tried before, that would open the gate to his general relativity theory.

Einstein created the concept of spacetime (or space/time), which can be seen as space being three-dimensional and time, playing the role of the forth dimension that is of different sort than the spatial dimensions. The spacetime is now considered the main characteristic of the universe. According to Einstein's general relativity, huge objects (planets, stars, galaxies) bend this spacetime, and it is the spacetime curvature - and therefore no attraction force - that keeps us on the ground, that cause the planets to orbit stars (bigger objects) and the apple to fall from the tree.

The time is an even weirder concept and only recently have we discovered that it is relative. The time that we measure here on Earth flows slightly different in the outer space. Yes, it sounds like science-fiction, but is not. The time of the satellites that provide us with the GPS service needs to be constantly synchronised with the time measured on Earth, otherwise the directions that we receive on the GPS tools could differ with tens or even hundred of miles. How can that be possible? The answer is the spacetime. The whole planet is under the direct influence of the spacetime curvature produced by Earth and its higher tension is reached on the surface. The higher you get, the lower this tension is and eventually, at a certain distance, everything comes back to normal.

The spacetime curvature is not only responsible for the planets' orbit around the stars but great spacetime curvatures produced by massive objects like stars, star clusters, galaxies or black holes can also alter the path of light. Einstein again predicted that, but he was able to prove it years later by observing the position of stars around the Sun before and during a total solar eclipse which occurred at the end of the World War I. Our Sun was indeed big enough to bend the light that came from the stars behind it. Later observations of the Hubble Space Telescope confirmed again that Einstein's theory was accurate.

Albert Einstein's theory of relativity explained the concept of gravity only for really big objects in space, which allow us to directly see and measure its effects. However, a theory that can fully explain how gravity affects the small objects in the universe (atoms, electrons, quarks) doesn't exist for now. This kind of theory is essential in order to unify quantum mechanics and relativity theories into one single theory of everything. Maybe, hopefully, we'll know better in the next thirty years :) 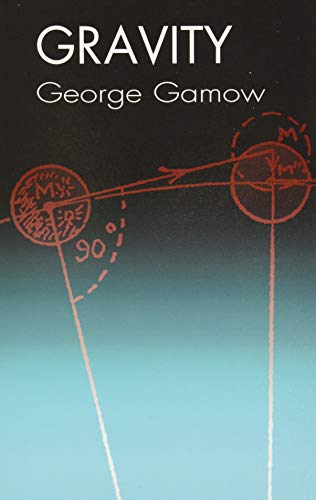 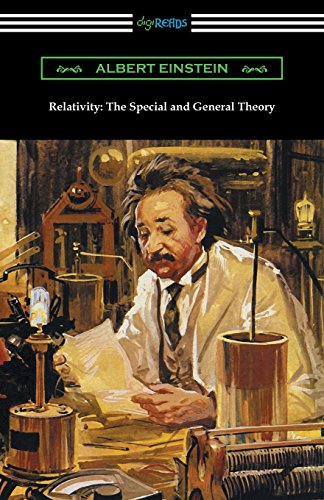