The attitudes of the colonists during the mid to late 1700s varied greatly from person to person as well as from year to year. What began as a few grumblings and minor disagreements escalated quickly far beyond what most had originally conceived. In the beginning, the movement was centered on the need for proper representation, later; however, it became painfully clear that this would not be enough. The citizens of the American colonies had begun to feel as though they were being mistreated and their colonies mismanaged and could no longer tolerate such unacceptable conditions, in the end they felt their only option was to revolt and create a new nation.

In 1765, though many were not pleased with Great Britain, the average citizen still appear to have considered themselves to be residing on British land and governed, for the most part by British rule. There were the exceptions, those who voiced their belief that the British had no right to be a part of their lives and valued the notion of total freedom as well as those who remained at the opposite end of the spectrum and trusted in and were loyal to the crown one hundred percent, but the average citizen seems to have placed their loyalties somewhere in between. Later in the same year, however, more often than not, the colonists seem to not only be rallying one another in anger against the impositions place on them by British rule, but also, they seem to be displaying a bit of fear of the tyrannical behavior of the crown with regard to the colonies, still, they appear to have been aiming for a peaceful resolution. A decade later, while a few colonists remained ever loyal to the crown and a few still believed there was room for a middle ground, the vast majority seems to have become in favor of severing their relationship with England and appear to believe themselves prepared to fight for their right to swear allegiance to a new, self-governing nation. In an attempt to keep the colonists under control and benefit from the labors of its’ citizens, England had clearly pushed even those who once prided themselves on their British dissention into a corner, giving them every reason to despise the very country they were supposed to be serving, and since flight is the very thing that had gotten the families of many colonists where they were in the first place, fight was the only option left.

According to David Copeland’s report, Debating the Issues in Colonial Newspapers: Primary Documents on Events of the Period, several newspaper articles dated October of 1765, the colonists’ attitudes toward British rule at that time were mostly accepting, though many were not pleased with the proposed Stamp act and many feared it, for the most part, with a few extremists, they still appear to have been proud to be British. The biggest discussions seem to be regarding how best to present their concerns to the king. An article in the Boston Gazette refers to the colonists as “the Descendants of Britain, born in a Land of Light,” (B.W., 1765) basically reminding them of the pride they should have in both their heritage and mother country as well as their pride in being colonists. One paper even goes as far as to instruct citizens to “promote, and readily join in, such dutiful Remonstrance’s and humble Petitions to the King and Parliament, and other decent Measures, as may have a Tendency to obtain a Repeal of the Stamp-Act” (The Present Representatives of the Town of Marblehead, 1765). This same article goes on to explain that the amount that local businesses will be subjected to pay is more than they can afford and questions how it will effect trade, the article ends with implying that this act could be the end of trade thereby further prodding the citizens to take respectable action quickly. The interesting thing is that never once does the author sound angry or bitter, nor does he appear to be initiating any action aside from merely petitioning peacefully and making requests that the king hear the concerns of his subjects. This would not be the case for long, however.

Many of the colonists were becoming more and more comfortable with the idea of freedom and independence and held further and further distain for what they had come to know as intolerable tyranny. Evidence for the change that was taking place in the hearts and minds of American colonists can be seen in an article that discusses the need for an American congress and a Bill or Rights, though, at the time, it was intended that these should be presented to the British Court with an ambassador that would represent them there. By May of 1766, the tides were turning. Many of the colonists were already openly voicing their opinions against the crown and its’ supposed right to rule over them. An article in the Boston Gazette states the notion that if something does not improve soon “a Revolution will take Place in America” (Anonymous, 1766). Things only continued to escalate from there with the Tea Act and the Boston Tea Party following. An article written in 1773 stated the general consensus among many of the American colonies of the time when a letter signed “The Mohawks” stated “we are determined not to be enslaved, by any power on earth,” (The Mohawks, 1773). Basically, rather than feeling like British citizens who’s desire it was to have the concerns heard by their mother country, the colonists were beginning to view themselves as independent from that nation and demanding that their voices be heard as free men, even going so far as to compare the situation the British were putting them in to slavery and refusing to adhere to its’ rule. Other articles that can be found in David Copeland’s report, Debating the Issues in Colonial Newspapers: Primary Documents on Events of the Period refer to the handling of the merchandise at the Boston Tea Party as an act of necessity, sympathizers simply could not fathom another way the issue could have been handled and applauded those who participated.

While some still held strong beliefs against the notion of independence and revered the crown with gratitude and the revolting colonists with disgust, this was far from the norm, the culture of the colonies had changed drastically in a short time and no one could ignore it. Soon, the events that were foreshadowed by the Boston Massacre of 1770 could no longer be denied and the country began to openly cheer as American’s rallied for their freedom and independence. Whether it was the colonist’s way of thinking or their circumstances that forced their alligiances to change as Neil York states in his paper entitled William Dowdeswell and the American Crisis, 1763–1775, (York, 2005) the fact is there none the less, they did change. What started out as a few issues that needed to be addressed through proper channels in observance of the rule of a foreign governing nation, became an all-out fight for the right to build a new nation.

Check out these and other great titles

Copeland, David A.. Debating the Issues in Colonial Newspapers : Primary Documents on Events of the Period. 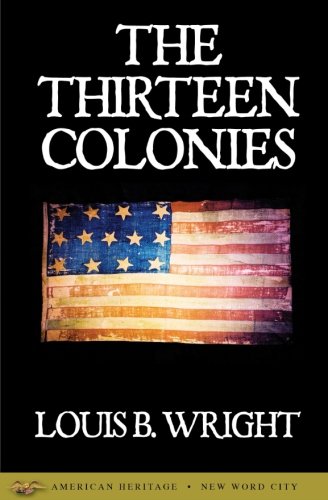