You may have heard teenagers as well as parents say that high school is a waste of time. That the material taught is useless in the real world. Well, I heartily disagree! I'm here to tell you that there are many lessons to be learned in high school, but sometimes we don't appreciate their value until years later. This year is my 50th High School Reunion, and a time of reflection on my years at Hunterdon Central Regional High School in Flemington, New Jersey. It's time to recognize the valuable lessons we were taught by excellent teachers!

I still remember my first day at Hunterdon Central High School. Girls were expected to wear dresses to high school in the 1950s and the first day of school was always an occasion for a new dress. My mother, who was an excellent seamstress, made most of my clothes. For this special first day she made me a red plaid shirtwaist with a really full skirt that I wore with a starched crinoline. Girl's school clothes, especially high school girls' clothes, were not designed for comfort. In the humid New Jersey air, that starched crinoline would would stick to me every time I sat down. The new flats that I wore without stockings would give me blisters by the end of the day. But, with my new "Italian cut" haircut, I thought I did look a little like the popular Mousekateer, Annette Funicello (my friends said I did!), and the perfect fashionable high schooler.

Riding the school bus with my future husband

It was scary and exciting to get on the high school bus with the "big kids" and be carted off to the huge, new consolidated school in Flemington, New Jersey, Hunterdon Central Regional High School. Getting on the school bus, I could feel the older kids looking at me, especially the big senior football players in the back of the bus. Little did I dream that one of those intimidating football players would become my husband a few years later and would remain so for 50 years!

I self-consciously settled into a seat next to my friend Anita. We were both excited and really happy to have several classes together. It was going to be so much fun! 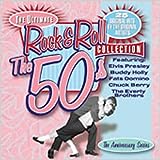 In the four years that followed, it seemed that life was full of useless education. How would my hated history class ever help me? And, except for the fun of exercising my brain, did real life require algebra or Spanish or Shakespeare?

O.K., so physics, history, biology and trigonometry were mostly wasted on me at that point in my life. The main thing I learned in trig class was that yawning is contagious as one of the cute boys sitting near me would deliberately yawn to get the class started on a yawning spree.

Dissecting frogs was not nearly as much fun as I thought it would be, and I REALLY came to hate the formula for photosynthesis! I hated it even more in college. How come I still can't remember it and couldn't care less?

Physical Education was the most dreaded experience every week. Girls were required to shower in the group showers and, wearing only a towel, parade in front of the gym teacher's desk to have her name checked off. How I wished I were like Diane and Dorothy, identical twins who took turns going through the shower twice so that they both didn't have to shower! I didn't mind taking a shower, but being really modest and shy, this was an excruciating experience that I never got used to.

I was also terrible at sports, so the medicine ball usually plunked on the wrong side of the net, field hockey never made a bit of sense to me and, at 5' tall, basketball was a disaster. The best time of my high school career was my senior year when it seemed to snow enough every Thursday so that we had either a snow day or early dismissal -- and NO PHYS ED! Yeah!

What About Your High School Years?

What were your high school experiences?

Many of my classmates went on to become successful business men and women, teachers, doctors, lawyers, and professionals in many other fields. Here are a few who went on to become writers whose books are featured on Amazon:

Books by My Classmates of HCHS

Like to Write? Join HubPages and Make Money, Too!

If you're interested in writing, why not join the HubPages community? It's free and fun. Click here for more information and to join HubPages for free. 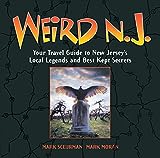 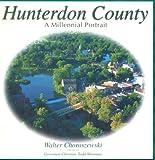 I think we all learned some lessons in high school that had nothing to do with teachers or classes. Those high school years were the time when we learned about friendship and the importance of keeping confidences; about flirting and the joys and pain of boy/girl relationships; about cutting the apron strings and making mistakes. It was the 1950s, remember, and, at 14 or 15 most girls didn't know much about dating or sex. At pajama parties Betty Jane and Marie and I talked about boys, but seldom dared to speculate about sex... and then we were pretty sure our parents had never done it!

Oh gosh, I remember my first job as a Tray Girl at the Hunterdon Medical Center, the first boyfriend to carry my books, the Sock Hop and some of those starched hair styles! After the first dance in my Freshman year, I was so excited that I couldn't sleep all night after I got home. Ricky Nelson and Elvis Presley, Perry Como and Fats Domino played in my head, and the excitement of actually dancing with a boy– it was all too much! Am I the only one who still plays those old 1950s songs?

Oh, before I close, there is one other thing from high school that has served me well-- Miss O'Connor's Latin class! So, o.k., I don't really remember much Latin, but the background sure helps me out in Scrabble– and I can still (sometimes) beat my college age grandchildren at the game! Thanks, Miss O'Connor, Mrs. Godley, Mrs. Zuegner, Mr. Schmidt and other great teachers--you did well!