Suddenly a New Character in the Case - a Tipsy Coachman

Watching the O'Reilly Factor while having dinner on February 28th (the day the Appeals Court in Florida delivered its decision as to who would have the right to bury Anna Nicole Smith) there was a segment with Greta Van Susteren, standing outside a courthouse in Florida reporting on the decision that had just been handed down.

In her report she stated that the court based its decision in part on the Tipsy Coachman Doctrine of which she, despite the fact that she is also a lawyer, had never heard.

Given the drugs and alcohol discussed in the trial it was easy to see some link between a tipsy coachman and her life but this was the Florida Appeals Court not some reporter looking for a good metaphor.

So, off to Google to search tipsy coachman and assorted variations.

The first search immediately listed a string of Florida and a few Oregon appeals court cases which cited the tipsy coachman rule and it immediately became clear that the doctrine referred to cases where the appeals court was upholding a trial court's decision as correct even though the trial court did not follow proper procedure in arriving at that decision.

You see, the job of appeals courts is to review a trial court's decision to make sure that rules were followed and the law properly applied.

The tipsy coachman doctrine appears to be used, by Appeals courts in some states, to let a good decision stand even though the trial court reached it by accident. This is exactly the way the Appellate Court described it when it said, on page 4 of its decision:

The tipsy coachman doctrine,allows an appellate court to affirm a trial court that “reaches the right result, but for the wrong reasons” so long as “there is any basis that would support the judgment in the record.”

This is a little like math problems in high school where, even though your result is correct, if you did not use the right steps to reach it the teacher marks it as incorrect. Unlike math teachers, judges will sometimes give credit for right answers arrived at the wrong way.

The Vicar of Wakefield
Buy Now

"The coachman was tipsy, the chariot drove home;"

I now knew what the doctrine was but there was still the question of how did the doctrine come to be named after the drunken driver of a horse drawn coach? Digging further, I came across a court case which cited the tipsy coachman rule followed by an excerpt from a poem that went:

The pupil of impulse, it fore'd him along,

His conduct still right, with his argument

Still aiming at honour, yet fearing to roam,

The coachman was tipsy, the chariot drove 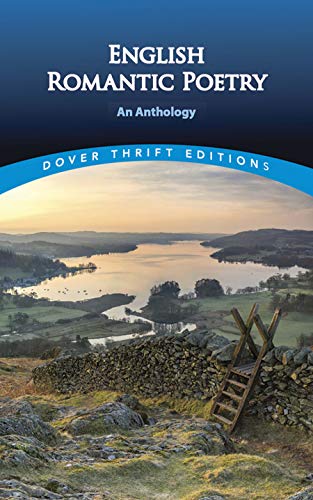 Much of the work of courts, especially appeals courts, in the U.S. is to interpret the law.

We have statutory law which is based on laws passed by Congress and the state legislatures, which, in the lawmakers attempts to satisfy as many special interests as possible are intentionally vague, leaving to the courts to decide what they mean.

We also have common law which looks at legal disputes in terms of customs and traditions and relies heavily on the decisions of previous courts in similar cases. With common law it is not unusual to cite literature and this was obviously a quote from a poem.

But what poem? If my father were still alive I could have asked him as he could usually not only tell me the title of the poem but recite it in its entirety as well.

Entering the first couple of lines into the Google yielded a number of results to old English plays and authors which yielded some clues and possibilities. Eventually, I was led to a 1774 poem by the English playwright and poet Oliver Goldsmith (1728 - 1774) entitled Retaliation: A Poem.

The poem, was written by Goldsmith in response to a suggestion from the actor David Garrick that they each try writing an epitaph for each other in the form of an epigram. Goldsmith responded with a long poem in which he imagined sitting around a table with ten others, including Garrick, writing epitaphs for each, including himself.

Like the similar, but much shorter (the epitaph for Garrick alone runs 32 lines), epitaphs found in my article on Boot Hill Cemetery, the purpose was to sum up a life in a pithy verse on the person's tombstone. Included in the poem is this epitaph for William, a man whose intentions were good even though his reasoning was often wrong:

Here lies honest William, whose heart was a mint,

While the owner ne'er knew half the good that was in't;

The pupil of impulse, it forced him along,

His conduct still right, with his argument wrong;

Still aiming at honour, yet fearing to roam,

The coachman was tipsy, the chariot drove home;

Would you ask for his merits, alas! he had none,

What was good was spontaneous, his faults were his own.

This epigram from Goldsmith's Retaliation: A Poem was included in an 1879 decision by the Georgia Supreme Court. In 1963 the Florida Supreme Court cited the Georgia decision and in 1994 Florida's Fifth District Court of Appeal cited the previous decisions and again included the epigram in the decision.

Going a step further, the 1994 decision called this process of getting the correct result for the wrong reason the Tipsy Coachman concept.

Since 1994 the tipsy coachman concept has been cited repeatedly in court cases. Poor William, Goldsmith never mentioned his last name and used the tipsy coachman term as a metaphor. Now the poor fellow will be remembered as simply the drunken coachman in the Anna Nicole Smith case.

To the Limit
Buy Now