Tobacco: The Incredible Journey of a Notorious Killer and How It Saved One of the Most Famous Artists

The Portuguese discoveries is one of the biggest events in human history which that changed European civilization and the world thanks to a variety of physical and cultural elements promoted by this movement of people. The trading and exchange of plant species in this particular period was one of the most influential elements in our society with very strong scientific, economic and social consequences. Upon arriving at distant and unknown lands, Europeans showed curiosity and great interest in existing plant species, not only for food but also on the likelihood of finding therapeutic properties in them. Therefore, many of those species were brought to Europe as evidence of the discovery of new lands, for their agricultural and economic importance, for its potential use as drugs or just for their ornamental value or strange looks. Many of these plants have adapted perfectly to environmental conditions very different from their origins, and thus assumed an enormous importance (e.g. potato). Others, not being able to adapt to the European temperate climate, grew in other continents of similar climate, changing the local agriculture and economy profoundly, and especially the diet of populations (e.g. sugar cane). Therefore, today, it is hard to understand a large part of agriculture without maize, potatoes, tomatoes, beans, sugar, cinnamon, banana, sunflower, and peanut, among many others.

One plant in particular, changed not only world economy but also human health dramatically. Tobacco plant, Nicotiana tabacum,is a plant of the genus Nicotiana of 76 species, with many natural and manmade hybrids, belonging to same family of many important crops such potato and tomato, Solanaceae. In common, many of this Solanaceae species are toxic and particular notorious for producing alkaloids; some with of very useful medical applications, e.g. atropine, scopolamine. There are several Nicotiana species which are grown for its leaves to produce tobacco, but the most famous and more economically important of them all is Nicotiana tabacum. Its origin and uses date back to ancient Central American people. There are also some tobacco plants that are cultivated for its ornamental value only. The plant was named Nicotiana tabacum after Jean Nicot, the French ambassador in Portugal, who in 1559 sent some tobacco leaves to Catherine de Medici, Queen of France (1519-1589) to combat her frequent migraines. Nicot believed the plant had strong medicinal powers and thus encouraged its cultivation. Another famous and related word, nicotine has also the same origin. Nicotiana tabacum is a perennial herbaceous plant; found only in cultivation that can reach up to 2 meters tall, with big green leaves and long trumpet shaped white-pinkish flowers. All parts of the plant are sticky, covered with viscid-glandular hairs, which exude a yellow secretion containing nicotine. At present, there is research into its ancestry among wild Nicotiana species; it thus is believed that cultivated tobacco, Nicotiana tabacum, is a hybrid of Nicotiana sylvestris, Nicotiana tomentosiformis, and possibly Nicotiana otophora. In the sixteenth century tobacco was also known as sacred herb, because of its attributed medicinal properties. Native Central Americans assumed it as an effective remedy for the cure of all diseases, to cure drunkenness and even to be used as an insecticide. Not surprisingly, Europeans considered tobacco a true panacea: an infallible remedy for migraines, pneumonia, wounds, gout, rabies and even serving as a narcotic, appetizer, etc. After being harvested, tobacco leaves are identified and separated according to their quality and size. Once dried in air, they are stacked and fermented by bacteria. After cooling, they release a soft smoke scent. After further and more elaborated treatment tobacco leaves are then prepared for pipe tobacco, cigars, cigarettes, snuff and chewing tobacco.

Tobacco was already known and used widely in the American continent before the arrival of Portuguese and Spanish conquers. The Central Americans Aztecs considered tobacco nectar as an unsurpassed antidote against the poison of snakes. To the Mayans it had miraculous powers and therefore the first tobacco harvested was offered to their gods. It is believed that its use has emerged around the year 1000 BC, when the indigenous peoples of North and Central America start using tobacco in magical and religious rituals, meant to purify, contemplate, protect and strengthen their impetus warriors, preparing them for battle. It was also believed that it had the power to predict future. Drink or smoked, the plant intervened in many religious ceremonies in tribal meetings as rites of passage from adolescence to adulthood and was also used daily from the Mississippi River basin to the Patagonian plains. Its hallucinogenic properties caused moments of delirium and dizziness, feelings that were often assigned to hypothetical deities, thus easily assuming a divine character.

Despite some initial reluctance from Europeans on its acceptance, mainly because tobacco was smoked by Native Americans, tobacco quickly became not only an important pharmacological ingredient, but also of social and economic use. The acceptance and diffusion rate of tobacco was such that the crown of Spain chose to submit tobacco trade to state monopoly. Portuguese used tobacco already prepared in their important relations with the people from the West African coast. There people adopted and integrated tobacco easily into the hallucinatory herbs that they were already using. Thereafter, tobacco played an important role in the slave trade as a part of the output serving to feed the activity and used as barter; that is the exchange of goods or services without the use of currency. Thus, slave trade coming from the West African coast, showed variations depending on the increase or decrease in the production of gold, tobacco and sugar cane, which functioned as the main products to establish trade. Later, and to compete with European dealers in particular Dutch, English, French, Spaniards and even the Portuguese, Brazilian dealers used tobacco and rum produced in Brazil as money. Their businesses profits and enrichment were such that the illegal trade promoted by Brazilians began to irritate the Portuguese authorities, who did not see of great benefit the control of the slave trade exercised by traders from Bahia to the detriment of the merchants from the metropolis, Portugal.

When the World Started to Smoke

It did not take long for the British and Spaniards to introduce to the whole world an unknown substance, which in some countries led to strong repressive measures taken by many authorities. In the seventeenth century, the Russian Tsar Mikhail I Fyodorovich ordered tormenting any smoker until he/she confessed who had provided him/her tobacco and cutting off their noses. In the same line, Ottoman Sultan Murad IV enjoyed surprising men smoking, even on the battlefield, and punish them with decapitation, dismemberment or mutilation of both hands and feet. Pope Urban VIII excommunicated anyone who allowed the abuse of such disgusting act of smoking within the dioceses.

As smoke prohibition increased, the other side of the tobacco was being discovered and gained strength as medical use. From the sixteenth century, use of tobacco was introduced in Europe by Jean Nicot after it healed an ulcer on his leg, hitherto incurable. However, in 1635 a royal order decreed that in Paris it was forbidden selling tobacco to any person, except pharmaceuticals. It seems that the habit of smoking in Europe was first introduced in England in 1585 by Sir Francis Drake, who back from Virginia, spread the habit and taught how to handle tobacco, according to the habit of that region. Not so long after, opens in France the first house for selling and consumption of the plant. Smoking in Spain is supposedly due to a Spanish friar, residing many years in Hispaniola, the island that contains the two sovereign states of the Dominican Republic and Haiti. The taste of tobacco provided great stimulus, although it was recognized that it could be harmful to the body. In Portugal, use of tobacco was established in the early seventeenth century. Its growing importance was such that it gave rise to a small tax arbitrated by the Portuguese king. As with tobacco, this tax grew with the gradual progression of the profits earned by dealers. As for the rest, we all know how tobacco industry became one of the biggest worldwide and how many conflicts of interest are still at stake. 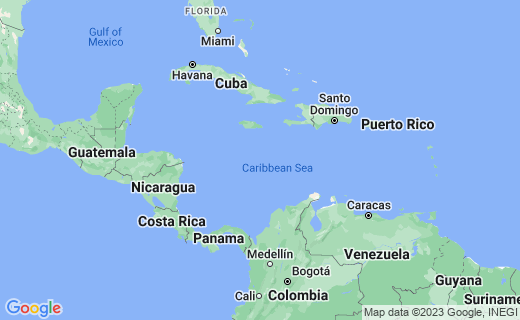 Cubism as We Know It

From the many different and funny stories involving tobacco and its use, this one I find particularly funny and very interesting. On October 25, 1881, a newborn boy from Malaga, in Spain, was pronounced dead by the midwife. Impressed by the sad scenario, Spanish physician Salvador Ruiz, brother of the baby’s father, unsatisfied with his nephew much shorted life, decided throw the aromatic smoke from his cigar directly in to the nose of the baby who had just been pronounced dead. Some minutes later, the baby pinked up and began to move his little frail body. Pablo Picasso, one of the most famous artists of all time, was then brought to life and reborn. Most possibly, it is a world record of the youngest smoker but from then on we all know how lucky and successful that first cigar turned in to.