No matter how much Americans love England, we always keep plenty of room in our hearts for the love of Ireland. We have to - we practically are the Irish! It seems to me that everyone I run into holds claim to some Irish ancestry, no matter how distant. In fact, over 36 million Americans are at least part Irish - that's about 12% of the population of America. Ireland, after all, is only the size of West Virginia, and yet the Irish have become such a great part of our country. I for one am proud of my teensy bit of Irish blood and can think of many reasons to love the Emerald Isle. Here's my Top 15 List.

Can you say "Magically Delicious"? Every culture seems to have its own legends of little people, but perhaps Ireland claims the most colorful version: leprechauns. A leprechaun is a little man who likes to make shoes and guards his pot of gold that lies at the end of the rainbow. And sometimes the pot of gold is really just a bowl of cereal. Or at least, that's what I've been told.

Now I'm not at all superstitious, but I can't continue without mentioning the Luck of the Irish. I'm really not sure why the Irish are supposed to be so lucky. Maybe it has something to do with the fact that the Irish are populating the world... At any rate, we sometimes confuse the lucky four-leaf clover with the three-leaf shamrock which is a symbol of Ireland. The Irish shamrock's origins as a symbol really have nothing to do with luck, but with St. Patrick who used the shamrock to explain the Trinity.

One of our favorite holidays is St. Patrick's Day. What else is there to do in the month of March? Americans tend to go a little wild on St. Patty's Day, and I sometimes wonder if the Irish themselves could celebrate better. Chicago even dyes its river green for the day. Now that's commitment to heritage.

Learn about the real St. Patrick:

I really don't have any first-hand experience of pubs in Ireland, but here in America an Irish pub is a fun place with good beer, decent food, and great music. Perhaps it's not ladylike for me to say so, but a pub is the place to be on St. Patrick's Day or any day if you just want a Guinness and some decent noise. I have a feeling an Irish pub in Ireland is even better.

Maybe I'm biased, but Guinness is just the best beer around. There are many reasons for this, not the least being that Guinness has been in existence for 250 years. It's also good for your heart. Brad Pitt drinks Guinness. I drink Guinness. I could go on, but I won't.

Little does Ireland know that in America corned beef is the epitome of Irish food. Someday we'll all realize that the Irish eat something more than fatty preserved beef that comes in a can. Until then, bring on the bully beef...

Corned Beef in a Can

My family used to watch Riverdance every St. Patrick's Day - the Jean Butler and Michael Flatley one. If only if only I could have been a dancer... At any rate, Irish dancing is absolutely beautiful to watch, and I imagine it is amazing to actually dance.

Jean Butler as the Countess Cathleen

It's an obvious fact that Ireland has doors that are much more interesting than ours in America. That's right - doors. Haven't you seen the poster "Doors of Ireland"? The house might be made of straw, but at least the doors looks good.

The amount of Irish countryside calendars that are sold in America is amazing. Trust me. Even though most of us have never been to Ireland, we still like to look at it. Ireland must be truly gorgeous. It can't be called The Emerald Isle for nothing.

Of course, the Irish landscape wouldn't be complete without the big fluffy sheep that probably populate every field in Ireland. (The calendar told me so.)

None of your blarney! Or your shenanigans! Oh, and top o' the mornin'! Do all the Irish talk like Lucky the Leprechaun? Probably not... Maybe it's strange, but if I were to learn another language, I'd pick Gaelic. 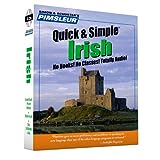 It is sometimes hard for us Americans to wax eloquent without sounding like idiots, so we often turn to the Irish to write our toasts for us. Raise your glasses:

"May your troubles be as few and as far apart as my Grandmother's teeth."

"May you live to be a hundred years, with one extra year to repent."

"May your home always be too small to hold all of your friends."

"May the road rise up to meet you. May the wind be always at your back. May the sun shine warm upon your face. And rains fall soft upon your fields. And until we meet again, may God hold you in the hollow of His hand."

Everyone loves Celtic music - the fiddles and bodrhans, the jigs and hornpipes. Traditional Irish music is toe-tapping, happy-yet-sad fun. And of course, the Irish have made their own way with modern pop music. Their claim to fame includes U2, Sinead O'Connor, and the Cranberries.

Dolores O'Riordan from The Cranberries

2) The Actors and Actresses

Maybe it's their accents, but the Irish have done fairly well for themselves in Hollywood. Irish actors and actresses include Sean Bean, Liam Neeson, Jonathan Rhys Meyers, Cillian Murphy, Colin Farrell, Pierce Brosnan, and Saoirse Ronan.

If you know me at all, you will have guessed that literature would be my number one. And Ireland has its fair share of the good stuff - just consider the Old Library at Trinity College (someday I will live there). Irish writers include Oscar Wilde, C.S. Lewis, James Joyce, William Butler Yeats, and Jonathan Swift, to name a few.

The Library at Trinity College in Dublin 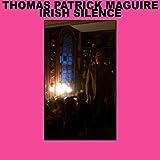