The Umayyad Caliphate was founded after the First Muslim Civil War ended in 661, by Muawiya ibn Abi Sufyan, the governor of Syria, with the capital set in Damascus. It was the second and largest of the four Islamic caliphates created after the death of Muhammad.

The caliphate lasted from 661 to 750 and at its largest covered 15 million km2. An estimated population of 62 million was under its rule, in its expansion assimilating Caucasus, Transoxiana, Maghreb, Sindh and the Iberian Peninsula.

The main practiced religion was Islam, but a policy that provided freedom of religious practice and self government was continued since the life of Muhammad, many territories being densli populated with Christians. Relations between Muslims and Christians were prosperous, as far as official positions being held by Christian people, on the idea of having a more harmonious relation with conquered territories that were inhabited by Christian people.

The official language was Arabic, while the official currency was the gold dinar and the dirham.

The Spanish Empire had its inception in the Age of Exploration, starting with the conquest of the Canary Islands in 1402 and ended officially in 1975 with the return of territories to Morocco. Its greatest losses were experienced in fights for independence that took place in the Americas in the 19th century.

Spain reached the place of most powerful global power in during the rule of the Habsburg dynasty, when their resources of gold and especially silver coming from South America boosted up global the market. Unfortunately for them bad management and improper use of tax law caused Spain to go bankrupt several times.

During its Golden Age, the Spanish Empire ruled over the Netherlands, Luxembourg, Belgium, parts of Germany, most of Italy, parts of France and parts of the Americas (Mexico, Peru, The Philippines), Africa and Asia. 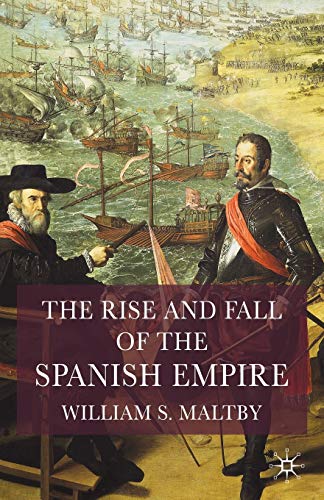 The Rise and Fall of the Spanish Empire
Buy Now

The foundation for the Russian Empire was laid by Tsar Ivan III (1462 – 1505), whom amongst many other things tripled the states territory. Officially the empire lasted from 1721 until 1917, after its failure to participate in the Great War lead to the February Revolution of 1917.

During this time Russia saw a shift from its mainly rural economy, with serfs working on large estates, to a more westernized approach. The industrialization took a top spot on their priorities list with many factories being built and massive investments in the railway system.

The estimated population in 1916 was of 181.5 million, with the official language being Russian and the official religion Russian Orthodox.

The Mongol Empire lasted from 1206 to 1368, its first ruler being the famous Genghis Khan. By unifying the Mongol and Turkic tribes Genghis Khan managed to take all Mongols under his leadership.

During his rule Genghis Khan implemented many beneficial and innovative ideas. He reorganized the army, rewarded those who had been loyal to him. In his new law he forbade the selling of women, hunting of animals during the breeding season, fighting between Mongols and theft. Religion was a free choice while domestic and international trading was supported.

At its largest the Mongol Empire stretched from the Sea of Japan to Central Europe, covering the south part of Siberia, the north of Indochina, the Iranian plateau and the Middle East.

The Rise and Fall of the Second Largest Empire in History: How Genghis Khan's Mongols Almost Conquered the World
Buy Now

The British Empire was the largest empire the world has ever seen. It arisen in the 14th century and saw its largest after the First World War. After the Second World War the empire granted independence to most of their former colonies, but up to this day there are about a dozen states that still share the queen of England as their head of state.

During its existence the dawn of the Industrial Revolution cemented the status of Great Britain the one global super-power, its technological innovations being eventually picked up by the entire world.

The British Empire has been named The Empire on which the sun never sets because of the fact that during its largest territorial extent at least one territory under its rule was in daylight. The territories and states that once belong to The British Empire were Indonesia, parts of North America (now the U.S.), Canada, parts of South Africa, Rhodesia, Swaziland, Kenya, Egypt, Sudan, Raj, parts of Antarctica, parts of South America, Barbados Islands, Cuba, Hong Kong, New Zealand, Australia, Uganda and New Guinea.

Which of these empires had the biggest influence on the modern world?