Each new attempt of revisionist history to twist a report on a phenomenon, event, person, or culture leaves out many of the actual events preceding it. These attempts lead to 21st Century old wive's tales and superstitions that some of the public claim as truth as they read it on the Interent..

During each generation, many people that were alive during the period of history being twisted die. Their memories are lost to us, but sometimes their diaries and journals survive, filled with what their writers actually experienced. This is the one reason that I am thankful that my parents, grandparents, and older ancestors had children at age 60+; and that I had uncles-in-law from the former USSR that also were long-lived. I have had access to information otherwise lost to knowledge. This is why I know factually that there were black cowboys in the American West early on, that a Model A Ford could be driven from Ohio to Colorado in the early years of the 20th Century, that the Jewish Holocaust was real and hurt people, and something of Native North American history.

The Warren Commission was surrounded by comments of its members in 1963 that the full list of facts in the JKF Assassination would not be published until 100 years after the last living person of 1963 was likely to have died. I'd say that would be about 2073 or so. However, with everyone alive in 1963 then dead, a planned canned history might come forth.

Revisionist history is a Thumbs Down item.

In 2011, a new conspiracy theory about Area 51 and the Roswell Alien Landing was published by journalist Annie Jacobsen in a very long book. The premise seems to be that the Alien Landing was a hoax perpetrated by the Soviets to distract the American public from Soviet efforts during the Cold War and to scare the US Government about possible nuclear attack. This is convenient, coming at a point in history when the American Government is increasingly concerned about Russia and its intentions toward the USA.

The loudest voice against the new publication is that of journalists who believe that the Alien Landing was a hoax perpetrated by America's CIA to distract the public from Cold War efforts and to scare the Soviets of a possible nuclear threat. The Cold War began in 1947 and either side could be blamed for Roswell, but 1,000s believe in the Roswell extraterrestrials - and other aliens.

In the 2011 film Paul, filmmakers suggest that Roswell was a different cover-up, that extraterrestrials are a step in human evolution and that religion/faith is a distraction. At the same time, all this distracted the public from the Cold War then and from the three wars in which America is simultaneously involved now. This explanation does not conform to Occam's Razor. Too convoluted. Thumb sideways at indecision position. 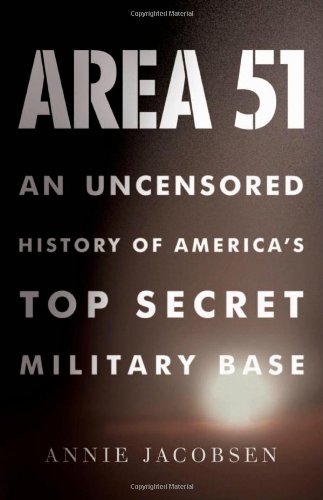 Like other stories, relevant history concerning Area 51 was ignored in the new publication:

1) In 1935, Canada had already manufactured a flying saucer that could travel in the air several feet off the ground. Was it human design?

2) The military personnel on Wright Patterson Air Force Base in Dayton, Ohio have a set of photos presumably of the 1947 wreck and aliens. The photos have been passed around occasionally; but , having known some of these staffers, I still cannot say whether the photos are real or faked - they are too grainy. Convenient, what?

3) In the 1990s, a not too well-known journalist for a woman's magazine posed as a job seeker and was hired for a position on the grounds of Area 51. Workers drove onto the base with proper work IDs and were required to park in a lot far away from the buildings. A bus arrived and transported the workers to an office building. Inside, the workers had no work to do. They enjoyed coffee and read books and magazines throughout their days and were transported by bus back to their cars at the end of the work shift. The journalist felt that this was a ruse to draw attention from the real work of the base, whatever that may have been; or to distract the press and curiosity seekers away from another base of operations elsewhere in New Mexico.

4) In-depth research about Area 51 has been amassed, including government documents, on the website The Black Vault since the 1996.

5) The Area-51/CIA developed Lockheed U-2 was already used against USSR in 1960 in covert operations and shot down in Moscow. NASA and the CIA colluded to paint another U-2 with NASA emblems and serial number to prop up a story that the U-2 was used only for weather research. However, Moscow had kept the damaged U-2 that invaded and proved otherwise. This sets the stage for further US aerospace cover-ups to be accepted.

Evidence, including events such as the U-2 involvement in the 1961 Bay of Pig and the 1962 USAF U-2 photo reconnaissance in the Cuban Missile Crisis, seems heavier that the Roswell Incident/Area 51 is used against the USSR/Russia than by USSR/Russia against USA.

6) John Glenn adamantly maintains that he saw other life forms from his space capsule window in the 1960s. Apollo 11 Astronauts Neil Armstrong and Buzz Aldrin insist that they saw an installation already on the moon in 1969 and were ordered away from it by Houston.

While the new publication is over 520 pages long, its new conspiracy theory involving the Soviets appears in the last chapter. It claims that the Nazi doctor-scientist Joseph Mengele mutilated two small humans in experiments under Soviet supervision and sent them and a craft to New Mexico to create turmoil. This connects the Soviets, US allies in WWII, with Hitler and period German aircraft designers. 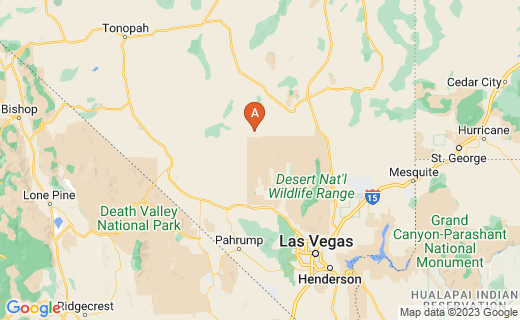 The Annie Jacobsen book includes much information about the U-2 craft developed at Area 51 and about the famous controversy over Bob Lazar and his supposed work on reverse engineering alien crafts for US use. It includes a lot of descriptions of the base, but little or nothing about its activities or aircraft developments from about 1980 - 1999. The book also reinforces the theory, perhaps unintentionally, that the 1969 Moon Landing was a fraud.

This book does not seem to contain much new information or different interpretation, except the claim against USSR. I'd interview the Apollo 11 astronauts about the lunar installation they discovered in 1969, because this might be a more important discovery. Bouncing the blame for a fake Roswell Incident between Communists and Democracies may not be the best use of time and may be another sort of distraction.

Still, the book is interesting - information, misinformation, and speculation included. The UFO business has received a boost.

I'd start with this book and add more to it in order to get to the truth.