July 20, 1969: The Apollo 11 Mission permitted two US astronauts, Neil Armstrong and Buzz Aldrin, to walk on the moon in a global first. The 1950s-1960s Space Race had been won against the Soviet Union. NASA later misplaced the video recording of these first steps on the Moon, but recovered it. This lunar event was likely the the highlight of the Nixon Administration.

Interestingly, Paramount's Star Trek® aired its last episode in the spring of 1969. However, supporting actress Nichelle Nichols and others from the series advocated for the recruitment of women and other minorites into the NASA astronaut program sucessfully. Ms Nichols is personally responsible for career decisions of several astronauts, engineers, doctors and other professionals from the minorities as well as from whites. In 2013, actors from ST:TNG and ST:Voyager joined the program for recruitment efforts.

Apollo 11 - Heroes of the Nixon Years 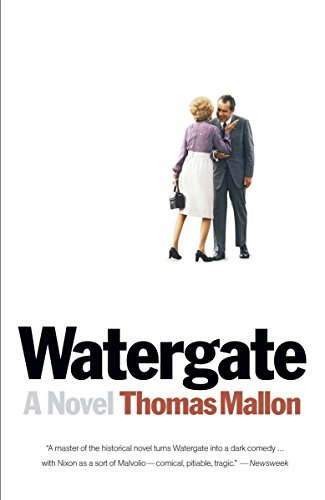 Watergate: A Novel
By the author of Fellow Travelers about the Cold War and Mrs. Paine's Garage and the murder of John F. Kennedy. All of these books are tremendous.
Buy Now

Beginning with Richard M. Nixon, he and all subsequent US Presidents denounced the use of internment camps for Japanese people and Japanese-Americans during World War II.

In fact, the next President, Gerald Ford, revoked Franklin Delano Roosevelt's order to imprison Japanese and Japanese-Americans living in the US at the time of the war. Following Ford's term, President Jimmy Carter signed a bill into law that established a committee; that committee found the FDR internment order to be unjustified by any military evaluation of the war.

The next president, Ronald Reagan, decried internment as morally wrong and issued orders for reparations to the survivors of the first interns in these camps. These included common individuals as well as the actors Pat Morita and George Takei.

After Reagan, President George H. W. Bush pointed out that the internment created a series of serious injustices and issued orders for apology and pay, while President Bill Clinton followed suit.

President George W. Bush also agreed that reparations were required and The House of Representatives passed legislation to that effect, finally, in 2007, over 50 years after the war.

During World War II and the Korean War, the use of sex slaves by the Japanese armed forces against the enemy was profligate, but unknown to the world until as late as 1991.

An estimated 200,000 teens and young adult women from across the Asian nations were captured and made into "comfort women" to serve Japanese military men. In addition, some were forcibly infected with STDs and sent into US and South Korean military camps to spread disease and death throughout the enemy. Richard Nixon and subsequent US Presidents dug this information out into the open through the decades following WWII.