Uncommon Courage: Artemisia I of Caria

The Battle at Salamis

In 480 B.C. the men of Greece were waging an almost ceaseless war against the impossibly huge army of Xerxes I, king of the Persian Empire. By now the heroic three hundred Spartans and their king, Leonidas, at been slaughtered at the Hot Gates—Thermopylae—and the Persian army began its steady march towards Athens. On the sea, the Persian navy clogged the waters, closing in on the Greek coastal towns … and while the Greeks feared the Persian army and its relentless king, there was only one person that they hated even more: Artemisia I, queen of Caria and admiral of five of Xerxes’s warships.

Not much is known about Artemisia’s early life. She was queen of Caria, a small kingdom in what is now southern modern Turkey, and her capital was Halicarnassus, the ruins of which still stand today. At some point her husband died (I should note here that you shouldn’t confuse Artemisia I with the later Artemisia II, inventor of the mausoleum), leaving her the sole ruler of Caria. It is recorded that she had only one son.

At some time in its history Caria had been absorbed into Xerxes’s ever-expanding empire, but Xerxes permitted Caria to rule itself so long as it paid tribute to him every year. When he decided to invade Greece he demanded that his coastal kingdoms—Caria included—donate warships and an admiral to command them. Artemisia deployed five of her triple decked war triremes—each so big it took eight men to move a single oar—and set out to join the Persian fleet. To say that she went because she was forced to wouldn’t be true; according to the admiring scholar Herodotus, she went to battle because of, “her own spirit of adventure and her manly courage were her only incentives.”

Several skirmishes were fought around various Greek islands, but the Persian fleet took a serious loss around the island of Euboea. Artemisia didn’t lose a single ship in the fighting, unlike her male cohorts, and caused the most destruction to the Greek fleet before being forced to retreat. Though overall angry with what had happened at Euboea, Xerxes was thrilled with Artemisia’s success, praising her above all of his other admirals and generals. He consulted her for tactical advice, and after the success at Thermoplyae, Artemisia told him that it would be better to have his land army advance and fracture all of the Greek city-states; she warned that the Greek navy was much too powerful and skilled for the Persian fleet, and that to press on by sea would mean disaster.

Xerxes, brilliant tactician that he was, ultimately chose to ignore her advice and sent his navy on ahead, to the Strait of Salamis. He told Artemisia that the only reason why they lost at Euboea was that he hadn't been there to view the fighting, so his men had become lazy ... plus, he had received a challenging message from the Greek general Thucydides and fell for the bait.

Had Xerxes been paying attention, he would have seen from his cliff side vantage point that the strait was far too narrow, and once the Persian ships crowded in, they had no room to maneuver. He signaled for them to advance anyway, and as the Persian triremes filtered in, they broke their formations, becoming separated from their admirals. The Greeks swooped in, rapidly picking off the enemy ships and actively searching for the flagship of Artemisia—they couldn’t stand the thought that a woman had so thoroughly routed them in all of their sea battles, and the indignity of it was so great that they actually put a bounty of 40,000 drachmas on her head!

Almost immediately Artemisia knew the battle was lost, and she was also aware of the bounty, and what the Greek men would do to her if they caught her. Seeing he ship of Greek General Ameninias closing in on her, Artemisia ordered for her ship to turn and retreat, only to find that the way out was blocked by a Persian warship. Unflinching, Artemisia ordered for her oarsmen to paddle full speed ahead, and her ship rammed into her ally’s, sinking it and allowing her to escape.

In the chaos of the battle, the Greeks pulled back, thinking that their men must have captured Artemisia’s flagship and rammed the other Persian ship—no woman had the guts to do that. On the cliffs above, a sycophantic worshiper turned to Xerxes and exclaimed, “Do you see, lord, how well Artemisia is fighting? She has sunk an enemy ship.”

Soon the Persian fleet was in full retreat, so crippled that it would be decades before they ever attempted another incursion. Upon viewing the remains of his shattered navy and demoralized troops, a disbelieving Xerxes lamented, “My men have become women, my women, men.”

Artemisia encouraged Xerxes to return to Persia. This time he agreed with her, and for all of her bravery and sacrifice he awarded her with … a full suit of Greek armor. Accepting the gift, Artemisia returned home to Caria, reputedly escorting Xerxes’s children with her. According to some reports, she led a successful raid and captured the island of Rhodes, though information here is sparse. How and when she died is unclear, but no validity should be given to the tale that she drowned herself after being rejected by a younger man—it’s hard to believe that a woman that strong, that brave and that clever would kill herself over unrequited love. That right there is the only piece of fiction in this story.

The Encyclopedia of Amazons, Jessica Salmonson 1991 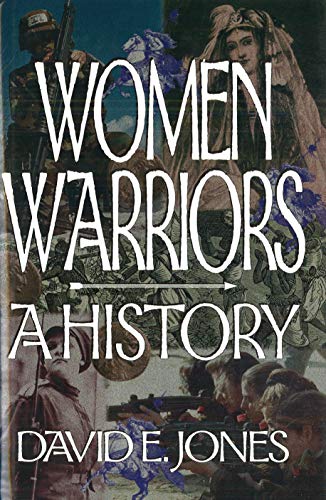