What is an Underdeveloped Economy and their Features 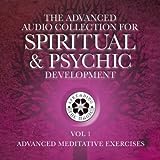 Development is one of the common matters of discussion around the globe. It is actually a new concept emerged beyond the concept of growth. Developmental analyses enable us to examine developmental progress of any society or any country. Based on the developmental analysis each countries can be categorized under any of the following three groups.

ii) Developing or emerging countries and

Every society starts its journey from the under developed stage. It may be characterized with very pathetic social conditions. And gradually the economy may witness innovations and improvements which lead to the next stage. That is developing stage. And finally the developed stage is the dream of any economy which is characterized with better and quality of living conditions.

Here this hub is aimed to explain about under developed economies and its features.

Under developed economies are characterized with many indicators like lower level of income, low level of capital formation, mass rate of unemployment, under utilization of resources etc.

Features of under Developed Economies

i) Low level of Per Capita Income (PCI)

Rational utilization of resources is the fundamental problem of any economy. In under developed countries, the available resources may not exploited. Which will badly affect the opportunities of an economy to grew more.

In under developed economies, the production will be based on old and obsolete technologies. So the productivity will be very lower. Further, the employees may not acquire skill to improve the production. Here this problem can be over taken by giving training and ensuring modernization.

Poverty is one of the biggest challenges of humanity which widely suffered in under developed economies. Today mass poverty can be seen in African and Asian continents. The basic barrier for the eradication of poverty is the unable condition of the economy to create employment and other social benefits.

In under developed countries, there exists deficiency in capital. Since such economies are not advanced one, its rate of capital formation will be too much lower. It is basically because of high risk in investment opportunities and poor infrastructure. So, under developed economies are continuously challenges multiple issues because of the lacking of sufficient capital.

Since people in under developed countries are earning lower level of income, they will spend almost the entire income on consumption and to meet other necessities. So they can not save much. This will indirectly reduce the rate of investment and capital formation.

Most of the under developed economies are highly depending the agriculture and allied sectors. In such countries a big portion of human capital engaged in agriculture. But they lack modernization and so they can not contribute much to national output or national income.

Since under developed countries lacks modernization the productivity will be much lower. Another reason of low productivity is the lack of skilled and trained workers. Low productivity always gives burden such as wasting of resources and time.

In under developed countries, the condition of infrastructure will be very bad. There exist many social limits to create better infrastructure or good atmosphere. This creates barriers to start new economic activities. So good infrastructure is very essential to grew the economy.

x) inequality in income and wealth

in under developed economies, the existence of huge inequality in income and wealth is common phenomenon. Normally there will be two classes like rich and poor. The richer class earns higher income while poor class earns very little income. Further under developed countries are characterized with huge inequality in wealth. A major portion of wealth will own by few richer people while a very little amount of wealth is left to poor class.

in under developed economies, the birth rate will be much higher. In some cases the delth rate also higher because of poor infrastructural facilities. When the economy entered in to the initial stage of advancement, the death rate may fall. But birth rate prevail higher. So the over population creates pressure on the under utilization of resources.

Disguised unemployment is another core feature of under developed economies. It is a situation in which more workers are engaged in a particular work which requires few workers. Here the wastage of manpower will be the final impact. So the productivity will be nil or very lower because of the high emphasis on agricultural sector and high population growth.

In short, under developed countries are those countries which still remains in the first stage of development. In such economies, the standard of living will be very bad. Such economies continuously challenges freedom, security and safety.