The Ego and the Self

THE EGO AND THE SELF

The ego , Jung says, is the subject of all personal acts of consciousness. This is not to be confused with the Self, for the Self includes the ego.   As the nucleus of the whole, the regulating processes of the Self  produce dreams that accompany an individual arrangement or pattern that Jung called “the process of individuation. ”  Jung used dream analysis in determining the clues conferred through this process.  This regulatory effect stems from the Self, described by Jung as the “totality of the whole psyche,” to distinguish it from the ego, only a part of the whole psyche.  Some call it the Higher Self or Soul.  In virtually all religions there is belief in “soul,”  a nucleus of sorts, creative and organizing, sending us dreams as a gift for knowledge of itself.  Unfortunately, few people understand its symbols, preferring instead to pass them off as the price of too much food before bed.  Working with dreams, hypnosis, and other processes, accelerates life changes through strengthening consciousness.  That is the goal, to make conscious that which is unconscious.  Think of the ego as the gateway to the knowledge of yourself, fully, as it rests between the conscious and the unconscious.  The Self withholds its powerful energy of knowledge until we are ready, through dreams, fantasies and observable actions.  Sadly, our society has forgotten how to utilize these ‘symbols' for personal transformation and collective responsibility.  However, the Self has never forgotten its life lessons.

It is important to remember that the ego is only on the border of consciousness, developing during one’s lifetime.  It is, however, our  point of reference for conscious awareness. The ego is only a part of the Self, which is limited whenever the it goes beyond the field of consciousness.  Still with me? The ego is subordinate to the Self.  Think we have free will?  Ever end up somewhere other than where your free will was supposed to take you?  Ever go to the store and found yourself on the way to work?  The Self has more interest in the “truth” of us than does the ego.  The ego is helpless when the mechanism of the unconscious is in the process of development, thus, Ego becomes greatly modified.  The instigator of the force that leads us toward the process of individuation is the Self.  The more we fight it the tougher the road, the more painful the signs.

You Have an Unconscious and a Conscious Mind

The job of the unconscious is to compensate for the attitude of the conscious.   Simply put, the unconscious is a warehouse of what we do not know we know.  From the unconscious emanates the archetypes, metaphoric personalities which we can use to understand what persona we are acting out at the moment, what "hat" we're wearing.  Some of us have been, at one time or another, aware of unexplainable, sometimes mysterious forces that move us in certain directions.  The archetypes are the unconscious’ way of communicating with and about ourselves. How often have you made an "absolute" decision, only to doubt it with great fear a moment or a day later? Well, one sub-personality, or what Ro-hun therapy refers to as a Reactive Self (RS), was confident enough to make the decision. Something triggered a different  RS, call it "the fearful self", which doubted the decision.

Sometimes we make ourselves overly stressed wondering if there is something wrong with us, flaky, fickel, nuts, when it's just not understanding that we have many different RSs with can be triggered in a myriad of ways. Certain songs, voice tones, a look, etc. can trigger a RS and it is usually unconscious. Which, of course is what makes it so troublesome. But when we commit to paying more attention to our actions, "slips of the tongue, and other unconscious behaviors and what people say to us, we begin to recognize not only the RS's, but also what triggers them.  Then we can remind ourselves that that is all it is, a RS, and begin to heal it.

One way of understanding the various aspects of the Self is to meditate on a DAILY basis. You won't find the time, because time is not hiding; we must carve out time and stick to it. Other major benefits can be found in my hub on meditation and the powers of the mind. We cannot afford to NOT meditate regularly. It is also a way to show the unconscious mind that we are serious about knowing all aspects of ourselves. This is kind of scary, especially in the beginning, but just remember, everyone has their shadows. Not only is it harmful to judge others, but also of judging ourselves. Many people fear going deep within, but that is where the healing begins. Your conscious mind is just a container of all the beliefs of others that you were taught. True wisdom comes from the door of the unconscious. You will not be given anything you cannot handle, unless a therapist tries to force you see something your unconscious mind is not ready  to reveal to conscious awareness.

The difference between hypnosis and meditation is the spelling. It is a relaxed brainwave stat that becomes a threshold to the unconscious mind. Prayer is active. It's when we speak to God or the Universe. Meditation is passive. It is when we listen.

We go, go ,go day and night, or we focus on pain, whether emotional or physical. We often give so many pieces of ourselves to others and save little or none for ourselves. Even people who know some of the benefits of meditation will drop the practice, to make time for more business. They do not know how to turn down the mind or the brain and they become first "stressed out," then sick in some way. When life becomes over-bearing, too busy, then meditation is the last thing to cut out of your schedule. If someone says they do not have 20 minutes a day for the immense benefits of meditation, physically, mentally, spiritually, then they are saying they are not worth that 20 minutes out of 24 hours! What do you suppose the unconscious message is and from what RS?

Commitment to regular meditation is paramount to knowing ourselves, our true Selves and how we fit into the Universe. Regular mediation is how we put aside the outside world that is not who we are but a stage for our true selves to learn and grow. We will leave it behind one day. We need more piece and control of our minds, which brings greater health to our brain, therefore the body. The body is the vehicle for the Soul for the purpose of learning greater wisdom.

How the Archetypes Affect You 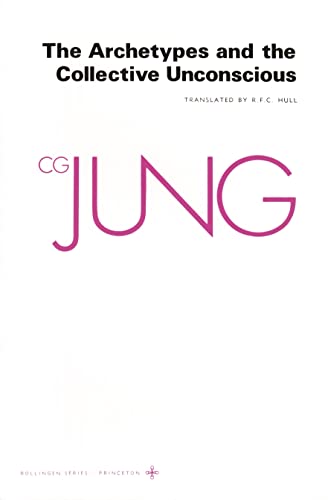 Your Efforts Are Rewarded

Through trusting a Higher Consciousness, or God, I continued to listen to that still small voice it spoke to me through while meditating.  Often times that voice speaks when just "zoning" out, because it is the same brainwave state as meditation.  I remember the first time I became truly consciously aware of the force of the Self.  I could feel taht is was me but more of me than I ever imagined. Once I became conscious of this force working in my life, I knew I had given it permission to unleash whatever it needed to bring me to a place where I would learn what I needed , despite what my ego thought I needed.  This was very alarming, but I was determined to trust what I had preached to others: The Source that created us is within us, if we believe we were made in Its image.  Something long ago told me that there was something within me that was just outside my conscious awareness, but really close by.  Whatever this source of energy, I knew it was far bigger than I, that It knew more about me than I knew.  Now I know it intimately.  Whenever I meditate on this energy and what it is, I move  into the feelings this thought evokes, feelings of something God-like.  I believe that this is my soul, the Self, what Christianity calls the Higher Self or Spirit, connected to the Big Self, or God.  Ever since I became aware of that part of my Self and its uniqueness, its love, its creativity and all I knew I was capable of, even if for a moment, it is as if I pulled my finger out of the proverbial dike, and a new, more powerful energy surges from within me.  And I know it is always with me. And ever since then, I continue to achieve my dreams, joy, love and abundance.  It is a continuation of  wisdom, strength and love which I pass on to my children, grandchildren, friends, patients and even strangers.

Since following this path of Self-seeking, my fears abate and my success as a woman, my career and contentment continue. I am where I want to be yet continue learn ever more about who I truly am, which is probably why I am still around!

Blessings to all who are on the "conscious" road to spiritual awareness, the continued learning of the Self.