PROGRAMS THAT MATTER TO OUR YOUTH

"BUILDING TOMORROW WITH THE POWER OF TODAY"

The University of Pennsylvania Summer Mentorship Program (SMP) is a four week college prep, career exploratory program. SMP focuses on several fields of study. Programs included the School of Medicine, School of Dental Medicine, School of Engineering & Applied Sciences, School of Nursing and Law School. Students in 10th and 11th grades are given the opportunity to experience their desired career before they depart from high school.

First, Interested students filled out an application. Second, once selected students had a face to face interview with the coordinator of the individual program they wished to participate in. Lastly was a parent/student orientation for the chosen participants. The orientation included introductions to staff, an overview of each program, SMP rules, completion of requested paperwork and a delicious dinner.

Each student received an official PENN identification card that allowed them access to PENN facilities and for the purchase of lunch. Additionally, they were given a weekly transpass. Finally, students receive a stipend at the end of the four week program.

The main focus of this article will be on the School of Medicine program. The School of Medicine participants received a lab coat, materials needed to complete the written sections of the program and several t-shirts for field trips and other outings. This was all a part of exposing Philadelphia high school students to the benefits of post-secondary education in a university atmosphere.

Students were introduced to the staff and fellow participants. Each student was addressed as doctor. They went over the program rules for the first few days. Later in the week they visited The Franklin Institute which was the first field trip as every week they have one. Staff guided the tour focusing on the science of the working body.

One of the first lessons the student doctors received was training in Cardiopulmonary Resucitation (CPR.) This training process will yield certification in child and adult CPR. 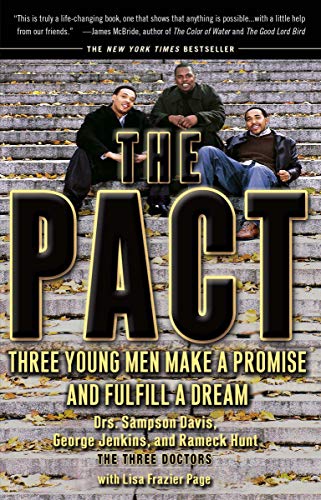 The students began reading and reviewing "The Pact, Three Young Men Make A Promise and Fulfill A Dream" New York Times Bestseller, written by Dr Sampson Davis, Dr George Jenkins, The Three Doctors and Tameck Hunt with Lisa Frazier Page. After which they had to complete an essay about the book.

The School of Medicine students received shadow schedules this week. This opportunity gave the students a chance to follow alongside doctors throughout their work day. This week they shadowed a doctor in the Genetic Diagnostic Laboratory at UPenn. Where they primarily learned about DeoxyriboNucleic Acid (DNA) and the structure of cells.

This week students also focused on college bound activities including how to fill out financial aid forms, and how to find scholarship and grant information.

Student doctors along with Law School Students went to Washington DC. While there they visited The Washington Monument, Martin Luther King, Jr Memorial and The Senate House.

In Washington DC it was an honor for the students to tour the United States Holocaust Memorial Museum. They learned a valuable lesson about genocide and the importance of equality for all during this entire experience.

The SMP set out to visually enhance their minds and touch their hearts to the history of the world. Educating these students so that we never have to repeat these tragic historical events.

During the third week there was a great deal of structured exercises promoting team work and comradery among the students. There were many workshops dealing with economic issues, poverty, relationships, health, sex education (parental permission permitted), cultural diversity, religion, ethics and racial issues. Lessons to enrich minds in order to assist students to learn co-habitating skills and have tolerance towards one another.

The dress code is set by the specific day’s activity. So each student had to be on target and responsible. Trip days and other field trip or outings vs. shadowing days would determine what they wore and where on the UPenn campus they'd meet. Therefore, the goal of teaching responsibility and listening skills was of great importance.

The fourth week students prepared for their upcoming awards ceremony. They were also engaged in more team work and social activities this week.

On this week's field trip student doctors went to New York City. Once there they visited Ground Zero Memorial and participated with Bodies The Exhibition, Bodies New York, Dialog in the Dark.

There were other outings which included students as individual groups going out to the movies, bowling, and dinners.

The awards ceremony was presented by all the students and focused on each of their specified programs. They demonstrated what they'd learned through on stage skits, oral and projector presentations, video presentation and in song. The evening progressed with certificate of completion awards, souvenirs, a year book for each student and of course their well deserved stipend check.

Before the end of the evening the Associate Vice Provost, William Gibson gave a moving motivational speech. He focused on goal setting and working towards those goals. He cleverly used the Global Positioning Satellite (GPS) as a metaphor. He focused on the idea that setting and reaching goals, following the path no matter what obstacles are presented. As with the GPS, if a direction is missed or skipped the satellite system does not make you go back to your starting point. It recalibrates the directions and starts you from where you left off. As so with our lives we may come across that missed or skipped direction but instead of abandoning or completely starting over all that's needed is an adjustment in your path. Wise words from a wise man.

Overall, the students gained knowledge that may help them develop their own future goals and paths. They also felt a great sense of accomplishment in completing the program. The friendships they'd made will last a lifetime.