From the American Revolution to WWII

Minorities like groups of the Eastern Woodlands Native Americans that are my ancestors have served in the English, Canadian, and American military forces since the French and Indian Wars and the Battle of Fort Pitt. African Americans have served with the United States at least since the American Revolution and need to be recognized as having done so.

It is indefensible for American leaders and the population at large to have been uneducated about the important contributions of minority groups to the United States in wartime since the beginning of the New Nation.

The first African American USMC recruit to arrive at Montford Point/Camp Johnson was Mr. Howard P. Perry on August 26, 1942. The first black women permitted to enlist in the USMC did so in 1949.

The Thirteen Colonies' revolution against England brought forth the formation of the United States Marine Corps in 1775 to become a part of a long military history that included fighting along with allies at various times among the French, the Spanish and Mexicans, Germans, Native Americans, Native American Code Talkers of several tribes, Chinese individuals, Japanese US Citizens, former black slaves, and African Americans.

Captain Frederick Clinton Branch (May 31, 1922 – April 10, 2005) was the first African-American officer promoted in the United States Marine Corps (to Lieutenant), serving in WWII, the Korean Conflict, and the Reserves.

Many African Americans served in WWII, winning medals that have not been awarded as of the end of the 20th century.

Few people have not heard of the Tuskegee Airmen and their record of never having a lost a single Flying Fortress or any other plane they escorted during the first year of their service. However, the USMC may have been the last hold out against racial integration among the military branches. What happened?

Well before EEOC and the Civil Rights Movement, this 1941 order put into motion a fair employment practice law or regulation against discrimination in the United States Armed Forces. That included all the forces: Army, Army Air Corps/US Air Force, Navy, Merchant Marine, Coast Guard, and USMC.

A special board of research under FDR studied full racial integration among servicemen in the Composite Defense Battalion.

In 1942, FDR proclaimed that African Americans could serve in the USMC.

These newly eligible men signed up from all over the USA. However, when they reported for duty, they did not report to the usual San Diego or Parris Island boot camps. The were segregated and sent to Montford Point at Camp Lejeune, North Carolina from 1942 through 1949. 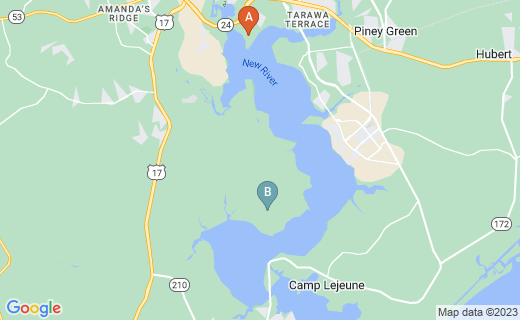 Montford Point Marines Were a Success

The Montford Point Marines Association and a number of historians feel that the USMC had originally planned to train and hold 20,000 African American marines until after the war and release them without combat service or any service outside Camp Lejeune.This was racially and politically motivated.

So many troops were lost in WWII, that the Montford Point servicemen were sent on to the battlefronts, where they proved as effective as any other Marines.

In the spring of 1974, the trainee camp received a new name: Camp Johnson. This name honors one of the first recruits at Montford Point, the legendary Major Gilbert H. "Hashmark" Johnson, who was among the first group of black drill instructors in USMC history. After WWII, he also fought in the Korean War.

The Camp Johnson group served not only at Montford Point, but also in Allen Island, Guam, Iwo Jima, Maui, Nagasaki (cleaning up the ash from the bomb), New Caledonia, Oahu, Okinawa, Saipan, and Sesebo.

Jumping ahead to 1965. the Montford Point Marine Association began holding National Reunions to gather together the living among the first 20,000 recruits. Quite successful, the association is now enjoyed in state branches in over 70% of the USA.

Segregation on an American Submarine

Back in the early 2000s, a security guard who worked for me related the story of how he served in a submarine during World War II. The only African American on board the vessel, he was treated equally and made many friend on board; but at night, he had to sleep alone in the boiler room. This was no adequate place for anyone to live.

I have never forgotten these stories and how African Americans overcame discrimination and served wit honors in all branches of the United States military, including not only men, but also women in the nursing corps.

While most of the original USMC recruits at Montford Point are deceased, the remaining number were honored in October 2011.

The survivors were in their late 80s and older and were barely 18 when they signed up to become a US Marine.

Some shed tears when they recalled coming back to the USA from fighting - and cleaning up - in Japan and the South Pacific, then facing forced use of the "colored entrance" or sitting like Rosa Parks at the back of a bus.

Vietnam Veterans overall felt disrespected and unappreciated when they returned home, but the Montford Pointers must have felt worse. Living conditions at their portion of Camp Lejeune were much less than optimal.

The Tuskegee Airmen have movies like "Tuskegee Airmen" and "Red Tail" documenting their accomplishments, but the Camp Johnson group had no recognition. However, the US Congress considered awarding them the Congressional Gold Medal in 2011.

Regardless of the medal, USMC Commandant General James Amos has declared mandatory training for all Marines of all ranks on the subject and history of the Montford Point Marines from here forward. They will no longer be forgotten.

As of 2019, the USMC has never had an African American four star general.