Vladimir Ilyitch Lenin was an extremely intelligent and well-informed man who was searching for an explanation of the human existence. His introduction to Marxism can be traced back to sometime in 1889 as a young man still living in Kazan and for the first time he viewed a copy of

Marx’s Capital that would answer many of the questions his very intelligent mind had been searching for. Lenin took the ideas of Marx and freed it of its liberal and democratic base. Lenin was able to use anything and everything to achieve his radical and revolutionary goals.

Lenin had many forerunners who would mold his views including the radical nineteenth-century philosopher, and Lenin’s favorite author, Nikolai Chernyshevsky, who was arrested for seditious activity in 1862 and spent twenty years in prison. Lenin even commented that the words of Chernyshevsky “ploughed him over” before he had even read a word from Marx’s pen. However, possibly the most formative of Lenin’s experiences were the death of his brother and the treatment of Lenin and his family by the Russian government. Lenin’s brother, Alexander, was arrested for his part in a conspiracy against the tsar and was sentenced to death by hanging. Ironically, Alexander, clung to his faith and bowed before the cross leaving his mother with the assurance that her son would receive God’s forgiveness. Still shocked by his brother’s death, Lenin learned that his brother’s actions were part of the Narodnaya Volya (Peoples Will) terrorist faction, but he was actually less concerned with his brother’s ideas but with the stoicism and strength the group showed. This would plant the seed that nothing could be achieved on the way to revolution without radicalism. The idea of individual actions would be unimportant; the main thing was to command huge, unwitting masses. To him this was more effective than that of the individual actions, such as the actions of his brother. He would reinforce his views on Marxism with anything that made his teachings uncompromising, harsh and radical. Lenin summed up his stance by stating, “Revolution is a tough business. You can’t make it wearing white gloves and with clean hands… The Party is not a ladies’ school.” 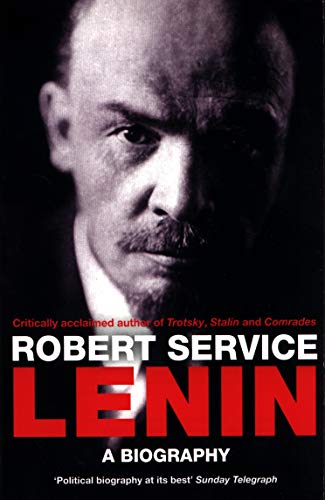 Despite the fact that the Leninist system ultimately would be doomed to defeat, his system was extremely viable. It can be explained by the Parties monopoly on power and its social inertia, but many of the most attractive features of Leninist ‘socialism’ were; elementary social security, free education, medicine, holiday pay, full employment, and guaranteed minimum wage. However, all this would be at the expense and the exploitation of the workers and the countries resources. In the end, the system could not survive or maintain itself due to the violence or the threat of violence that it fostered.

The idea that Lenin has gained respect outside of the Soviet Union can certainly be debated. Lenin’s steadfastness and unwavering principles certainly are to be respected, as is his ability to speak with power and conviction. He was a master of intimidation and used it until the end. However, Lenin most certainly was a hard man who was prepared to forego patriotism, national honor and even common humanity to achieve his goals. Lenin’s ideas for creating a just and equal Communist society were delusional but in his mind had certain logic. The revolution to him was just the beginning, his goal was to absorb the entire world and create a Communist utopia. Two months after Lenin’s death, correspondent Lev Kamanev declared that the future happiness would be secured “by carrying out Lenin’s revolutionary proletarian commandments precisely and vigorously. Only by taking the path of Leninism will we live until the moment when we can go to Lenin’s Mausoleum on Red Square and take the glad tidings that Leninism, and hence proletarian Communism, has conquered the world.”

The defeat of Leninism was programmed by history. The final death throes of Leninism would be due to a change in the international climate. Leninism could only exist through the crosshairs of a gun and only by achieving military superiority. With foreign policy changing and the slow acceptance of trust with the Soviet Union, Lenin’s culture would quickly erode. In the end, it appears that only Lenin himself could save Leninism from extinction. But the story of Lenin, his ideas and principles, lay as a mummy on display in Red Square. Alexander the Great once read an inscription on the grave of a fallen king: “Deny me not the handful of earth that covers my body.” By making Lenin into an earthly god, the Soviets not only denied him his handful of earth but now only pay homage to a mummy and his failed cause.