Horror of the WWII

The most horrible blockade in the history of the city lasted 871 days.

On the 08th of September 1941 fascist troops surrounded the city and cut all ways connecting Leningrad with the USSR.

The population of the city was 2 million 544 thousand people including 400 thousand children.

In September when the systematic bombing started lots of people tried to leave the city but could not. The inhabitants of the Leningrad started to prepare for a blockade. Within several hours people withdraw all money from the banks to buy food. Huge queues appeared near every food shop. People did not believe much that the city will be totally cut from supplies but just in case wanted to buy food in advance. They bought sugar, flour, soap, salt.

In the evening of September the 8th, German air forces made a huge bombing of Leningrad. The city warehouses burnt. The rumors spread all over the city that “strategic stocks of food” were burnt. Later, an investigation has shown that there was not much food stored there. The city distributed delivered food at once, even without storing it. According to records burnt warehouse had “pickled tomatoes, pickled plums, apple peels, soap, sugar, biscuits, candies, acorns”. Actually the food stored there was enough just for two days of blockade.

An inventory of all food stuff was made at the beginning of siege. They had: grain and flower – for 35 days, noodles – for 30 days, meat for 33 days, fat for 45 days, sugar and sweets for 60 days. To use this food for a longer time it was decided to add soya and grits, meal and bran to bread.

From the first days the ration cards were implemented. All canteens and restaurants were closed. Study at schools was terminated.

As soon as people understood that the city is in blockade the mood of the inhabitants fall down. To know what the people think military censorship opened all letters. Some, with anti-soviet ideas were eliminated.

People wrote: “Life in Leningrad is getting worse every day. People are swollen because of hunger. We use wallpaper paste to make a soup, but you won't buy it anywhere.” “I witnessed the horse which fall down on the street because of hunger. People came with knives and cut it in pieces at once. This is horrible. People looked like slaughterers”.

From the October workers and engineers ration is 400 grams of bread per day. To find at least something the authorities took 8000 tons of malt from a brewery, grind it into a flour and gave people. On the millings houses people torn away the floor planks and collected flour which sipped there.

The Road of Life and Death

The only way to supply the city with food was Ladoga lake. The food was delivered by barges over the lake and it was named “The Road of Life”. Each time the barge crossed the lake it was a heroic event. They were constantly shot by fascist artillery and air forces but managed to deliver to the city around 25000 tons of food stuff. In autumn the storm made navigation impossible and only the frost made an ice thick enough for lorries.

Each lorry carried food and other supplies. Every day some of them drowned because the ice could not bear such a load. 40 lorries drowned there and many drivers died. German commanders understood all the importance on the ice road and made all possible to cut supply of the city.

The German pilots constantly bombed the tracks. To cover them army installed artillery on the ice and used our aviation.

The drivers were simple people and often were as hungry as the people in Leningrad. They often stole some food from their cargo. If it was found there were shot on the spot.

From the 13th of November 1941 the ration was decreased to 250 gramms per person per day of bread for workers and 125 grams of bread for others. A real hunger came to Leningrad. For inhabitants of the city this became a catastrophe. Most of them did not use to make any food storage and they had nothing but this piece of bread mixed with meal and bran. A number of robberies and kills raised. People ate everything. They ate all pets. They tore the wallpapers and cleaned them of glue made of flour. To survive people were catching ravens, cats, dogs. They also ate anything they could find in their home medical kits.

These letters were censored and kept in the archive of KGB: “Our favourite Leningrad became the place of dead people and garbage. Trains stopped, there is no electricity, no fuel, toilets do not operate because the pipes are frozen. We are hungry”. “People turned into a gang of hungry animals. When you walk along the street, you see people which walk like drunk, fall down and die. We used to it because they died today and we will die tomorrow”. “Leningrad became a big mortuary. The streets turned into the avenues of corps. Every basement of every house turned into a warehouse of dead bodies”. Money was worth nothing. Nothing had any value. Treasures, paintings, antique items were just rubbish.

Huge queues stood near stores with bread. Sometimes people fought if they had enough strength. Some people managed to grab a coupon for bread or a piece of bread from a dying person, but most of them honestly worked and died on the streets.

In the end of November the temperature went below –40 C and water pipes were frozen. Now they could take water only from Neva river. Soon fuel ended and electric powerstation stopped. People started to build stoves in their apartments. They burned furniture, books, parquet, to warm the apartment but soon it also ended. In December 1941 the city was covered with snow which reached the first floor and the first cases of cannibalism were registered. In February 1942, 612 people were arrested for cannibalism. The cannibals were sentenced to death with confiscation of their belongings.

The fight of the city

Nevertheless the city was still alive and was fighting for survival. The plants in Leningrad were producing weapons and armour. The Kirov plant was producing tanks. Women and children were working in shifts 24 hours a day.

Barricades were erected all over the city to stop fascists if they manage to enter the city. Numerous bunkers were built. Theatres were making new productions (!!!!), and museums were opened.

In winter 1942 it was decided to create a symphonic orchestra in Leningrad. They looked for musicians all over the city. The biggest problem was with winds. People simply had no strength to play music. It was decided to play the “07th Symphony” by Shostakovich. Later this symphony will be named “The Leningrad symphony”. The premiere took place on the 09th of August 1942. The concert hall was full. To make this concert possible artillery was shooting german positions all day long and none of their airplane could approach the city in this evening. 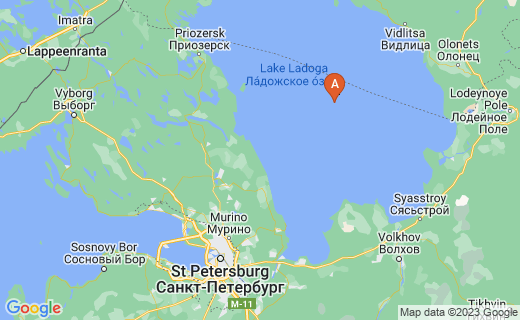 As soon as the ice came the government started to evacuate people from Leningrad. First of children, women, wounded people left Leningrad. But still people were dying. In January 1942 96751 people died. In the Nuremberg process in 1945 a letter of a child was presented. “The 28 th of December 1941 Zhenya died. Granny died on the 25 th of January 1942. On the 17 th of March Leka died. Uncle Vasya died on the 13 th of April. Uncle Lesha died on the 10 th of May, mum died on the 15 th of May. Savichev family died. All of them.” It was written by a girl Tanya. When doctors found her she was unconscious. She was evacuated but died in two years on the 01st of June 1944.

Another disaster came to the city – army of hungry rats. People tried to catch them, to poison them, but later it was left like it is because people also ate rats and could be poisoned. Children and old people who were not able to defend themselves were rats victims. Later specialists managed to fight them. Some rats were infected by a rat fever and allowed to escape.

At the end of April 1941 the tram renewed transportation. It was a return to life. In summer and autumn 1942 the city was slowly returning to life with the help of “The road of Life”. On the 02ndof December 1942 the blockade was broken by the Soviet Army.

All in all 1 million 200 hundred thousand people died in Leningrad. One out of four died after they were evacuated.

Was it worth to defend this city? Later, in the years of perestroika such an idea was popular that the city had to be declared an opened city and thus people would avoid the blockade. But it was not possible. German army paid a great attention to the occupation of Leningrad. If it happened they would get an access to the Baltic Sea and to harbors in Murmansk and Arkhangelsk.

Leningrad was a second capital of the USSR and if occupied it would break the spirit of fight in the hearts of people. Hitler would get a direct access to Moscow from the north. Moreover Hitler gave an order to erase Leningrad from the maps. He demanded to eliminate the city and all people there. If to compare with Europe - Paris lived almost a life it had before but in the USSR the war was till total elimination.

Could the Soviet authorities forecast such losses in Leningrad? Yes they could but they did not do enough measures in summer 1941. The city had to be evacuated before blockade but not during the blockade.

Those who were born after the war mostly cannot understand many of things which happened during the WW2. We can only listen to the stories of those who survived and try to feel what they felt and keep that in memory. Those who lived through the blockade were simple people which managed to stay alive and to be human. But they leave us and their history is in the past. It depends on us to keep the evidence of those days and memories of those people.