Sunspots, up close and personal.

The Kelvin thermal unit is often used by astronomers and physicist. It's based on the theory that 0k, absolute zero, is the coldest possible temperature - the point at which molecular energy (which causes heat) is at a minimum. This point of absolute zero corresponds to -273.15C and -459.67F.

WHAT IS A SUNSPOT?

A sunspot is a dark spot on the Sun, but you probably already knew that. What you might not have known is what causes sunspots and why sunspots are dark.

Sunspots exist on the surface, or photosphere, of the sun. They appear darker because they are 1,800 to 1,300 degrees Kelvin cooler than the surrounding surface of the sun. This relative drop in temperature is caused by an intense magnetic field around the spot that inhibits convection.

Sunspots can range in size from 932 to 50,000 miles in diameter, and move across the Sun's photosphere.

Stars, like our Sun, rotate faster at their equator than at their poles. This is because stars are comprised of gas, and not solid rock like Earth. It is thought that sunspots are caused by this differential rotation. The theory is that when the magnetic lines, or "flux tubes", get twisted up and fold back in on themselves, the magnetic lines inhibit convection resulting in a space inside the loop that is relatively cool and thus a sunspot is born.

The magnetic fields that form the boundary of sunspots also produce solar flares and Coronal Mass Ejections (CMEs). These flares and CMEs are responsible for solar wind, which causes havoc for satellites especially, and electronics in general. They also create beautiful auroras (borealis, or "northern lights" and australis, or "southern lights").

An individual sunspot typically lasts for only one to two weeks (maybe as long as months), but the number of sunspots at any given time can range from little or none to over 200. This maximum number rises and falls within an 11-year period, known as the sunspot cycle.

Sunspots are not unique to our Sun, but they are called Starspots when they are observed on other stars.

The formation of sunspots

ANATOMY OF A SUNSPOT

A sunspot is comprised of two general parts: the Umbra, and the Penumbra.

UMBRA: The cool, dark inner region of a sunspot is called the "Umbra". The Umbra can be as large as 12,000 miles wide and is the source of intense magnetic fields.

PENUMBRA: Just outside the Umbra lies the Penumbra. This region of the sunspot is lighter compared to the dark Umbra, but still much darker than the surrounding surface of the Sun. The Penumbra is ring-shaped. Some sunspots are lacking a Penumbra, and these sunspots are called "Pores."

The Sun is a central character in the mythology of many ancient cultures. This is likely due to two inescapable facts about the sun:

The sun gives us warmth and provides vegetation (a much needed part of the food chain) with essential radiation to make it grow. It's also the biggest thing in the sky on a daily basis, so even the most dim-witted primitive man was sure to take notice eventually.

So, it's no surprise that there are myths and legends from around the globe that focus on the Sun. For instance, it was thought by ancient Greeks that the sun was the chariot of the god Helios being driven across the sky by four fire-breathing horses. For the Incans and Mayans of ancient Peru, the Sun was a god that led them to record his journey through the sky throughout the year and create detailed calendars.

Interestingly, while there is no evidence that the Greeks, Incans or Mayans were aware of sunspots, the Aztec creation myth does include a Sun god with a pock marked face. This is in striking contrast to beliefs influenced by ancient Greek myths of the Sun, in which the Sun is seen as a perfect heavenly sphere, and it suggests that the Aztecs had seen dark spots on the Sun.

So who was the first to discover sunspots? No one know for sure, but as early as 28 B.C. ancient Chinese astronomers had recorded observations of small, dark patches on the Sun that appeared to change size and position. 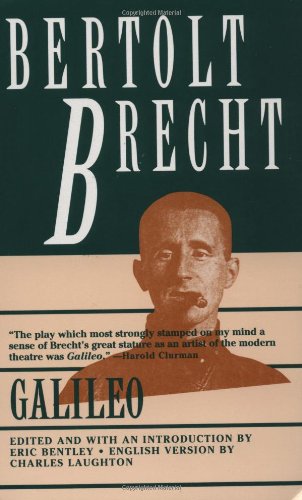 It wasn't until Galileo Galilei (1564-1642) turned his telescope toward the sun that sunspots were acknowledged in Europe. This is due to the fact that most European scholars up to that point had been heavily influenced by Aristotle who held that the heavenly sphere were perfect and any perceived blemish must be a trick of the eyes. Actually, Galilei seems to share the credit for discovering sunspots because in 1611, there were no less than four men in various parts of Europe to have claimed to observe sunspots. They are: Christopher Scheiner of Germany, Johann Goldsmid of Holland, Thomas Herriot of England, and of course our pal Galileo Galilei of Italy.

Each of these men used telescopes and made drawings of the spots by hand as they traversed the Sun's photosphere. Though they had all seen the same phenomenon, they did not agree upon how to interpret their observations. For instance, Galileo was sure that the sunspots were part of the Sun itself, but others believed the Catholic Church's doctrine that the heavens were perfect, and hence each sphere was without blemish. To admit otherwise would have been blasphemy. Scheiner was a believer in the Church's doctrine and so argued that the spots must have been planets or moons orbiting the sun. Meanwhile, Galileo was convinced that sunspots were merely another part of the Sun, much like clouds are of Earth.

Owing to his reservations of the official Church doctrine on such matters, Galileo was able to make an important breakthrough. He observed that the shape of the sunspots would become foreshortened, or stretched, as they neared the edge of the Sun. He reasoned that this would only happen if sunspots were on the surface of the Sun, and not in orbit as planets and moons would have been. He still had no clue what sunspots were, or what caused them but he was convinced that they were on the surface or in the atmosphere, like clouds.

Galileo contributed much to the understanding of sunspots in his day, but it came at a terrible cost.

Or did it? Most people have heard one should never stare directly at the Sun with naked eyes, and especially not with a telescope or binoculars. Most have also heard that Galileo went blind staring at the Sun while studying sunspots. But this may actually be a myth, perpetuated through the ages by misguided beliefs. Here's a site you can read for the details on the "urban legend" of Galileo's blindness and the Sun. The author is a bit harsh in his treatment of scientists, calling them "misinformed rumor-mongers" and such, but it is a well sourced article and worth consideration.

Personally, I think it's an interesting historical controversy, but in the context of safely viewing the sun it amounts to a distinction of little difference. I think the main reason the Myth has been perpetuated even by the science community is because staring at the Sun with the naked eye, and especially with the aid of telescopes and binoculars is indeed VERY DANGEROUS to the vision. Whether Galileo went blind from observing the Sun, or not it does not change the fact that people can and have gone blind from staring at the Sun.

For more information on what to do as well as what not to do when looking at the sub, check out Sun - The dangers and how to look safely.

So if Galileo and early astronomers did not go blind from the looking at the Sun, how did they do it? One method, still used by amateurs today, is projection. By using binoculars or a telescope, they were able to project the light that would ordinarily go into the observer's eye onto a piece of paper instead. This method has no risk to the eye. See Safe Sun watching for more details.

Of course, modern day astronomers use digital camera and computer imaging for observation.

Sunspots and Weather on Earth...