What To Do When the World Doesn't End

R.E.M. It's the End of the World Official Video

I first got interested in the end of the world when I was about 8 years old, back in the early 1980s. At the time, my mother belonged to a craft group that sent out monthly newsletters on knitting and crocheting, sort of a precursor of Pinterest and the Internet. One month, though, it was either September or October, she got her usual newsletter but with some unusual news in it. Apparently, the group writing the newsletter had learned that the world would be ending – I believe it was on the 23rd or the 24th – and it would be around 4:30 in the afternoon. Because of that, the newsletter wouldn’t be sent out again as they wanted to spend their final days with their family. No more newsletters ever appeared, but, to the best of my memory, the world didn’t end that afternoon.

It became a hotly debated topic in my house. Did the newsletter writer truly believe it was the end of days? Or had she just gotten sick of the responsibility of producing the newsletter and this was her way of calling it quits?

Many Christians believed that turning over to a new millennium would mean that Christ would return to the Earth for the second coming, triggering the end of the world. This may be the first recorded “end of the world” prediction, although there may be dates before this. Of course, when the world didn’t end, the church determined that they hadn’t calculated in Christ’s age, and so the world would end in 1033. (That didn’t pan out either.)

On February 1st, astrologers in London determined that the alignment of the planets was forming the constellation Pisces. It was a fish, so it seemed only logical that there would be a great flood, like that in the Bible, and the world would be wiped clean. Some people actually built arks, while others moved to higher ground.

Shakers in New England saw an unusually black sky on May 19 as being a sign that the world was ending. It turns out that the coloring in the sky was probably because of forest fires and fog, but for the religious group, it was a sign of something far darker. While they survived this potential end of the world, it did prompt them to spread their religion.

Seriously. In Leeds, England, a hen began laying eggs that said that “Christ is coming.” It turned out to be a hoax, perpetrated by someone who had written on the eggs with corrosive ink and then put into the hens for them to then later lay.

Comets were often considered the harbingers of the end of times. But in 1910, an astronomer erroneously stated that the tail of the comet will have a poisonous gas in it, and that would kill everyone on Earth. Of course, there was a bit of a panic, and people began buying “comet pills” and “anti-comet umbrellas” to save themselves.

Albert Porta, a seismologist and meteorologist, noted that on the 17th of December, there would be a rare alignment of six planets which would create such a massive magnetic current that it would pierce the sun and the flaming gasses would reach the Earth, killing everyone. Of course, everyone believed it, and there was a massive freak-out. When it turned out he was wrong, his new job became writing the newspaper weather report.

Herbert W. Armstrong, who started the Worldwide Church of God, predicted not one but four end of the world dates. He began predicting the end in 1936; when that failed to pan out, it became 1943. Another failure, so he moved it to 1972. Still not good, so he made it 1975. There’s no word on if there are any other predictions being made.

The Jupiter Effect: The Planets as Triggers of Devastating Earthquakes
Buy Now

On March 10, Syzygy was achieved! It doesn’t happen often, and it’s a great Scrabble term. But it also seems to have caused a fear of the end of the world. Syzygy occurs when all nine planets (Pluto was still a planet then) are aligned on the same side of the sun at 98 degrees. The belief was that the Earth’s rotation would somehow reverse itself or perhaps solar flares would burst from the sun. Either way, the end of the world should have happened, people thought. Instead, there was only a higher tide than usual.

People were convinced that 1900 would be the end of the world, and doomsday cults formed, but more people were afraid in 2000 because, other than the end of an era, there was also the fear of what the computers would do. Because computer programming languages were unwieldy originally, programmers simply used two numbers for the year – the last two. On all the old systems, the roll-over to 2000 would change those years, and there was a danger that the computer systems would get confused and think of 1978 as 2078 or 2000 as 1900. It could have caused missiles to fire off, banks to destroy accounts, or a massive blackout. Except that everyone had been working for years to fix those systems, and, in fact, the famous Y2K bug was nothing much, and everyone survived it just fine.

The Mayan Calendar ended on the Winter Solstice of 2012, December 21. Because the calendar ended, so the logic went, so would the world. Admittedly, the calendar ended for a reason – technically, on this day, the Earth would be in perfect alignment with the sun and in the exact middle of the Milky Way. This alignment only occurs every 25,800 years. Like the other alignments, this one also proved a bust. No magnetic waves destroyed the world and the sun did not explode into solar flares.

The newest, best, and brightest end of the world is quite a bit in the future. In the year 4,500,000,000, the sun may reach the end of its life and turn into a red giant star. The resulting star will potentially consume a number of planets, including Mercury, Venus, Earth, and even Mars.

Many of the end of the world theories have caused far more destruction and death than the actual ends. For example, in the cases listed above, many people committed suicide or sold off their belongings and got rid of their money, hoping to be saved in some way. One of the most infamous tragic ends occurred in 1997 when the Heaven’s Gate Cult committed suicide. They had believed that the Hale-Bopp Comet was a sign that they should “shed their earthly bodies and join a spacecraft traveling behind the comet.” While this was not necessarily a true “end of the world” scenario, it was another example of the power that comets supposedly held over people and their beliefs. 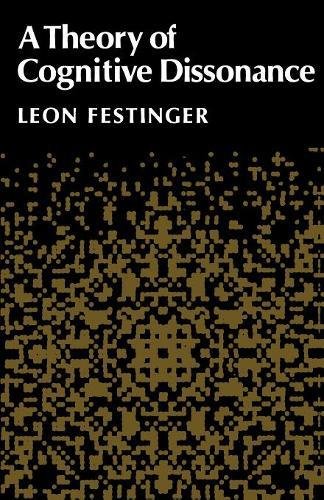 In 1957, Leon Festinger developed the theory of cognitive dissonance. A cognition is defined as “a piece of knowledge.” Cognitive dissonance occurs when two cognitions are in opposition of each other. For example, when someone believes the world will end, they have a cognition (belief/piece of knowledge) that the world will end. However, then the world does not end. This causes cognitive dissonance because then the person experiences another piece of knowledge – the world is still continuing on. As was noted in some of the previous doomsday predictions, to fix the dissonance, the dates would be changed or the predictor would come up with an excuse. Some common excuses were that God changed His mind or that the calculations were incorrect. This allowed people to believe that they were right; the world was supposed to end then; however, they can go ahead and believe that the world is still continuing on because of this error. This is one of the ways that people can deal with the “unpleasant” truth that the world isn’t gone. Yet.