What is the World Code: Masonic Secret or Harmless HTML

GA Anderson is a freelance writer for private and commercial publishing platforms.

"What is the World Code?" is a very ambiguous question. Could it be a question about a secret Masonic conspiracy? Or that famous snippet of computer code that displays the words - "Hello World"? Or could it be one of those gaming cheat codes like in Mario Kart World, or the Aq World Code For Valencia? Is it the Illuminati or New World Order?. Or is just a universal API platform for developing the new "Cloud" software?

Really, What is the World Code?

As with most overly broad questions, one only has to look beyond the smoke, peer through the fog, and ignore the obvious - to see that the answer isn't complicated at all.

It's never spoken of out loud, and even when it is mentioned, it's in hushed whispers, with furtive glances making sure no one else is within hearing. And if you do hear someone discussing it, you can be sure they don't really know what it is - or else they wouldn't be talking about it.

The REAL World Code provides an access key to a very very private electronic network. A network that connects all the world's financial data. Every single transaction in every single market. And it is said that only seven people in the world have the true World Code.

IMP-subnet, (International Monetary Policy Network), was the brainchild of John Connally Jr., President Nixon's Treasury Secretary in 1973, and the genesis for what is now, (rumored to be), called FIN-NET, the international electronic network that connects all the financial networks of the world, and the seven key-holders of the World Code.

The seven most economically influential men in the world.

In 1970, (well before the current Internet was born), the first remote computer network was just 5 Universities connected via telephone lines and 300 baud modems. These Universities were doing advanced research for the government, and it was in their quest of an efficient way for researchers to share information that the concept of a system to allow their computers to network was conceived.

Primarily funded by government research grants, the technology for computer to computer communications was developed and the Advanced Research Project Agency Network, (Arpanet), was born. It allowed researchers from remote sites to be linked as if they were in the same room. Just like the Internet does today.

As with most new technologies, it wasn't long before the Defense Department wanted the same capabilities, so a second wired network came into being - Darpanet, (Defense Advanced Research Project Agency). It was a clone of Arpanet, but for Defense Dept. use.

The new technology of networked computers revolutionized how they could be used and the potential power of instantly shared information. It was like discovering a new universe; everybody wanted to be involved.

It was the combined computing power, and instant data availability demonstrated by Arpanet and Darpanet that brought this new capability to the attention of then-Treasury Secretary John Connally. He saw the future.

In 1973 Connally approached newly elected Fed Chairman George W. Mitchell, with the idea of a special remote-site network for both the primary U.S. financial markets and the different Fed Regional offices. Mitchell liked the idea, and the IMP-subnet, (International Monetary Policy), was created.

It was called a sub-net because it used the in-place structures of both Arpanet and Darpanet to function. This allowed it to remain completely under the surface of government actions, and more importantly - out of public view. And scrutiny.

IMP-net became functional in February 1974, and the entire U.S. financial system was now just a computer command away from instant data acquisition, evaluation, and control.

Solid facts about FIN-net are elusive, there is no "paper trail" to even prove it exists, and most of what is known about it is second, or even third-hand hearsay. And the rumors of course.

The closest thing to real proof that there is a FIN-net, are a series of work-orders, equipment purchase-orders, and programmers progress reports that were part of a batch of internal IBM documents discovered by Washington Post reporter Bob Woodward in 1981.

According to those records, a group of "facilitators," tasked by the attending members of the 1980 G-8 summit, were responsible for creating a sub-sub-network that would use IMP-net's electronic financial connections to pull the same data the Fed was receiving and network it to the computer terminals of the G-8 members. Except that this new electronic network, dubbed FIN-Net, due to its connections to the Finance Ministers that initiated it, was not confined to the U.S. financial markets, it was linked worldwide; to every major financial market.

Another exception was that FIN-Net was not a government network, it was a completely private concern and a completely "black" operation. Officially it did not exist. 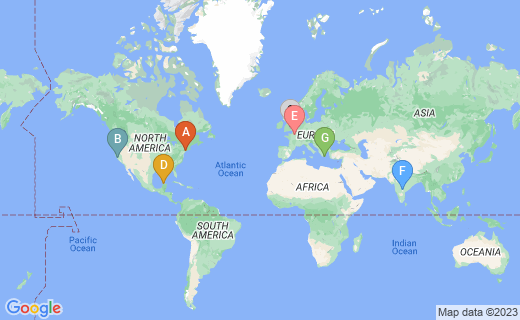 By 1983 the Internet was growing larger and more powerful than anyone anticipated. The financial markets were going completely electronic; electronic funds, electronic transactions, and not surprisingly, electronic manipulation.

Instantaneous electronic market transactions that dealt in volumes of trades in the millions of shares, and fractional profits, could make or lose billions of dollars with just a keystroke. The charter members of FIN-Net, with its multi-national links, and finance information, became so powerful that they could make or break a nation's currency with market transactions that were completely untraceable.

That was too much power for a public group of functionaries to have. Or at least that was the thinking of the forces behind FIN-Net's creation. In 1984, led by the CEO and largest shareholder of Mexico's public telephone company, Telecomm, and then world's richest man, Carlos 'Slim' Helu, FIN-Net left the hands of the world's Finance Ministers and was turned over to a shadow group of seven of the world's richest financiers.

These seven financiers have a disclosed combined wealth of $230 billion, but unofficial sources put their combined worth at over a 1.5 trillion dollars, and actual control over four trillion's worth of financial instruments.

A very rich club with a very sophisticated protection system.

Have you ever heard of the World Code

Do you believe FIN-Net exists?

That is What the World Code Provides Access to...

But the Actual World Code is...

That's what the World Code is, just a snippet of computerese;a super-secret algorithm that uses the data points of an electronic retinal scan to generate the remaining 8 digits of the password.

That's why all seven FIN-Net members have the same 16-digit access code; because it's incomplete and useless without the remaining 8 digits which are unique to each individual.

So all the mystery, paranoia, and conspiracy theories about a Masonic or Illuminati New World Order have nothing to do with the World Code. There may be such conspiracies and secret plans, but they are not what the World Code is.