Who is Nick Vujicic?

Really, does his name sounds familiar to you? Have you met him in person? Did he tell you how to live without arms or legs? Did you consider him normal and lucky? Well, it’s up to your perception. But Nick Vujivic personally preaches that “he’s a man without limbs”, yet his life is “without limits.” He is the living proof so that the works of God may be revealed in his life.

Nick Vujicic was born on December 4, 1982, the first baby of a Serbian couple in Melbourne, Australia. His father who is a pastor can’t believe what happened like his mother who cannot accept the physical outcome of her firstborn child.

The doctors have no answers of the defects of the baby who was born without limbs, but later called the deformities Tetra-amelia. The whole church was shocked about his existence. Praising God was far from their lips. They questioned why the God of love will let it happened. Even his father thought he will not survive, but tests proved that Nick was a healthy baby boy-just a few limbs missing.

And so, the adventure of a lifetime begins.

As early as ten years old, Nick Vujicic is planning a suicide attempt because he cannot endure the bullying he’s getting in school. Because of physical difference, his classmates and people in the community were concluding that he’s also mentally challenged.

Due to his mother’s insistence, Nick was accepted in the mainstream school in Australia and lives like an ordinary boy. His parents were his strong support during those years. Slowly, other students realized that the boy without limbs is just like them. One by one they became Nick’s friends.

Even so, he still felt depressed and angry about his life. Oftentimes, he asked God why He made him like this- a boy without limbs.

As Nick’s grow, he began to understand his existence. He started appreciating God’s plan for him. At age 15, he gave his life fully to Jesus Christ. He read John 9 from the Holy Bible where Jesus explained that the reason a man was born blind was “so that the works of God may be revealed in his life.” In other words, if it is God’s will, it will happen in his time.

Nick became more independent and can take care of his personal needs. He can even cook his own meal! He uses an electric wheelchair to carry him around his home in California. He likes swimming, soccer and fishing. Can you imagine that?!

At 23, Nick completed his Bachelor of Commerce degree with a double major in Accounting and Financial Planning. He also started to become the most sought motivational speaker in many churches around the world, starting from his continent, Australia. He travels internationally to speak to Christian congregations, schools and corporate meetings.

The rest is history in the making.

At 26, Nick hopes to grace The Oprah Winfrey Show in order to promote his goals in life. He busy writing books to help strengthen others. His first book, planned for completion by the end of 2009, is to be called No Arms, No Legs, No Worries!.

Prior to this, with the help of his family in Australia he launched his motivational DVD, Life's Greater Purpose, which is also available on the Life Without Limbs website. Most of the DVD was filmed in 2005, featuring a brief documentary about his home life, and how he does regular things without limbs. The second part of the DVD was filmed at his local church in Brisbane and was one of his first professional motivational speeches. His motivational speeches can be seen on the Premiere Speakers Bureau Website.

His corporate motivational company "Attitude is Altitude" launched his secular DVD "No Arms, No Legs, No Worries" which is available online.

An inspirational movie was created around Nick Vujicic called "The Butterfly Circus" it can be viewed at http://www.thedoorpost.com/hope/TheButterflyCircus/

My Personal Encounter with Nick Vujicic

I was on board a merchant vessel way back 2007 when I had the chance to have a copy of a special free magazine from Chinese-Christian Mission donated by the Seaman’s Center in Houston, Texas, USA.

Reading the magazine, CHALLENGER Vol. 45, OCT-DEC 2006 issue, awakened and renewed my faith in God when I read about Nick’s testimonies. I really cried for him and at the same time started my admiration for him because of his courage to do a grand task by spreading the Word of God around the world.

Why do we, normal people, keep on whining everyday about what we lack in material things? We have so much to give if only we follow Nick Vujicic’s example. 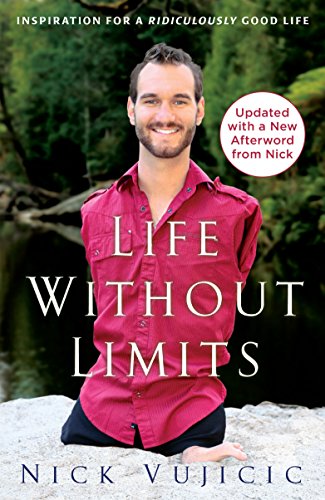 Travel_man's What You Want Store