Down through the ages Libraries and museums have existed to preserve and make available in one place the writings and art from our past. One of the major advantages humans have over other creatures on this earth is our ability to record and pass on the knowledge that we have learned.

While lower animals are forced to rely on instinct and knowledge gained from trial and error, they have no way to preserve and pass on that knowledge to future generations. Thus, each new generation is forced to start over from scratch which means that their species can never advance by themselves.

The History of the Ancient World: From the Earliest Accounts to the Fall of Rome
Buy Now

Recording Knowledge to Pass on to Our Descendants

Humans, on the other hand, are able to record and pass on their knowledge so that, instead of each human starting from scratch and having to learn everything from trial and error, they can study the record and absorb the knowledge of those who have gone before them and then expand their knowledge from there.

Language was our first tool and this allowed parents and others to transmit lessons from their memory to children who, in turn had to memorize this knowledge and, hopefully, add to it. Of course the preservation of this knowledge was limited to what people could remember and if the tribe was killed off by disease or other disaster their knowledge vanished with them.

The invention of writing allowed people to record their knowledge on media outside their minds, thus enabling it to survive even after the death of all in the tribe or culture. Of course, people wanting to learn this information had to travel far and wide to the locations where each recording was located. Also, while the material could outlive its human creators it could still be lost or accidentally / deliberately) destroyed. Even those items that survived, suffered a slow decay as age and the elements wore them down. 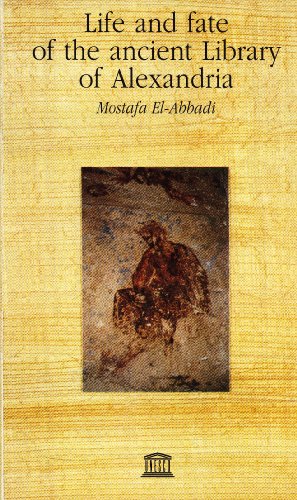 Life and Fate of the Ancient Library of Alexandria
Buy Now 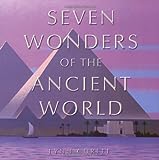 The Seven Wonders of the Ancient World
Buy Now

The Library at Alexandria, Egypt

Beginning in ancient times libraries and museums were created to make knowledge more assessable and to preserve books and other cultural artifacts. Rulers and other wealthy patrons began collecting and sometimes sharing their collections with scholars. One of the most famous libraries in the ancient world was the famous Library of Alexandria in the Egyptian port city of Alexandria.

The Library of Alexandria was sponsored by the Ptolemaic Rulers of Egypt and is thought to trace its roots to the time of the beginning of the rule of the Ptolemaic Dynasty in the third century BCand to have grown and endured until some time between the first and seventh centuries AD. The Library of Alexandria amassed a huge collection of books from all over the Mediterranean world. It also attracted scholars from all over the Mediterranean world and these scholars in residence added to the collection by writing more books. Among the fruits of the labor of these scholars at the Library of Alexandria was the development of the scientific method and other topics in science, math and philosophy that are still taught in schools today.

Great as it was, the library had two major shortcomings. The first being that scholars had to travel to Alexandria to have access to the books. Granted, by assembling such a huge collection in one place, the library saved scholars from having to travel to libraries all over the ancient world to access these books, so it was efficient in one sense. Its other shortcoming was the fact that it and its book collection were physical objects and thus were vulnerable to destructive physical forces especially war and it appears that the library's demise was due to the fact that the library was in the path of invading armies on more than one occasion.

Now, seven years after the opening of the new Library of Alexandria, we are witnessing the opening of a new, United Nations sponsored, library and museum, the World Digital Library, the access to which is as close to every person on Earth as the nearest computer with Internet access. Unlike other libraries, this library's entire collection consists of digitized copies of rare books, documents and artwork from all over the world. Not only is the library available to anyone via computer but everyone on earth is free to browse through these rare and fragile books and other materials without fear of ruining them. No matter what the effects of time, weather, war or other disasters befall the original books and other artifacts, the near exact digital copies will remain for current and future generations to view and use.

The current collection is relatively small but contains materials from all parts of the Earth, many of which are falling apart due to age with many being hundreds or even thousands of years old.

Simply browsing through the World Digital Library can be fascinating in itself but it can also be a handy research tool for Hubbers researching new Hubs.

One problem for Hubbers is copyright and reproduction rights.  Not only do copyright laws vary from nation to nation, but there is also the problem that even though some of the materials may have been produced centuries before any copyright laws existed, the libraries and museums that own the materials often hold rights that prevent people from freely copying and publishing the copies.
Copying, of course is generally not a problem so long as it is for one's own use but publishing it can be illegal.  Also, in addition to rights that libraries and museums may have, the donors and heirs of donors who originally gave the materials to the libraries or museums often have restrictions upon their reproduction.  A final complication is that many of the articles lack clear information on the rights pages that accompany them and, instead of stating who, if any person or organization, has rights and whether or not copies can be made and published or who to contact to get permission, they simply state that the item may be subject to copyright and it is up to the user to find this out.
I spent over an hour browsing through the collection before I found the pictures that I have included with this Hub which clearly stated that they were in the public domain and could be reproduced and published freely.
Other than the copyright problem, this is a great site which is not only expected to grow in the future but which, even now, is a great place to visit as well as an excellent educational and research tool.

While all of the above photos and posters are found in the respective geographic areas they represent, all of the originals reside in the U.S. Library of Congress.

I should point out that much of the material in the Library of Congress is either subject to copyright or its copyright status is unclear.  In the case of these photos, the accompanying copyright information clearly stated that they were in the public domain.  For many other articles the copyright owners are clearly stated and usually are accompanied by a comment at to who to contact for premission to reproduce them.  Unfortunately, the copyright information for many others is vague and essentially tell the viewer to use at their own risk.