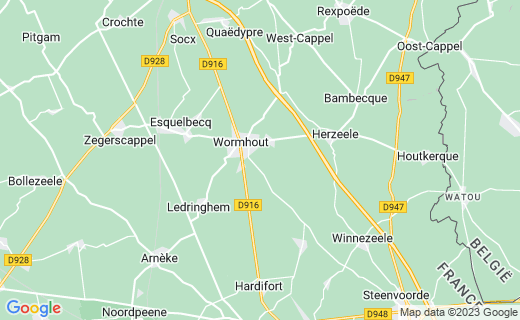 A BBC Docu-Drama Featuring Alf Toombs And The Massacre

The 28th May 1940, and on the Channel coast, Operation Dynamo, the now legendary evacuation of Allied troops from the beaches of Dunkirk was into its second day. The previous 24 hours had seen the safe return of 14,000 men, and a further 25,000 men would set foot once again on English soil in the next twenty four hours. Among the heroic flotilla of rescue vessels ferrying troops was a holiday resort paddle steamer, known as the Brighton Belle. However, her rescuing endeavours came to an end, when she collided with the wreckage of another ship, thus, she became the fourth ship to be confined to a watery grave that day.

Meanwhile, on the dwindling perimeter that precariously held back the German war machine, British troops actually scored a major victory, by managing to cut off the SS Commander Sepp Dietrich, from his men; consequently he was forced to spend much of the day hiding in a ditch.

However, the main focus of this piece took place seventeen miles from Dunkirk at the tiny French village of Wormhout. Forty five men of the Royal Warwickshire Regiment were stubbornly resisting the efforts of the SS Leibstandarte Regiment in its advance. Finally, with their ammunition all but gone, they surrendered. One of them, a Private Alfred Toombs, later recalled how, after the surrender, a soldier of his regiment, a Private Gould, who had been wounded in the fighting, was shot dead by one of the SS guards 'as he lay on the ground.' Another wounded man ' was shot as he lay on the road.' The remaining prisoners of war, disarmed, were taken to a field, where they were joined by forty other men captured that day, all but one of whom were wounded. They were then taken to a large barn, where the soldiers of SS then mounted guard.

'I could see,' Private Toombs recalled, 'that they had collar badges which resembled forked lightning.'

One of the guards called four men out of the barn and shot them. The senior ranking prisoner of war, a Captain Allen, left the barn at once out of protest. He too was shot. The prisoners of war were then ordered into the back of the barn. Two of the German guards then threw in grenades, whereupon other guards, at the front, side and rear of the barn, opened fire with machine guns. At that moment, Private Toombs managed to run out; others who did so with him were shot down. Toombs, and four others, survived. But forty five of their fellow prisoners of war had been killed.

The Symbol Of Death

The Man Who Gave The Kill Order

Later that day at Wormhout, a further thirty five British prisoners of war were murdered after they had been captured. The SS officer who ordered the Wormhout killings was Captain Wilhelm Mohnke. When asked for 'disposal instructions' about the prisoners, he had replied, according to the recollection of Carl Kummert, an SS corporal, that 'they were to be shot.'

Many of the SS soldiers who participated in the massacres at Wormhout had already seen action the previous September in the Polish campaign. They knew of the type of action which could be carried out behind a mask of secrecy, and with the approval of their superiors.

Despite testimonies of the likes of Carl Kummert and others, which only emerged after the war, Captain Mohnke never faced any kind of war crime trial. This was despite the fact that all of the post war testimonies agreed that it was Mohnke's 2nd Battalion that carried out the killings. Mohnke, for his part, whenever questioned, always strongly denied any accusations of war crimes. Going as far as to state that he didn't even order the takings of any prisoners, let alone their execution.

Two years after the end of the war, a small group of survivors returned to the scene of the crime, along with officials of the War Crimes Interrogation Unit, in the hope of concluding investigations carried out by the Judge Advocate General. However, it proved impossible to obtain enough evidence, and therefore construct a strong enough for the prosecution. Unfortunately a number of key witnesses had allegedly perished on the Eastern Front, while those who did, refused to talk on the grounds of an oath agreed by members of the SS.

For nearly five decades thereafter, any notion of justice for the fallen of Wormhout was largely forgotten. But on the 24th April 1988, the Sunday Times, reported that Wilhelm Mohnke was still alive and living as a retired businessman, near Hamburg. The Times, along with British MP Jeff Rooker, managed to reopen the case, but the German prosecutor was once again unable to press charges due to a lack of evidence.

More than twenty years later however, in 2011, an official British post war report of the incident was made available to the wider public for the first time. The report stated, categorically that Mohnke had indeed given 'the order that the prisoners were to be shot.' However, bearing in mind that more than seventy years had elapsed since the original incident, and also the fact that Mohnke himself had died ten years previously at the age of 89, any hope of justice being sought for the slain was now sadly impossible.