A Few Essential Points on the Elements Of Comedy

Why Comedy is hard and dying is Easy

Even though that old saying may be funny, there is a lot of truth about the difficulty of comedy. There are many forms and styles of comedy. Here are a few basic observations on what is essential in being funny and why many people find it difficult. It is technical and it is hard.

The Mechanics Of Comedy

I am frequently asked about "Comedy" in writing so I thought I would share a few thoughts and theories on the subject. You may have heard the quote attributed to Edmund Gwenn on his deathbed, "Dying is easy, Comedy is hard." - if you've ever tried to tell a joke or write a funny line, you can relate to Mr. Gwenn's insight.

Joke In The Machine

I read an article in an educational Theatre publication on the "Mechanics" of Comedy. The article introduced the "laughter" theory of French philosopher and Nobel laureate Henri Bergson (1859-1941)

Monsieur Bergson proposed that Comedy happens when "something mechanical" is reflected in human action. "The attitudes, gestures and movements of the human body are laughable in exact proportion as that body reminds us of a mere machine."

Bergson theorizes that "laughter" occurs as a result of our recognition of this "mechanical" function: a person doing a task over and over similar to machine or even some cases, along with a machine. (see assembly line)

While this theory has some truth, I also believe humor can arises when a "machine" malfunctions and a person must react and adapt ; e.g. the classic "I Love Lucy" episode where Lucy and Ethyl are on an (assembly line) and their task is to wrap chocolates moving down a conveyor belt. While the machine-like "wrapping" action is amusing, the humor kicks in when the belt begins moving faster and faster and they desperately to keep up.

His classic one liner was: "Take my wife..(beat) Please!" The expectation is that he is going to say .."for example." The path or direction leads you with "Take my wife.." and that oh so brief pause allows your mind to anticipate or fill in the blank with "for example". Ha! Wrong! That sudden switch with the jolt of "Please!" turns the sentence into something else with a completely different meaning. Our reaction is laughter.

A man walks into the doctor's office with a bird on his head. The doctor says, "How can I help you?" The bird says, "Can you get this thing off my ass?" (misdirection is that the Bird speaks)

While hunting in Africa, I shot an elephant in my pajamas. How an elephant got into my pajamas I'll never know.(well, you can figure that one out)

Why Are You Laughing?

Why do we laugh when our minds are mislead or tricked? Good question! I once heard someone define laughter as "a reaction of disapproval" however, I was never certain if this "disapproval" comes from ourselves, as in "shame on me for thinking one thing that turned out to be that other thing" or if it's directed outside ourselves, as in "shame on you for tricking me into thinking the one thing etc. etc.." which makes us react with laughter.

There is also a theory that laughter is essentially a 'release' for acquired tension. If a human feels threatened in some way, the release valves are tears, laughter or in some case becoming ill.

The real key to comedy is "timing". Yes, timing.

If you go back and watch Lucy on the chocolate assembly line you will notice what makes it funny is her timing; trying to catch up with conveyor belt, wrapping the chocolates faster and faster, falling behind by going to slow etc.. If Lucy kept up with the task it wouldn't be funny.

If she just stopped and gave up - not funny.

If you watch the old great slapstick comedians, Chaplin, Buster Keaton or Harold Loyd you will see what actually makes their situations funny is the timing of their actions and reactions.
There is an old funny bit I learned that illustrates this point - You tell someone to ask you this question: "What Is the most important element of Comedy?" - As they begin asking you the question, yell "Timing!" before they even finish.

The Pause that Refreshes

The same timing fact applies to misdirection humor. If Henny Youngman did not pause for a second in "Take my wife.. Please", the joke would not work. What makes 'comedy hard' is learning the timing. When to have the innocent person walk in the room and observe the guy acting crazy. When to have the conveyor belt suddenly speed up and how fast should the workers react to it. How long to lead the readers down one path before turning back into a humorous twist.

Who Can I Turn To

The best advice I can offer is to observe the great comedians. Read the best comedic writers. Discover their rhythm of humor. Personally my comedic influences are (visual or action timing)-Chaplin,Keaton,Peter Sellers, Rowan Atkinson (for word/written humor) Woody Allen,Mel Brooks,Kurt Vonnegut,Tom Robbins,Neil Simon, Douglas Adams (dry witty humor) Monty Python,Tom Stoppard, Oscar Wilde, Steven Wright... I could go on and on with influences here but the point is I have learned a lot from these people and essentially what I learned is the art and/or science of comedy and timing.

I would like to end this with a favorite old joke I heard long ago - A guy goes to prison and one day is in the cafeteria eating dinner with the other prisoners. One of the prisoners stands up and says "Number 47" and the other prisoners all laugh out loud. A few minutes later another prisoner stands up and says "Number 11". Again, laughter erupts. Later that day this new inmate puzzled by what he witnessed at dinner asks his cell mate, "What was the deal at dinner? Somebody stood up and said a number and everyone laughed. I don't get it." His cellmate explained, "Well ya see, it's like this. We don't get a lot of time here to socialize at dinner. You know, to tell stories or jokes. So we have this one 'Joke Book'. And in this joke book, all the jokes are listed by number. So, we've all memorized these jokes by their number. So if somebody stands up and says a particular number, we recall the joke and have a laugh." Intrigued with this information, the new inmate gets a copy of the 'Joke Book' and commits all the jokes to memory along with their numbers.

his cell mate, "Gee I don't get it. I learned all the jokes like you said. I tried it out at dinner tonight and nothing! Why?" His cell mate pats him on the back and says, "Face it man. Some people can tell and jokes and some people can't."

Comedy below the Surface

Laugh is in the Pudding

I was trying to explain to someone why a recent theatre piece we saw didn't really work as a comedy. Yes, it was meant to be funny but despite a few giggles, groans and that odd blowing sound people make, like a strangled sigh, the work didn't really get any honest belly laughs. Why?
I had to consider the material for a while until I could pin-point the issue. It was chocked full of local and pop cultural references. Sometimes an audience will acknowledge 'familiarity' with a laugh and sometimes they won't. I think the proof is in the pudding. The what? Well, what I mean is - if you lay something right out in the open on the surface, something familiar to people, of course they will get it. But is that funny? Well, no. However, if you make them work a little for it, think about it, dig into the pudding to uncover it, the laugh will be there.

Let me explain further. OK. Maybe stand up comedians simply use material that we all can relate to. Our acknowledgment or more specifically, our recognition of it, can make us laugh. We hear something within the joke that we identify with - "Oh I have done that!" etc..

Example: George Carlin was infamous for pointing out simple things we could relate to- such as a simple statement like: "Have you ever been wearing a hat for a while and then you take it off, but it feels like the hat is still on your head?" Or "Have you ever noticed that anybody driving slower than you is an idiot, and anyone going faster than you is a maniac?" - In essence, these are very simple observations that most of us can relate to and admit - "Yes! I have done that!"

But as simple as these observations are - each takes a moment to think about, we have to dig down a little further and uncover a memory of "wearing a hat" or calling someone an "idiot" while we were driving. Note: we had to think. We need to call up a mental image of ourselves or maybe someone else, and when we find a memory that allows us to recognize the image - we laugh. Why do we laugh? Well, maybe because we realize we are not the only one who "thought" about it. Wow! A whole room full of people have felt the phantom hat!

Now, if you merely sprinkle your dialogue with blanket references, such as mentioning a popular game show, or presidential candidate or local radio jingle, sure the audience may "relate" and/or "recognize" it but their "thinking" doesn't have to go very deep. It's nothing very personal, it's merely a recollection.

Here's another example of a cultural reference that I saw just recently in the film "Rango". Near the beginning of the movie, there is a traffic accident in which the chameleon,

played by Johnny Depp is tossed through the air on a desert highway and for an instant, lands against the windshield of a car driven a character who appears to be Hunter S. Thompson. Why is that funny? Well, anyone who has read "Fear and Loathing In Las Vegas" will be familiar with the beginning passage where the character "Raoul Duke" is having vivid hallucinations as he drives through the desert. OK that's one level. Let's dig down in the pudding further - the film version of "Fear and Loathing in Las Vegas" had Johnny Depp starring as the character Raoul Duke. So, in essence we have a Johnny Depp character interacting with... yes, you guessed it, a Johnny Depp character. This very quick visual reference or joke works on two levels, but you had to processes a bit of mental thought and recognition to get it.

The bottom line is the reference will be funny if your audience has to think for a moment or to actually work to "get it". That is why the theatre piece we saw didn't invoke much laughter. Having one character say, "Wow, she's a real Sarah Palin" - doesn't do much. Just saying the name Sarah Palin isn't really funny. Maybe if the line were, "Wow, she would make a great Governor of Alaska!" - could work better. We would have to think and provide the reference for ourselves - in other words, do the work to make the joke.

So, simply throwing out references on the surface your dialogue, on top of your pudding, will lay there somewhat flat. Give the audience some spoons. 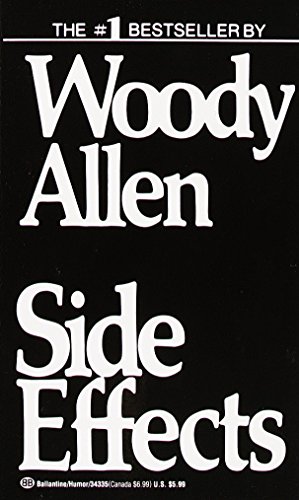