Back in 1903, when Orville and Wilbur Wright climbed aboard the Kitty Hawk and took off on their momentous first flight, you can bet nobody packed a hamper with cookies and a Thermos of hot tea to help keep the pioneer aviators' spirits up.

Passengers flying on today's commercial airlines have decidedly better options when it comes to in-flight dining. Yet there are few topics more contentious than the quality of airline food. Ask any frequent flier, and you are more likely to be regaled with memories of mysterious meals than glowing reports of mouth-watering sky-high cuisine.

Considering the logistics of supplying edible, let alone haute, cuisine to the one billion plus people who fly annually, it is fair to say that despite the occasional foil-wrapped lapse, the world's commercial airlines have made significant advances since the first passenger flights took to the air 80-odd years ago.

From the turn of the century to the early 1930s, travelers keen on transcontinental travel had few options but to board an ocean liner for a lengthy passage. After World War 1, however, enterprising former military pilots began to carry the first adventurous commercial passengers on planes which flew the airmail routes. These inaugural flights were primitive, to be sure: there was no in-flight service, and pilots considered their passengers a "necessary evil". But the mavericks running these new commercial airlines soon realised that speed and excitement were not enough to lure wealthy passengers from luxurious staterooms to a cabin in the sky.

So, "If you can't beat 'em, join 'em!" became their unofficial motto and airlines began to duplicate the high standard of service provided by the great ships. They also borrowed some of the ship's terminology. Aircraft became known as flying boats; waiting staff, called stewards, worked in galleys and they knew their port from their starboard. Passengers sat in high-altitude dining rooms and devoured lavish in-flight fare supplied by the kitchens of celebrated hotels and restaurants. Stewards wore fancy uniforms and tables were laid with fine china, crystal goblets and linen napery.

Sounds decidedly glamorous by today's standards. Yet unpressurized cabins and no access to electricity meant that even after 1936 when American Airlines installed the first rudimentary galley in their DC3, it was difficult to keep food at the necessary temperature. Thermoses were used for hot and cold foods, but still the lettuce would freeze before the crew could toss a salad.

Are You Being Served?

With mass travel came the need for mass catering, and hotels and restaurants began to lose favor as food suppliers when United Airlines installed the first experimental airport kitchen in Oakland, California, in 1934 - an innovation, along with pressurized cabins in 1939 and purpose-built galleys, which had a big impact on in-flight catering.

During the '40s and '50s, a huge increase in passenger numbers saw the end of on-board dining rooms, and travelers began to experience a standard of in-flight service similar to that which we know today. Of course, there were no class distinctions back then; anyone who could afford a ticket was treated to identical service. On long-haul flights - like the Qantas Constellations on the Kangaroo Route from Sydney to London - passengers continued to be treated to a somewhat elevated level of service, with food served on china plates and linen tablecloths in the '60s.

Pan Am used Maxims to provide food on its New York to Paris flights. And when the first 747s took to the air in the '70s, they further revolutionized in-flight service: first-class passengers had the option of buffet-style dining (choosing meals from a "food display area"), or a swinging club-style lounge bar on the upper deck complete with a piano!

By the 1960s, commercial airlines were routinely serviced by mass catering companies, sometimes owned, but often leased by the major airlines or large hotel and restaurant chains. All airline meals are now prepared in huge kitchens, known as in-flight catering facilities or "food factories", located at, or near, airports, which operate 24 hours a day, seven days a week, 365 days a year.

Pre-prepared food is loaded onto aeroplanes, then reheated on board by flight attendants, who can walk upwards of 10 miles on a trans-Atlantic flight in the course of dispatching meals from trolleys. And if you are wondering why chicken is always on the menu, it is because it holds up better than red meat (which can only be served well done) and remains moist and tender even after reheating.

Of course, today's savvy passengers know that pre-ordering one of the "special" meals now on offer can mean the difference between a good or a so-so meal. Vegetarian, Hindu, salt-free, kosher and low-fat meals are now widely available on most flights, but only if you order in advance. 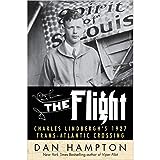 It's a Class Thing

If you can afford to rise above economy class, you will undoubtedly get a better meal deal. The adage, "You get what you pay for" is alive and well in the air, and today's first- and business-class fliers are offered up to three meal choices, as well as free drinks, and gifts like clock radios, electric shavers and personal beauty kits which now, along with the usual socks and sleep masks, include such luxuries as aromatherapy oils. And we are now seeing a return to the gourmet meals of yesteryear, with several airlines employing famous chefs to help design their menus. British Airways has an all-day snack service for first-class passengers, so if you need a sugar fix, there is a Mars Bar with your name on it. They will even whip you up a cappuccino to go with it. While on Virgin Atlantic - which many regard as having the best in-flight service - upper-class passengers can slip into free pyjamas before tucking into a nice bowl of pasta. No tray, no oblong dish, no foil!

There is no doubt that airlines place great emphasis on in-flight service. But food is not served to passengers simply because they might be hungry - it plays an important psychological and physiological role. Put simply, food is an important distraction, especially on long-haul flights where the guarantee of regular meals goes a long way towards breaking the monotony.

Food is especially crucial, however, for fearful fliers (who prayed openly on early flights!). As early as 1946, Pan Am flight attendants were taught that "blood cannot be in two places at once": when we eat a meal, blood is drawn from stress areas - white knuckles gripping an armrest, for instance - to the stomach for digestion, which reduces tension in other parts of the body. So, when flight attendants see a nervous passenger, the rule is "feed them first", then talk to them. A stiff drink may also assist in relaxation, but it also dehydrates, so truly fearful fliers should avoid alcohol (especially red wine), and cheese, which can exacerbate anxiety.

Of course, you do not have to be a fearful flier to be nervous about flying on certain (nameless) airlines, which usually operate out of developing countries. Not only is the food often something to be highly suspicious of (one friend remembers being served green "meat"), but passengers often bring their own food on board and, rumours abound that several air disasters have been caused by passengers attempting to cook their own meals by lighting butane and gas ovens in the toilets!

We have come a long way since the days when carbonated beverages routinely exploded on flights. Now, the only pop you are likely to hear on board is the sound a cork makes when it leaves a celebratory bottle of Champagne. Bon voyage!