Why is Arkansas Amazing?

Are you looking for fun worksheets and lapbook pages, children's books, and YouTube video clips for teaching and/or learning about Arkansas? Whether you're a school teacher, homeschooling parent, involved parent, librarian, lifelong learner, or a student searching for ideas and books on Arkansas, look no further! This is part of a series of pages I created while teaching about the fifty states. You can find the links for my pages for each of the 50 states at Teaching the 50 States of America .

I have been to Arkansas. Have you?

Hot Springs National Park, established as a national park in 1832, is the oldest park maintained by the National Park Service. It is also the smallest national park by area, but the former spa area continues to receive many visitors each week. Once thought to have medicinal powers, the hot springs were a popular spot visited by Native Americans, early settlers, and wealthy celebrities (such as Al Capone).

Arkansas is the leading state in rice production, providing almost 45% of our nation's rice. It is the second leading state in poultry, trailing behind Georgia. It is also a leading producer in soybeans.

Mount Ida is known around the world for its rich quartz deposits. They have deemed themselves the "Quartz Capital of America."

Wal-Mart, the 3rd largest corporation in the world, was begun by Sam Walton which his first store in Newport, Arkansas, who started a "no-frills" store. His family continues to run the company.

Arkansas's State Flag is full of symbolism. It includes a diamond shape because it was originally the only state in the United States with a diamond mine. The twenty-five stars represent that it was the 25th state to join the United States. The blue star at the top represents Arkansas's history of being part of the Confederate States of America. The 3 stars at the bottom relay back to its history of being part of the Louisiana Purchase (signed in 1803) and to it belonging to 3 separate countries (Spain, France, and the United States).

Our Favorite Children's Books on Arkansas

N Is for Natural State: An Arkansas Alphabet (Discover America State by State)
There are so many children's books on individual states. We sorted through quite a number of them before concluding that this series on individual states is the absolute best for my family, with children of multiple ages.
Buy Now
Click thumbnail to view full-size

Julie the Rockhound by Gail Langer Karwoski is a nice story about a girl who loves to find rocks, particularly quartz. This does not specifically take place in Arkansas. Since Arkansas is full of quartz crystals, this book is a good choice for this state. My children (ages 2-9) enjoyed this story.

Cookie Boy: Travelin' Arkansas by Cheryl Davis is a cute Arkansas version of "The Gingerbread Man."

The Goat Woman of Smackover: An Arkansas Legend by Ramona Wood is based on a real woman in Arkansas who taught local children about folk music and dance.

18 Wheels Rolling to Arkansas by Dasha Headley is a simple picture book (ideal for preschoolers) that describes the sites someone sees as she travels through Arkansas in a truck.

Natural Numbers: An Arkansas Number Book (America by the Numbers) by Michael Shoulders is very similar to the above book, "N Is for Natural State: An Arkansas Alphabet", but it features numbers rather than letters to highlight the main points of interest of the state.

Arkansas's Sights and Symbols (Kid's Guide to Drawing America) by Jennifer Quasha is part of a great series that combines state geography with art. Even my 6 year old could follow the drawing directions and my 9 year old created some impressive drawings while learning more about Washington state.

Bill Clinton: Forty-Second President 1993-2001 (Getting to Know the U.S. Presidents) by Mike Venezia, which is a picture book (that also contains some photographs) about former President Bill Clinton, who was originally from Arkansas. It paints him in a positive light, and my children thoroughly enjoyed the occasional humorous illustrations and comments. 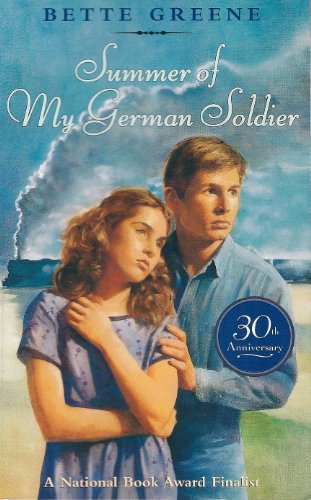 Summer of My German Soldier (Puffin Modern Classics)
This 230 page chapter book takes place in the 1940's in Arkansas. It is about a young Jewish girl who falls in love with a German boy, who is a Nazi prisoner of war who was brought to the prison camp in the town.
Buy Now
Click thumbnail to view full-size

Cotton in My Sack by Lois Lenski (191 pages) is a classic chapter book which focuses on historic Arkansas and describes the life of a family of tenet cotton farmers who are always struggling to make ends meet...until a kind teacher works to help their 10 year old daughter rise above the impoverished life.

Little Rock Nine (Turning Points) by Marshall Poe (128 pages) is a graphic novel (meaning comic book format) written for teens that focuses on the story of one of the children who was part of the Little Rock Nine. It does a good job of conveying this historic group.

Mr. Sam: How Sam Walton Built Walmart and Became America's Richest Man by Karen Blumenthal (192 pages) is a good biography written for teens about Sam Walton and how he created the Walmart, starting with one store in Newport, Arkansas.

Lost Treasures of Arkansas's Waterways: Hidden Mines, Buried Fortunes, and Civil War Artifacts by W.C. Jameson (112 pages) is the type of book my sons love to read. The author tells the legends of 16 known treasures that are yet to be discovered and are all thought to be in Arkansas.

I've Already Forgotten Your Name, Philip Hall! by Bette Greene (176 pages) is about a girl who visits her grandmother and friends in Arkansas and has to deal with friendship and honesty issues.

Our Favorite Free Worksheets and Lapbook Pages on Arkansas

All About Arkansas and Arkansas for Teachers offer links to lots of free worksheets covering Arkansas. Also included are book suggestions and general information.

Where is Little Rock, the capital of Arkansas? 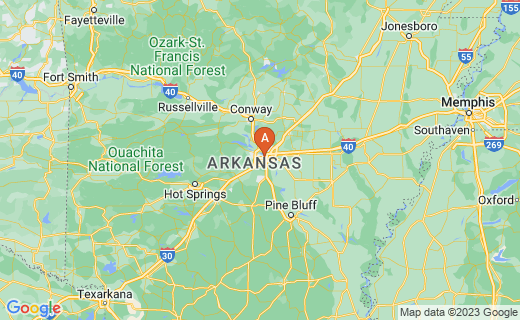